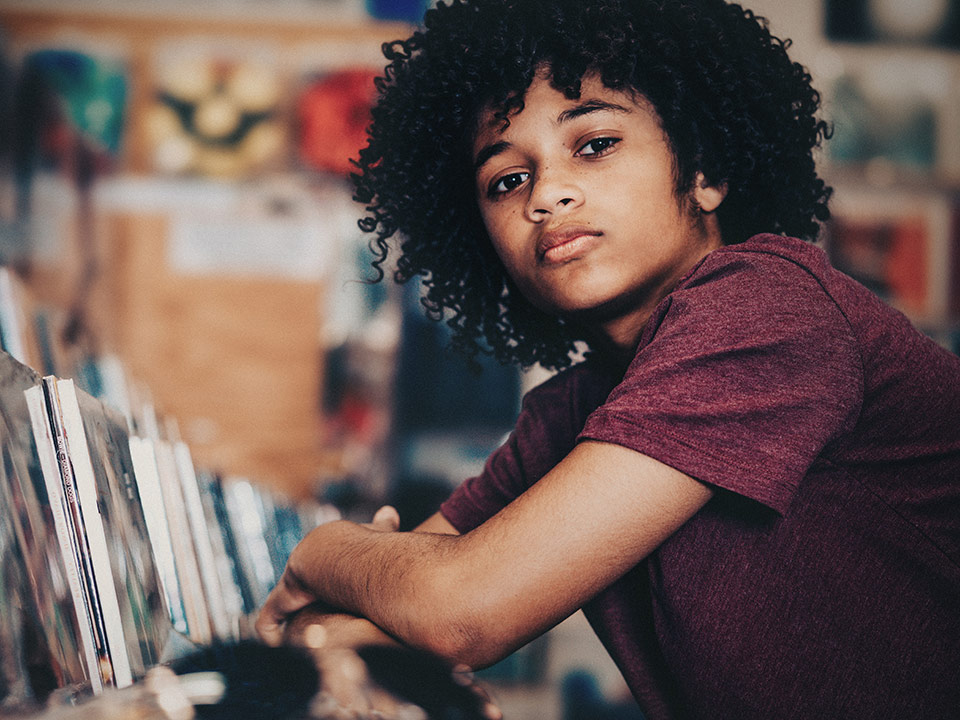 Check out our interview with Netflix’s “We Can Be Heroes” actor Lyon Daniels who stars opposite Boyd Holbrook, Pedro Pascal and Priyanka Chopra.

After their parents have been kidnapped by alien invaders, the children of Earth’s superheroes team up and learn to work together to save their parents and the world. Lyon plays a kid with super powers, who is enlisted to join a group of kids to help save the world from alien invaders. Lyon is biracial and got his start in modeling.

Lyon can be also seen on Amazon’s “The Patriot.” 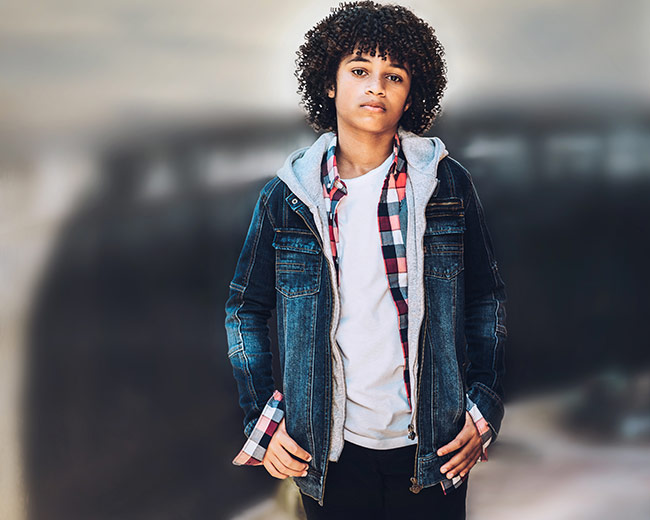 Hi Lyon, please tell us a little about you?

Hello, I am an actor who will be starring in an upcoming Netflix film directed by Robert Rodriguez called We Can Be Heroes. I am 13 years old, I love acting, directing, and editing my films, drawing, classic horror films, dinosaurs, and Starburst candy!

I started at 18 months old modeling for clothing brands at Macy’s, Kohl’s, Target, etc. and then once I got a little older and started reading, I realized that I wanted to focus on acting instead. Every weekend my parents would drive me down to the city in Chicago to attend the Second City acting class. Second City is a very famous acting studio where many Chicago Saturday Night Live greats have come out of such as Steve Carel, John Candy, Dan Aykroyd, John, and Jim Belushi, etc.

Acting has made drastic changes to not just my present life, but my future. I have decided after high school that I would like to attend film school to become a Director. Now that I have had my first lead role as a Superhero it’s all becoming so real and exciting, I can’t wait to see what happens next.

The best part of acting in my opinion is the different personas that you can take on. When you get a new audition, it’s like getting ice cream from an ice cream truck. It’s sweet and delicious, but when that ice cream melts is how I feel when I get rejected for a part that I wanted. What I hate most about acting is the rejection.

Tell us about your work in Amazon series “Patriot?”

My scenes were filmed in Chicago and this was my very first television role. Patriot is about an intelligence officer who must take on an undercover assignment in Iran, but PTSD spells, incompetency in the federal government, and the challenges of keeping his cover spark an onslaught of debacles that put the mission in danger.

And about your role as Efram?

I played a reoccurring role as a character named Efram. Efram was the secret biracial son of the intelligence officer’s brother played by Michael Chernus. Edward Tavner, Efram’s father is a Congressman who becomes a badge-carrying attaché for the Foreign Affairs Subcommittee on Terrorism, Non-proliferation, and Trade.

I prepare for a role by first doing some research on the project. I like to look up who the director, producer, and casting directors are to learn more about who they are, what they have done, and to find out if I am familiar with their previous work. I then begin reading and memorizing the lines with my mom, who has been my acting coach over and over again until I burn it into my brain. Once I have the lines down, I then begin to figure how I’m going to add my touch to the character and utilize this in the actual performance.

I played a reoccurring role as a character named Efram in the Amazon Original Series Patriot as I mentioned above. I will be interviewed in an upcoming documentary film called Why Dinosaurs, which you can check out on YouTube or on Instagram @whydinosaurs! I also recently did a voice over for a wacky Amazon animated show called Fundamentally Cynical.

I like to be able to show my acting ability as much as I can so I would love to take on dramas someday like Leonardo DiCaprio or Joaquin Phoenix. I also think it would be really fun and challenging to get into a character role like Johnny Depp does in all the roles he takes on from Willy Wonka, to Pirates of the Caribbean to Edward Scissor Hands. I would also of course love to play a superhero in the Marvel or DC universe such as Static Shock or Miles Morales.

I would have to say the way it strengthens my acting ability, the auditions you get are unexpected, but most of them are challenging so it keeps me motivated and my acting inspiration high. I have been so lucky to meet some life-long friends in my castmates along the way! When you finally get to see all the work come together and the final edit of the production, it’s like Christmas morning!

They would describe me as nerdy, bonkers when it comes to sleepovers, and artistic when we draw.

What’s next for Lyon Daniels in the last months of 2020?

I will be super busy promoting my upcoming Netflix film We Can Be Heroes! I cannot wait for all of you to see it, I am so proud and excited about how great it turned out!

I am a happy person. My definition of happiness is to be at peace with myself and my own thoughts. To feel whole and complete and satisfied with me without any outside influence needed.

I would want to meet Chadwick Boseman before his passing to tell him how much we appreciate all that he’s done for the black community and not just for that, but for equality in representation itself.

On the set of my first TV role for the Amazon show Patriot, I was pretty nervous. My TV dad Michael Chernus told me a story from when he was on set filming Men in Black with Will Smith to make me more comfortable. Michael told me that Will told him to stay chill because “movies are made in pieces”.

I see myself in film school practicing the art of directing and making movies, and still getting auditions for other films and acting.

I think it’s exaggerated, maybe even overused. I feel like people need to get out more and hang out in nature and enjoy the beauty of our lush escape. Social media has created so much narcissism and I’m just a real down to Earth, chill dude who could care less about all that TikTok/ Twitter hype!

Quote: “We have a T rex” and “spare no expense” they are both from my favorite movie of all time Jurassic park!

Sports Team: I’m not that into sports so I do not have a favorite team

Tv Show: Game of Thrones and Lost In Space on Netflix

Book: Harry Potter – All of them