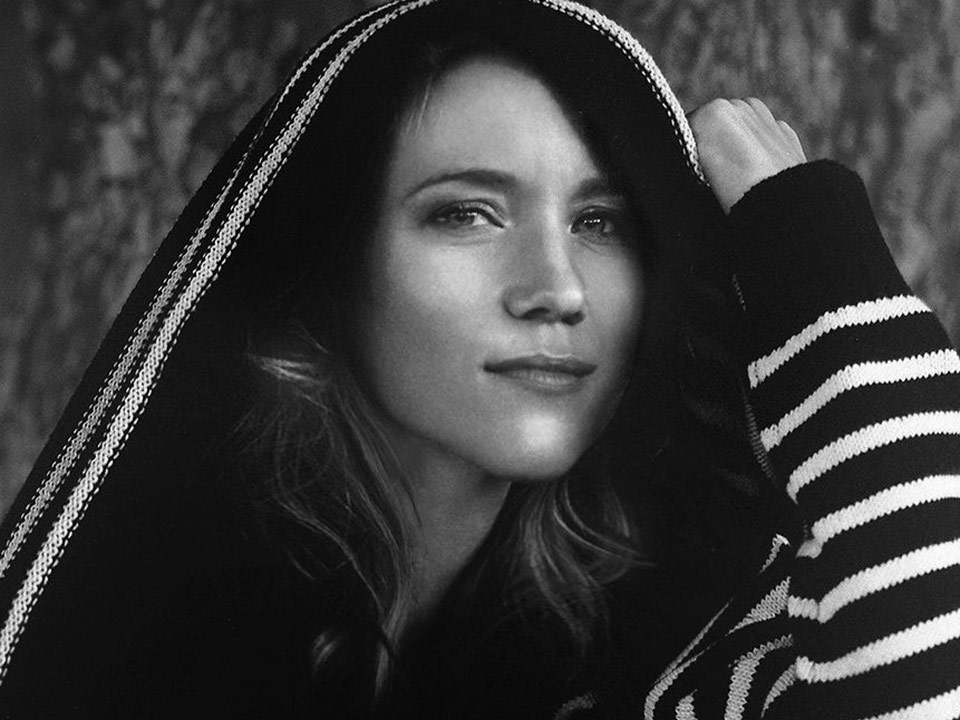 Check out our interview with talented actress and musician Jessy Schram.

Jessy can be seen as the starring lead role in the Hallmark Channel original movie “Country at Heart.” Struggling Nashville singer/songwriter ‘Shayna Cook’ (Schram) is on the verge of giving up on her career when a chance encounter with a prolific songwriter ‘Grady Connor’ (Niall Matter) changes everything for Shayna. As the story unfolds, Shayna is forced to choose between love and possible stardom. The movie is part of Hallmark Channel’s annual “A Little Romance” programming.

Jessy is also a talented musician. She will be sharing her voice with TV audiences in “Country of Heart,” performing original music for the movie from the James Barker Band and recently released her brand new single Do I Dare.

My siblings and I would always record fake commercials and music videos with our VHS recorder. I told my mom I wanted to be on the real TV so she signed me up for casting calls and eventually I landed an agent. It all took from there!

Acting is my job but also what I love doing. I lean towards living to work as opposed to working to live.

The rollercoaster ride! The highs can be so high and the lows are so darn low.

Tell us about your work in Hallmark Channel original movie “Country at Heart?”

It’s a movie that meant a lot to me and filming was so rewarding because I was doing it with other artists that felt the same way about it as I did. We all put a lot of love into making it.

Shayna Judson is a singer songwriting that is at a crossroads in her career. She’s not exactly where she thought she’d be at this point in time and isn’t sure the dream is worth chasing any more. She takes a break to reassess and help her Dad put on a music festival. In the process she meets a hit songwriter (played by Niall Matter) and music superstar (Lucas Bryant). Both of these relationships give her an opportunity to have her voice be heard as well as get back to what music means to her. As she falls in love with music again and the process, she finds love in her personal life as well.

And about your work on NBC’s “Chicago Med?”

I play Dr. Hannah Asher, a gynecologist that deals with an addiction to heroin. We see what her journey is like when the addiction interferes with work and with her personal relationships, and the effect it has on those around her.

Now tell us about your music career?

Music has been something I’ve always been a part of. Ever since I moved to LA, it’s been more of a hobby and I’ve loved any moment I’ve gotten to use it alongside acting. I’ve been writing songs since I was ten years old and any chance I get to perform live- I’ll be there! I’ve been able to access the music world through characters in TV and film and as of lately I’ve decided to push any fears aside and start recording my own music, and start sharing that side of myself.

Now tell us about your new song “Do I Dare?”

Do I Dare is a song I wrote with my friend Willow Stevens. We had a storyline we were writing for with the theme being friendship and this dare to go further; taking that leap to be with someone no matter the risk, because not trying would be worse than knowing you never even gave it a go. 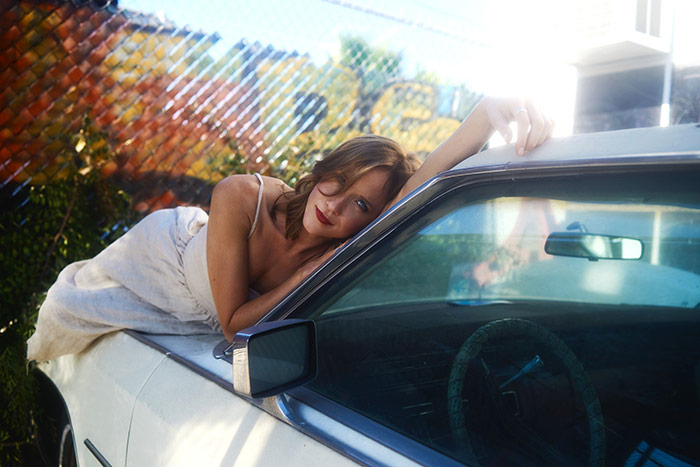 The experience of making the piece. The moments within that time period. The most rewarding part is the effect your project/role has had on someone’s life.

No cheat foods in my book! But the not so healthy choice that I indulge in too much, would be any baked good with frosting. It’s my weak spot.

2020 has proven it won’t let us plan ahead! But I just finished a Christmas movie for Hallmark called Nashville Christmas Carol that will air in November and am hoping to revisit some past TV roles that will air sometime later this year!

A happy wake up from my cat, Pirate. A good breakfast. Chess with my boyfriend. Fresh air. Anything other than that is just frosting on the cake.

I do. I love learning and getting involved where I can, recently I’ve been learning a lot about Liberia Chimpanzee Rescue & Protection, but I’ve had personal and continued involvement with Corazon De Vida, Red Eye, Support and Feed. They’re very close to my heart.

Social media can be super fun, inspiring and help us keep in touch with each other, learn new things and discover. It can be a way to get the word out. But more often than not I feel like it’s plaguing my brain and breaks are very very needed for me to reconnect with what being human is actually about.

Quote: It’s actually a poem- “I thank You God for most this amazing” by E. E. Cummings