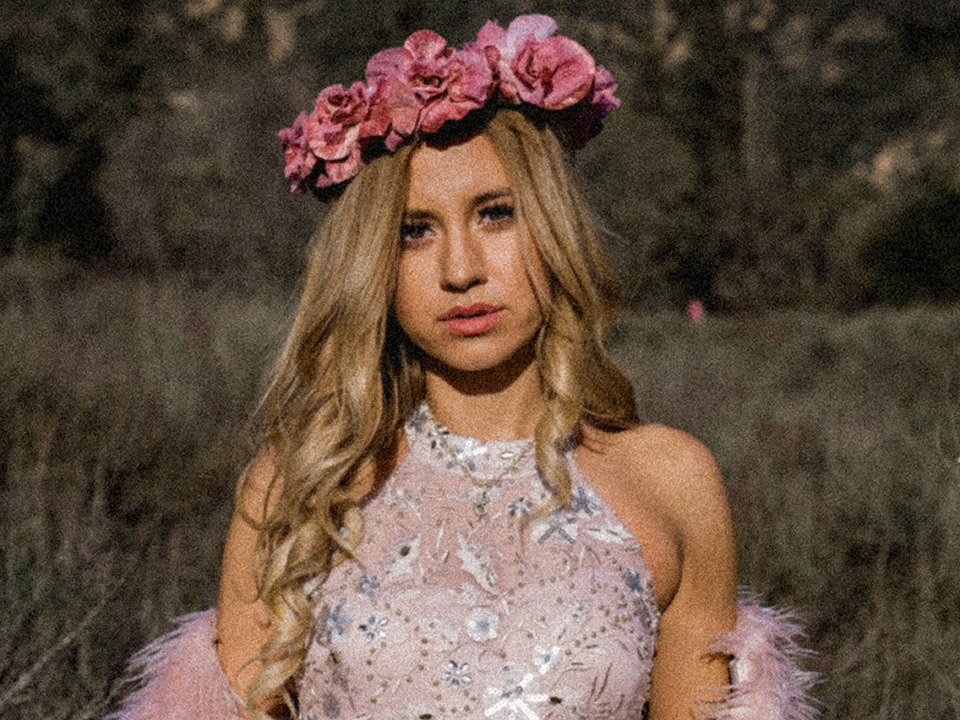 Born and raised in Detroit, this music industry powerhouse started writing music at eight years old and signed a record deal with Ken Caillat by the time she was in high school. A songwriter, producer, and actor, she’s written songs for R&B artist JoJo and Grammy winner Colbie Caillat, with tracks featured on Netflix’s “Extinction” and STX Entertainment’s “Bye Bye Man” as well. Audiences have experienced her unique style on stages across the country, including iconic venues like Los Angeles’ Hotel Cafe and the Hard Rock Cafe. Her debut album, however, has been years in the making, filling notebooks with lyrical fodder and drawing inspiration from the struggle of stepping outside of your comfort zone in search of your dreams.

Hi Callaghan, please tell us a little about yourself?

Hi, thank you for having me. I’m a songwriter and musician from Detroit, but I currently live in Los Angeles. I’ve been working behind the scenes as a songwriter for years, but now I’m finally releasing material as an artist and I’m so excited! Feelings are my favorite and I hope that shows in my music.

How did you get started with music?

I started writing songs when I was a little girl. The song that ultimately got me my first record deal was called “Runaway Jesus,” and the “R” was actually written backwards because I was so young. I used to write at least two songs a day…looking back, I can’t imagine what an 8-year-old even had to write about!

This might sound silly, but I was in 3rd grade listening to JoJo’s first album and that’s when it hit me. Suddenly my only goal was to become an international superstar by age 12 just like her. Obviously, that didn’t work out. Haha. But last year, I actually got to work with JoJo and tell her this story, which was pretty surreal.

If my mom had it her way I’d still live in my childhood bedroom in Michigan, not 2,000 miles away in a big city. But all jokes aside, my family has been incredibly supportive.

What is your musical background

My dad mixed some pretty epic records while I was growing up. He’s always been a bit out of my league. And my mom has a beautiful singing voice. I took piano and guitar lessons when I was young. And even auditioned as a jazz pianist for a conservatory in Manhattan… That would’ve been an interesting path. Learning to produce my own music really changed my life though, you know? I feel like it gave me an entirely new form of expression.

What kind of music do you usually listen to?

I love any song with a story. That could be anything from country to rap. But I’d say my favorite genre at the moment is dark, alt-pop.

Tell us about your debut single “Dear Detroit?”

I wrote “Dear Detroit” after a meeting at The Beverly Hills Hotel. During the meeting, I’d been told people were only interested in hearing songs about conflict and struggle. To be honest, they specifically mentioned “guns and thugs” and that I’d get nowhere without a leather jacket, bubblegum, and a bad attitude. It was ignorant, contrived advice coming from people in such a privileged environment. But it made me think, “Guess where I’m from.” I feel like we live in a world of comparisons these days and the song captures that. It reflects feeling too deeply in a shallow world. I wanted to write a tribute to the place where my family comes from and capture the bittersweet feelings that come with leaving home. It’s about being homesick for a person, a place, an emotion…

What are your music influences?

To release my first EP, Sovereign, and then tour! I’d love to open for a major female artist.

For me, happiness is all about being in the moment focusing solely on the task at hand. Whether that’s an interview like this, watching a movie, getting coffee with a friend. There’s something magical about the present moment.

A notebook to write in, Glossier Balm Dotcom, a good cup of coffee, my piano, and the TV show, Friends.

I get nervous the day of a performance, but as soon as I’m about to go onstage I go into zen mode. Once I’m performing, I never want it to end.

Sing along with your favorite artists! It’ll help develop your ear for riffs and placement. When I was little, my mom and I would drive a couple hundred miles to my grandparents’ house every few months. I’d sing along to Kelly and Christina the whole way there.

Well I’m currently majoring in political science, so you’d think my answer would be related to that. But honestly, up until now I’ve been writing for other artists and doing voiceovers—so it’d probably be a continuation of that. Or maybe fashion. But I’d rather just keep singing.

Tell us something most people don’t know about you?

Anita Baker is my godmother!

I have no idea why, but I’ve desperately wanted to go to Australia my whole life. I’d love to adventure there with a group of friends someday.

I would love more than anything to have Dolly Parton on speed dial. I’d call her up like, “Dolly! This happened…what do I do?!” That woman is the definition of female empowerment and wisdom. Plus, she’s filled to the brim with witty advice and lyrical poetry.

Pizza! My friends make fun of me because I can honestly eat an entire pizza by myself.

Lack of social conscience— When someone is indifferent to current events and political issues, it’s hard for me to take them seriously. I think it’s important to look outside yourself, see the world for what it is, and care.

As lazy as possible. I’d only wake up and get dressed to go to the beach.

Honestly, I live to put an outfit together. Somehow, I landed a rent-controlled apartment in Los Angeles with a walk-in closet. It’s a dream. In my opinion, there’s no such thing as overdressed as long as you’re comfortable.

A bohemian blend of the Olsen Twins and Gigi Hadid.

I wish social media were less important to me, but I spend an embarrassing amount of time on Instagram. Something I always keep in mind is to go places and see people for the experience and the fun, not for the photos.

What is next for Callaghan Belle in 2019?

My first EP, Sovereign, is finally going out into the world. My second EP is almost finished as well. Is it too much to release both this year?