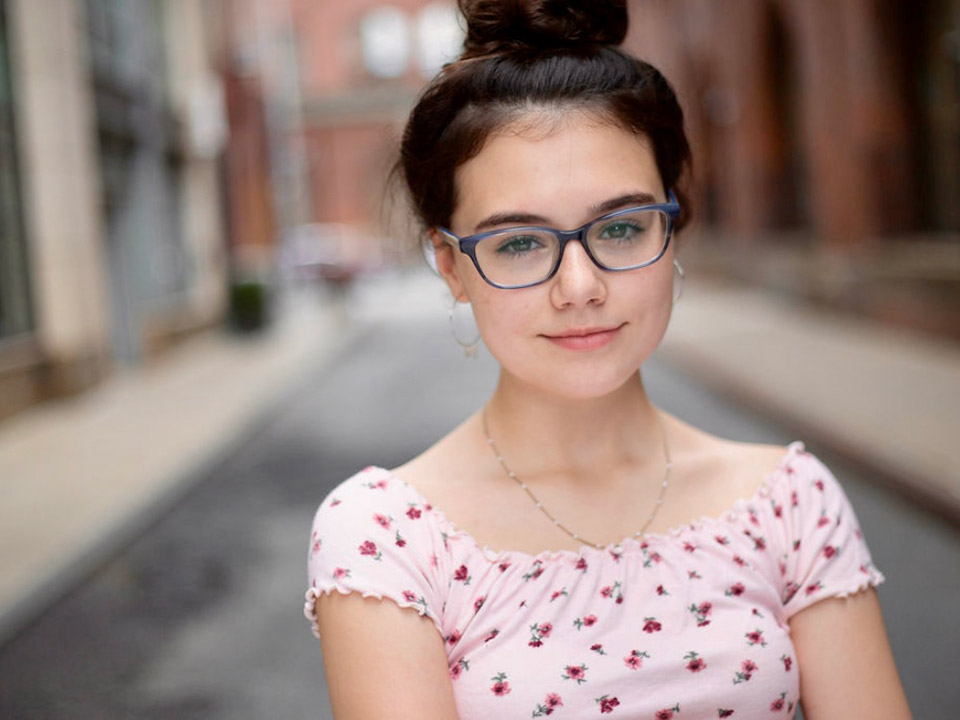 Check out our interview with very talented “Outer Banks” actress Julia Antonelli. This outstanding 18 year old plays the role of “Wheezie Cameron” the younger sister of Sarah and the daughter of “Ward Cameron,” one of the main characters and a primary antagonist in the series. Wheezie is the type of sister who wants to be involved in everything, especially with her older sister, Sarah. She is a bit of a snitch, especially with her sister’s boyfriends, Wheezie does play a pivotal part in the series and have to tune into Season 2 of Outer Banks to see what “Wheezie” is up to.

This 18 year old actress and singer will also make her appearance in Showtime’s hit series, “Billions” Julia in Season 5 plays the role of Siena, which stars Damian Lewis, Maggie Siff, Daniel K . Isaac and many more. Julia has also portrayed a young Anjelica Hustin in the film, “Trouble,” which also starred Julia Stiles, Bill Pullman and David More, among others. She also starred alongside soccer super star, Alex Morgan in the WB/Nick productions of “Alex and Me.” Julia played the lead role of Grace and got to work side by side with Alex.

My mom was on Broadway when she was a child so she helped me get involved with auditions and classes.

Show business has changed my life in good ways. It taught me to be mature and to be a good listener.

The worst part in my opinion is the traveling. You have to leave your friends, family and even your pets at home while you are filming. The BEST part is being on set with my cast mates, getting to meet directors and crew members. I love seeing the shows’ fully edited and watching them on screen! I also enjoy being able to reach an audience and hope they appreciate my hard work!

Tell us about your work in hit NETFLIX series “OUTER BANKS?”

On Outer Banks I love playing Wheezie! My acting skills have really improved because I get to work closely with the director, Jonas Pate, as well as my cast mates Madelyn Cline, Drew Starkey, Charles Esten and Caroline Arapoglou. They taught me to improvise and ad lib which really helped my acting and character development.

What we can expect of Season 2?

Season 2 is going to be crazy! It is even more exciting than Season 1 so be prepared! The storyline is amazing and the writers have made this season a wild adventure! I cant’ wait for everyone to see it!

I prepare for my roles by really thinking about how the characters would feel in various scenes/situations.

I’ve done 2 shows for Nickelodeon, a few movies and recently an episode of Billions. I’ve met some amazing people and made life-long friends throughout my career.

The most rewarding part of my career would be watching the shows when they are aired. It’s so interesting to see the full edited result and how important every aspect of the work is finally put together. There are so many people working behind the scenes on a show. Every job and person is vital to making a successful project.

I’ve learned to never become too full of myself! I will always try to remain humble and remember that this business is about teamwork!

My best friend would say that I’m goofy, fun, honest and loyal!

What’s next for Julia Antonelli in 2021?

I’m working on a film right now in Montreal! Then I’ll be going to college in the fall.

My definition of happiness is being surrounded by close friends and family and also being grateful for having such a great life!

I would love to meet Tom Holland!! He’s incredibly talented and also handsome!

I really support all the work that St. Jude’s children’s hospital does for their patients.

In 5 years from now I hope to be a college graduate and a main cast member on a really successful television show.

I have many favorite songs including: Raspberry Beret (Prince), Under Pressure (David Bowie and Queen) and Valerie (Amy Winehouse) and ANY Christmas song!

Social Media is both good and bad for our mental health. I enjoy reaching my audience but am always worried about what people think! This is not always a healthy way to live!

Book: Of Mice and Men