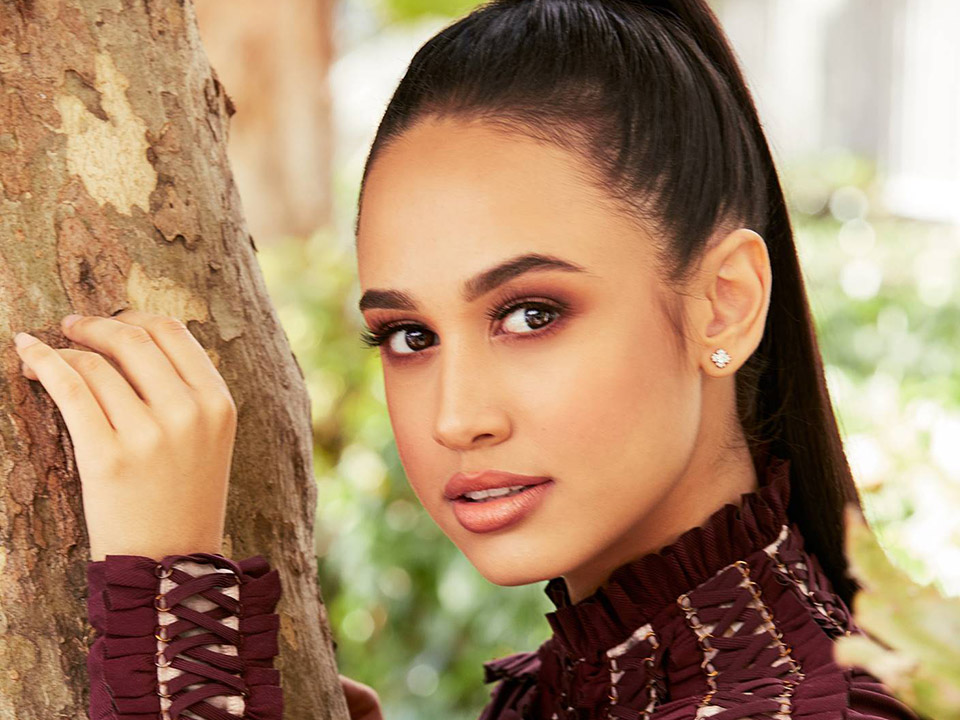 Check out our interview with talented actress Emily Tosta who can be seen as the second lead/female lead opposite Nicolas Cage in the super fun, quirky, drama thriller, Willy’s Wonderland. The film marks, Emily’s first motion picture and her first lead in a movie. In the film she will plays ‘Liv,’ a rebellious teen whose parents were killed on a family trip to Willy’s Wonderland by the possessed animatronics characters in the theme park. Her younger character escapes and is raised by the town’s sheriff. While the teen decides her life mission is to destroy Willy’s her goal becomes possible when a mysterious man (Cage) comes to town and she is instantly drawn to him.

In addition to Willy’s, Emily will continue to play the fan favorite role for the last three seasons of ‘Letecia,’ a badass take no shit dangerous, prostitute, teen on the FX series “Mayans M.C.,” which will be airing season 3 on March 16th, 2021. 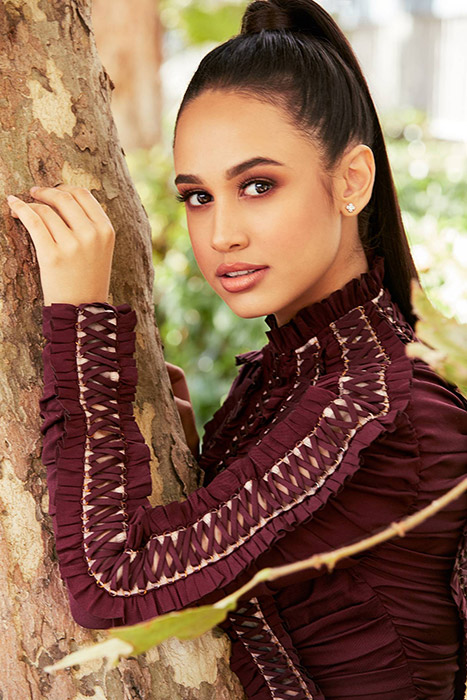 I was born and raised in Dominican Republic where I started my acting career when I was 7 years old. I did a lot of theatre and commercials in my country. Later on (at 12 years old) my mom and I decided to move to the US to continue pursuing my career! It was a journey filled with tons of struggles, closed doors, tears, and pain. But we broke through every barrier and we will continue to do so!

What is the best part of being an actress?

Being able to step into other people’s shoes and view life from their perspective. For the audience to be able to relate and find connection, comfort, happiness and other emotions through the stories we tell.

Tell us about your work in super fun, quirky, drama thriller “Willy’s Wonderland?”

Willy’s Wonderland is filled with excitement and action. It was such a fun film to make!

And about your lead role as Liv?

Liv is such a fearless leader! She is super independent, doesn’t take no for an answer, and has a very clear vision of what she wants.. It was super badass to portray her.

How is working with such a talented cast like Nicolas Cage?

It was such an honor working with someone I have admired since I was younger! He was so wonderful both as a person and a professional. I learned so much from him and it was fantastic watching him work.

Now tell us about your work in FX series “Mayans M.C.?”

Leticia Cruz is a badass girl that has been through so much. From growing up in the streets surrounded by violence and darkness, to never having an adult figure in her life, to dealing with so much trauma and insecurities. I have adored what the writers and creators have done with her character throughout the seasons. Forever grateful to Elgin James and Debra Muñoz! I am the most excited for season 3, the audience is going to love what we have created. There is so much rawness and truth to every story. I really look forward to it premiering on March 16th!

The process of preparing for a role is one of my favorite parts, I create a whole world for them, all the way from childhood to the present moment. I’m a strong believer that everything that happens to us in life shapes us into who we are, our mistakes, lessons learned, fears, childhood memories etc., so I like to create that world for all my characters which in turn creates the decisions I make with them.

Being able to make others truly feel something.

So excited for people to keep watching Willy’s Wonderland, season 3 of our show Mayans MC premieres on FX March 16th, I have a few other surprises and projects that I can’t share yet but soon haha!

I don’t consume meat, dairy, lactose or gluten so I would say that I try to live a very healthy lifestyle and eat foods that truly nourish and make my body feel good!!

There is a vegan Italian restaurant in LA called Pura Vita.. ohhh man.. I truly love that place (They have tons of very healthy options though)

Always changing! I love fashion and being able to switch things up depending on my mood or how I’m feeling that day! My stylist, Monty Jackson is the absolute best! I definitely miss us getting ready for events and red carpets! Hopefully soon!

Acting, loved ones, and activism are my definition of happiness.

I would love to sit down and have a conversation with Don Miguel Ruiz, his books are my absolute favorite and his ideals and beliefs are so incredible! Being able to ask him questions about life and getting a peak into his brain would be such a pleasure.

My mom has always told me to never give up on my dreams, always be kind to others, to respect and love myself, and live in authenticity and positivity!

Volunteering and charity work has been my absolute favorite thing to do since I was a little girl! There are so many organizations I believe in and collaborate with often, Thirst Project, Feeding America, Los Angeles Mission, I Am An Immigrant, Child Rescue Coalition, Global Wildlife Conservation.. My family and I also have our own foundation, Karttos International, where we help the people of Venezuela by giving them food, medicine, clothes, and all of the basic necessities! We also host food banks, work with orphanages, elderly centers and more!

I am really excited for what the future holds. I look forward to working on more films and trying out new genres! And also continuing TV, hopefully a few more seasons of Mayans MC because I love my character Letty!

Currently anything by Jhene Aiko, she uses sound bowls to create her songs!

Social Media can be a very powerful tool if used for positive change and to spread awareness about things that matter in the world.

Quote: “The future belongs to those who believe in the beauty of their dreams”