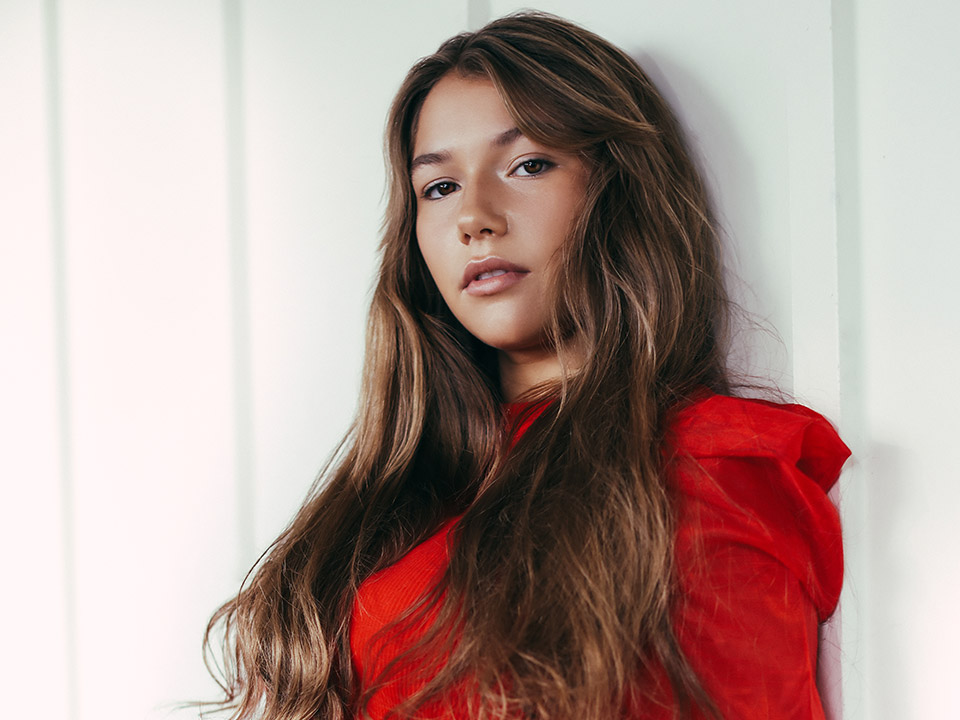 Created by Taylor Sheridan, Yellowstone follows the Dutton Family who own Yellowstone Ranch, which is the largest ranch in Montana. The patriarch of the family, John Dutton (Kevin Costner) who owns the ranch and leads his family through conflicts, difficult times, the national park, the Broken Rock Indian Reservation as well as difficult times throughout with others, including developers.

You may recognize Orli from other projects like 1-800-Hot-Nite, which starred Orli as Britt, Cobra Kai’s Dallas Dupree Young, The Powers, Garrison Machado and Mylen Bradford. The film, which is making its way around film festivals, including the Santa Barbara Film Festival. A while back, my sister and I had the opportunity to go to Los Angles for an actors showcase, a bit like a film camp. We were there for about 2 weeks and got to act, take classes and even do a short film, that’s where we got to see a little bit of what the “Hollywood” experience was like, especially being in front of the camera, which is what I love to do. This camp also put together everything that comes with a premiere, a red carpet, photographers, we even got that chance to see the short on the big screen. This entire experience did it for me.

I think there can be a lot of ups and downs in being an actor. You have to learn how to manage being disappointed, especially when you get really close in booking a project. I try to stay positive with every disappointment and know, understand that every experience is bringing me closer to my goal.

I usually read a script and do the scenes over and over again. I try to understand what the writer is trying to say in that moment, in that scene. Some roles are harder than others depending on the relatability I have to the character. I always try to do my best and bring the character to light the way I think the storyteller envisions it.

Tell us about your work in the PARAMOUNT hit series “YELLOWSTONE?”

This whole experience has been a dream come true, its crazy to think that I am a part of something so amazing. I play the role of Haile, a 16 year old, independent, confident, outgoing girl who brings out a different side of Carter, a girl who gravitates to him and lets him be himself, come out of his shell. We just got back from the Season 5 Premiere in NYC and it was so cool to be there, surrounded by some of the cast, its going to be such a good season!

During Covid we filmed Adeline, a beautiful true story about a medicine horse that introduced me to the world of horses. After that, I filmed a feature that was just released called 1-800-HOT-NITE. It’s a super sweet, true coming of age story about 3 teenage best friends who escape foster care and embark on an urban odyssey and I play the role of Britt in the film. Don’t let the title fool you, it tells a beautiful message and has the sweetest ending. Honestly, I’d say the satisfaction and relief of when I book something, it’s the most rewarding. I have such a great support system so seeing and knowing it makes my entire family proud is such an accomplishment.

To be persistent, work hard and know that there’s a role out there for you, somewhere. This isn’t an easy road to take, you have to really want it. It took me a while to believe that myself, but through experiences It became clearer.

I actually ask my friends this a lot..they say i put myself out there and that i have a good sense of humor. Being funny might be my favorite compliment. Lots of school performances and snowboarding!!

I love mango… not sure if it’s that healthy but hey, it’s a fruit.

Monkey Bread, its my kryptonite

I definitely see myself pursuing acting for as long as I can. I don’t want to jinx anything, but I just hope I’m super successful and happy.

I’m not super immersed in social media. Sadly, I don’t have a TikTok because I know I’d get addicted quick, but I do love Instagram, especially for the animal reels lol.

Book: We Were Liars – E. Lockhart

Travel Destination: Colorado for the snow, but I loved italy.