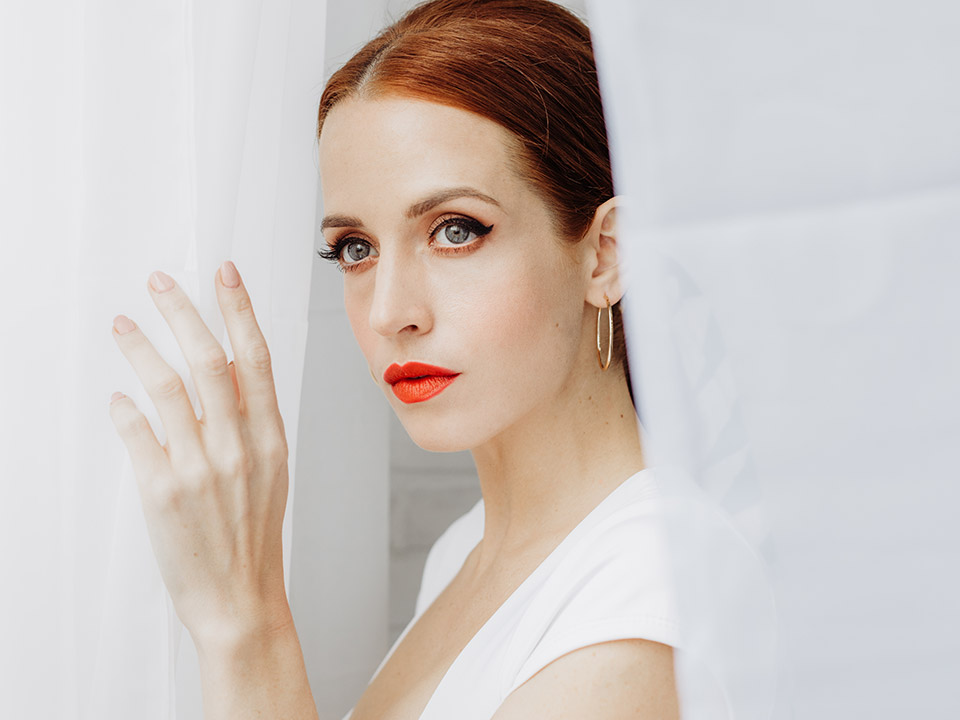 Check out our interview with “V Wars” actress Kimberly-Sue Murray.

Kimberly-Sue stars alongside Ian Sommerhalder in the show which follows the story of a scientist and his best friend as they face the evolving crisis of a deadly outbreak that fractures society into opposing factions, potentially escalating to a future war between humans and vampires.

Kimberly-Sue’s character Danika Dubov is Michael Fayne’s (played by Adrian Holmes) girlfriend, who he spread the disease to. Michael is Dr. Luther Swann’s (played by Ian Somerhalder) best friend who is transformed into a murderous predator and rises to become the powerful underground leader of the vampires. 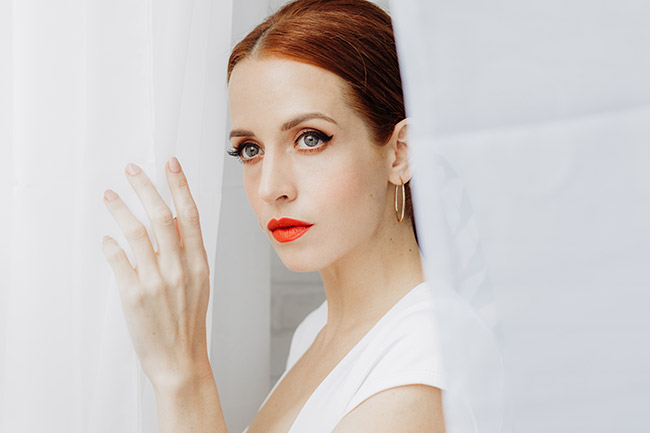 Hi Kimberly-Sue, please tell us a little about you?

Good question. I look up to my girlfriends a lot. They’re such resilient and passionate women. They blow me away on a regular basis and they make me want to be a better person.

I was nine-years old when I decided I wanted to become an actor. I took workshops and went to acting summer camp, but I started professionally after I graduated from Theatre School in Montreal. That was over a decade ago. I’ve been hustling ever since.

I’ve been doing this for all of my adult life so it’s hard to see how it’s affected my life. I don’t know anything else. I guess the biggest difference is that I can live off of my acting and I don’t have to work a million side jobs. I worked at Ben & Jerry’s, Lululemon, as a promo girl, you name it! Glad that’s over.

Tell us about your work in sci-fi horror series V Wars?

V Wars is based on Jonathan Maberry’s books and comics. It’s about this ancient pathogen that escapes the melting glaciers, due to climate change, and humans with the mutated gene turn into vampires. It’s not your regular vampire show. These “bloods” are monsters and a war ignites between them and the humans chasing them. It’s a disease that is spreading like wildfire and Dr. Luther Swann is seeking a cure.

And about your character Danika?

I play Danika Dubov. She’s a badass vampire and Michael Fayne’s love interest. She’s this thirty, power driven, resourceful and very selfish vampire who goes on a hell of a journey. I had a blast playing her. I was actually cast as a different character, but they made changes and offered me Danika. It was originally a five-episode arc, but our writers kept writing me in and I was thrilled!

What other projects do you have in the works that you can tell us about?

I’m working on two very exciting projects, but I can’t talk about them quite yet. My lips are sealed!

Going to bed at night exhausted after a 16+ hour day of running around overexerting yourself by pretending to be a vampire. hahah it’s the BEST feeling.

POUTINE. I’m French Canadian and we LOVE our cheese curds, gravy and fries. We have the best poutines where I’m from, so when I go home for Christmas I stuff my face.

Forever changing, but I have a soft spot for anything old-school, retro, vintage, you know?! I like looking like I’m from another decade.

What’s next for Kimberly-Sue Murray in 2020?

I’m really hoping we get a second season of V Wars! Fingers crossed.

Hiking in nature. Fresh air, a beautiful view and time to reflect and ponder.

There’s two sides of me. Working Kim, who wakes up at 5:00 AM to get to set and work a 16-hour day then comes home and goes straight to bed. Or Kim on a day off, which consists of sleeping until I naturally get up, a coffee with a friend or my partner, a walk in the park with my dog, a million errands and lots of napping. I only have two settings, high or low.

Being in full sloth mode and having no plans whatsoever.

I just finished listening to The Killing of Marilyn Monroe podcast and she has such a fascinating life. I would love to have dinner with her and pick her brain about everything. She was involved with the most powerful men in the world and knew their dirty secrets. So interesting!!

Go for a walk. I apparently had a “behaviour” problem in elementary school and my teacher would tell me to go for a walk when I started acting out. I went on daily walks to cool down. It’s very effective to take a step back, calm down, collect yourself and your thoughts and come back to whatever situation grounded and open to problem solve. Too often we react and say things we don’t mean and that can really damage relationships.

I did the CN Tower Climb for Nature this year to raise funds for World Wildlife Fund (WWF)! It was a great experience. I hope to get more involved in the future.

My weighted blanket, shoulder/neck heating pad and my Endy pillow. Basically, my bed! I take my sleep very seriously. Too seriously.

Doing a lot more of this hopefully. I’ve been craving a juicy part to bite into and Danika is such a specimen. I hope I can tell more of her story. I also want to get my hands on an indie feature. Work on a passion project, not for the money, but for the love of filmmaking.

“Je l’aime à mourir” by French singer Francis Cabrel. He’s a romantic poet and his music moves me to my core.

Whatever my boyfriend is listening to. He has amazing taste in music for example Anderson .Paak, KAYTRANADA, ODESZA, and Jessie Reyez. I also love James Bay and Khalid

I have a love/hate relationship with social media. I love how it connects people all over the world and for us actors, we get to engage with our fans, which is truly special, but I’m fundamentally opposed to the illusion and this world of comparison it creates. Also, social media now is used for advertisement. Everyone is selling something. I’m straight up selling my “brand”, but I also try to balance it with unrelated content like how awesome my friends are and my dog Patate.

Quote: “What doesn’t kill you makes you stronger.”

Favorite Singer/Artist: Anderson .Paak, saw him live twice and he’s out of this world!

Sports Team: If I answer this my friends will make fun of me because they know I don’t watch sports.

Book: The Alchemist by Paulo Coelho

Interview with “Sydney to The Max” Actress Cassidey Fralin