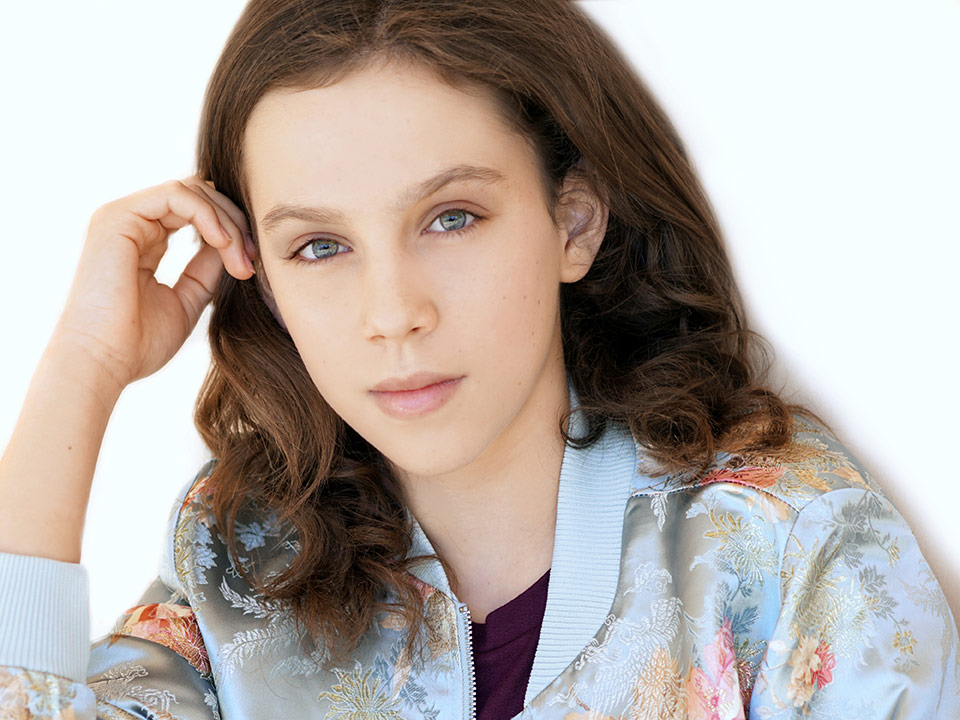 Our interview with young actress, musician, and Influencer with over 119,000 followers across her social media platforms the talented Kacey Fifield.

Kacey is best known for her series regular role on Nickelodeon’s “REACT TO THAT” and “KIDS REACT” series on YouTube. Her other notable credits include roles on Nickelodeon’s GAME SHAKERS where she plays Karissa.

Kacey is a singer/songwriter and at the young age of 13 she has already written and released EIGHT original songs and SIX music videos, her songs have played on over 60 radio stations. Kacey’s original music video for “HEAR ME OUT” has been awarded by multiple film festivals.

Kacey is a passionate animal rights activist and volunteers regularly at animal shelters and is involved with the Youth Council for Animal Sanctuary. She also co-hosts her own radio show on Teens of America Radio Network.

Hi Kacey please tell us a little about you?

Hi! I am a 13 year old actress/singer/songwriter/model/vlogger from California! I’m also a huge animal rights supporter and I try to spread kindness as much as possible :).

My mom! She’s always been my biggest fan but she doesn’t sugar coat things. She tells me what I do awesome and what I need to work on. We’ve been a team since day 1.

When I was 7 years old, I heard an advertisement on the radio for an acting school so I asked my mom to audition and I did. I got in! A few months later I went to the IMTA talent competition in New York and received multiple awards, including runner up for the young actress of the year. This was the start of my journey.

My first acting role was in a short film titled “The Cynicism of Harvey Kay” with Daniel Roebuck. It was super cool to be on set with many established actors.

The best part of being an actress is definitely being on set and portraying different personalities. It is so much fun to explore different characters. I love making people smile and laugh so for me, any comedic role is a cherry on top! The hardest part is the audition process, but I wouldn’t call it the worst. You have to go through it to get the part.

Be positive and kind, no matter what. Simple, but effective 🙂

Tell us about the Nickelodeon’s series “REACT TO THAT?”

It was the TV spin off of the YouTube series Kids React. It was super fun filming it! We had to react to fun videos and compete in a number of challenges. It was an amazing time. My favorite challenge was the pizza-slap challenge where we tried to see how many times we could slap each other’s faces with pizza slices. It was funny!

I’ve been on it for a bit over 4 years now. It’s so hilarious to film and I love sharing my reactions. It’s cool to watch myself in some of these videos, especially from a few years ago. I did food tasting ones, games, reactions, you name it! All of us, reactors, have really grown close and become one big react family.

I loved being on set of Nickelodeon’s “Game Shakers”. It was a super fun experience. The set was great and I loved the set up. Also working with Dan Schneider who is a legend was super cool. Best experience for sure!

I have been on Oxygen, in multiple commercials, many short films, webisodes, etc. Also, I have filmed several of my own music videos so I kept busy in the last couple of years 🙂

I have always liked Victoria Justice from “Victorious”. Ever since I was a little kid I liked her comedic skills and she always made me laugh. I like her because I see many similarities with me, since she is also a singer. Another actress I like is Zendaya. She is a great actress and an amazing role model for young girls.

1: Chapstick, I don’t like it when my lips are chapped. A little bit of Chapstick does magic
2: My phone, when I’m in the car, I often check Instagram and talk to my friends.
3: Hand sanitizer! I hate germs so I always carry hand sanitizer with me!

Okay, this is going to be crazy but it would be really cool if I could do all this in one day. I would be in Hawaii and I would go to the water park and go down the water slides. Then, I would go to an amusement park and ride all the crazy roller coasters. I would then perform a bunch of my original songs at the amusement park. Next, I would go to the set of a huge movie I’m the lead role in (films usually don’t film on Sundays, but hey, this would be my perfect day). I would finish the day volunteering with dogs and cats then eating a delicious chocolate dessert. 😀

I wake up, eat breakfast, my morning routine (brushing teeth, etc.) and then I go to school! After school I usually have a songwriting session, guitar lesson, recording session or audition then after I sometimes go to an event or a party. If there are no events, I relax, watch some TV and have dinner with my family. Oh and let’s not forget the homework.

18! In all seriousness, I see myself getting ready to graduate high school and preparing for college. I plan on majoring in film making and minoring in business.

Yes! Giving back is huge to me so I always try to do everything I can. I’ve been volunteering at the dog rescue, Muttshack, for over 4 years. I’m also a vegetarian and I support Farm Sanctuary, a sanctuary for abused farm animals. I support ZazzyCats cat rescue and I volunteer at some of their adoption events. My family donates to Children International, sponsoring a child until they graduate the program, then moving to the next child. I also donate and support PAWS Chicago animal rescue. For one of my birthdays, I only asked for donations to PAWS. I support Spreading the Love, an organization that spreads autism awareness and I am about to perform at their upcoming event.

I am on most social media platforms! here are my usernames:

Favorite Music: I love pop and hip-hop! but I truly like anything I can dance to. Right now, I just love the “Hamilton” soundtrack. I sing it all the time!

Holiday Destination: Hawaii! I’ve been to the island of O’ahu once and I would totally go back! It was so fun and relaxing. But then again, I’d love anywhere warm with pools and water slides.

Celebrity Crush: Believe or not I don’t have one right now….

Song: “Counting Stars” by One Republic. It just doesn’t get old for me

Sports Team: Chicago Cubs! I am originally from Chicago and since I was a little girl, my dad took me to their baseball games.

Movie: “Wonder Woman”, just a great movie about a girl power and how girls can do anything. I also love animated movies. “Zootopia” is one of my favorites!

Interview with stunning and talented HELENA