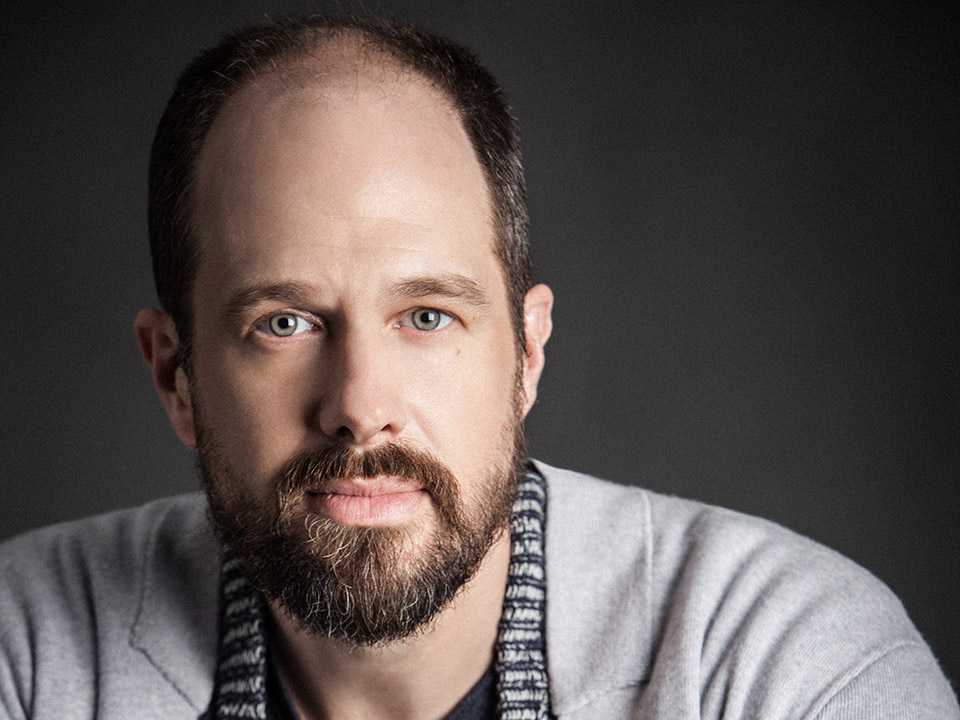 Our interview with talented actor, writer, director and producer Mike Ostroski who is best known for his roles on Breaking Bad and Criminal Minds. Mike is currently on a new role as the depressingly funny teacher “Mr. Byenburg” in the third season of Fuller House on Netflix.

The brilliant actor is also reprising his role as in the new season of Nickelodeon’s Henry Danger as the sinister “Dr. Minyak”.

Bolstering a broad resume in both TV and theater, Mike recently made the jump into the world of movies shooting the Bold Films Feature, Shot Caller, with Nikolaj Coster-Waldau and Lifetime’s New York Prison Break with Penelope Ann Miller. Adding to his outstanding background Mike has also been performing his award-winning solo show, Groundwork, co-written and directed by Derek Davidson, since 2013. Groundwork was nominated for Best Solo Performance at the 2016 Hollywood Fringe Festival and was a 2016 winner of The ENCORE! Producers’ Award.

Mike has appeared in episodes of Breaking Bad, Criminal Minds, How To Get Away With Murder, Brooklyn Nine-Nine, Fuller House, The Middle, The Muppets, Legends, Manhattan to name a few.

I’m a boy from Ohio who loves the theatre. All things performative, really. Following this passion and has led me all over: New York City, the mountains of Virginia, London, New Mexico, and now Los Angeles.

What is your background?

I’m from Ashland, a small town in Ohio, and knew relatively early that I wanted to perform, specifically to sing on Broadway. I set out to accomplish this by cobbling together a theatrical education from anything I could get myself into: school plays, summer theatre, etc. Eventually, I attended the University of Cincinnati, College-Conservatory of Music (CCM) for musical theatre. I loved it, but soon decided that I wanted a different education and transferred to Miami University of Oxford, Ohio. I shifted my focus to writing, but continued studying acting and voice. I spent my final semester abroad at Cambridge University and then after graduating, moved to NYC to begin auditioning. I was lucky enough to sign with an agent a few months in. The first audition he arranged for me was for an amazing theater company in the Virginian mountains, The Barter Theatre. I did their spring repertory that year and then was invited to join their Equity resident acting company – where I had the great good fortune of staying and working for a little over twelve years. Wanting to begin pursuing TV and film work, I moved westward to New Mexico to dive into the flourishing film industry there. The goal was to get a reel together. After doing so, I moved to Los Angeles. I’ve been auditioning and working here for the past four years. It’s been such an amazing whirlwind.

As a student in the public schools in my town, I auditioned for school plays and the like. My first real professional gig was that spring repertory at The Barter Theatre in Virginia. If you’ve never been, please treat yourself. Such a beautiful place. They do such great work there. Regarding TV and film, I had done some really exciting independent projects, but the first well-known project I booked was a role on Breaking Bad which shot in New Mexico.

Oh, gosh. Haha… In elementary school, I was in the ensemble of The G.I.G.O. Effect, a children’s musical about computers. G.I.G.O stands for Garbage In, Garbage Out. It introduced kids to the basic concepts of computing. This was when personal computers were just coming out. We had so much fun doing the show. I’ll never forget it.

The best part is when the stars align and everyone is on the same page, bringing their best craftsmanship and their most open hearts to the table…and a story is brought into the world that can communicate deeply to an audience. The experience can be transcendent. And the worst part is the rarity of the opportunity to do so.

Focus on the action, not the fruit of the action.

Now tell us about “Fuller House”? And your character Mr. Byenburg.

Fuller House has been such a joy. The third season begins at the beginning of the summer. One of the series regulars, Michael Campion, plays Jackson Fuller. Jackson thinks he will have a summer of relaxing and video-gaming before beginning high school as a freshman in a few months. His mother, Candace Cameron-Bure, says – to his horror – that instead, he’s gotta go to summer school. I play Mr. Byenburg, Jackson’s summer school teacher. And then later, we meet Mr. Byenburg again as one of his teachers when he finally enters high school later in the season. Mr. Byenburg loves his job and his students very much, but seems to be having several midlife crisis all at the same time.

And also about “Henry Danger”?

Henry Danger follows the adventures of Kid Danger and Captain Man as they fight crime in Swellview. There are a handful of villains that recur on the show, popping up again and again hoping to finally succeed in one dastardly plan after another. I play Dr. Minyak, an evil genius who believes that he is the greatest super villain of all time. He’s always coming up with a new scheme or weapon that is even more impressive than the previous one. He’s a ton of fun to play.

What other projects you are currently working on?

I’ve got a short film, The Outsider, that is premiering at The Denver Film Festival this fall. My wife, Kate Cook, is the lead in the film. She does beautiful work. I’m really proud of the film. I’m excited about attending the premiere.

I’m also going back to school. This fall I’m beginning a one-year screenwriting course at UCLA. I’ve just started it and I’m so excited about it. I can already tell that it’s going to be both deeply challenging and rewarding.

What have you learned from your other actors and producers?

Stay in touch, keep your sense of humor, and seek out the bravest choices possible on whatever project you are working on at the moment.

I think that any new method of communicating with fellow artists and audiences can be wonderful, as long as we are always in control of it in our personal lives – and it doesn’t start to control you. It’s a tool for us to use. We just need to always be in control it it and not it be in control of us.

Sleep in a bit later and then a trip to the farmer’s market and/or then brunch with good friends. Reading for pleasure. Pace has a lot to do with a good Sunday. Things at a slower pace is ideal.

Normally (hopefully) an audition or some filming bookended with writing in the early morning and late afternoon. Some sort of hike or walk. Time with my wife and friends and family. Getting time to play the banjo a bit is always a great ending to the day.

Avocado. Or arugula! I love arugula!

Haha. Something sweet. I’m such a sucker for a slice of carrot cake. And nachos. Haha…

I live on a farm with my family off the grid somewhere super green. There are goats. And a giant garden. And friends. And music. I work all over the world in both film and the theatre, but somehow get to see my family a lot.

I’m a big fan of anything environmental. I think my favorite is 350.org. Bill McKibbon is brilliant.

Quote: “Get busy living or get busy dying.”  – Andy Dufresne from Shawshank Redemption

Food: My mom makes the world’s most amazing bread. My folks have a wood stove in their living room. In the winter months, she bakes a lot and lets the loaves rise near the stove. It is heaven.

Restaurant: I think my favorite restaurants in Los Angeles at the moment are either Village Pizzeria in Larchmont or Osteria La Buca nearby. My friends have an amazing pie shop called The Pie Hole. It’s pretty magical, too. And they’re great people.

Drink: I love coffee. Unfortunately I like it like candy, with a lot of cream and sugar. But it’s best with friends or while writing.

Song: “Hard Times Come Again No More” By anyone. But James Taylor has a beautiful version.