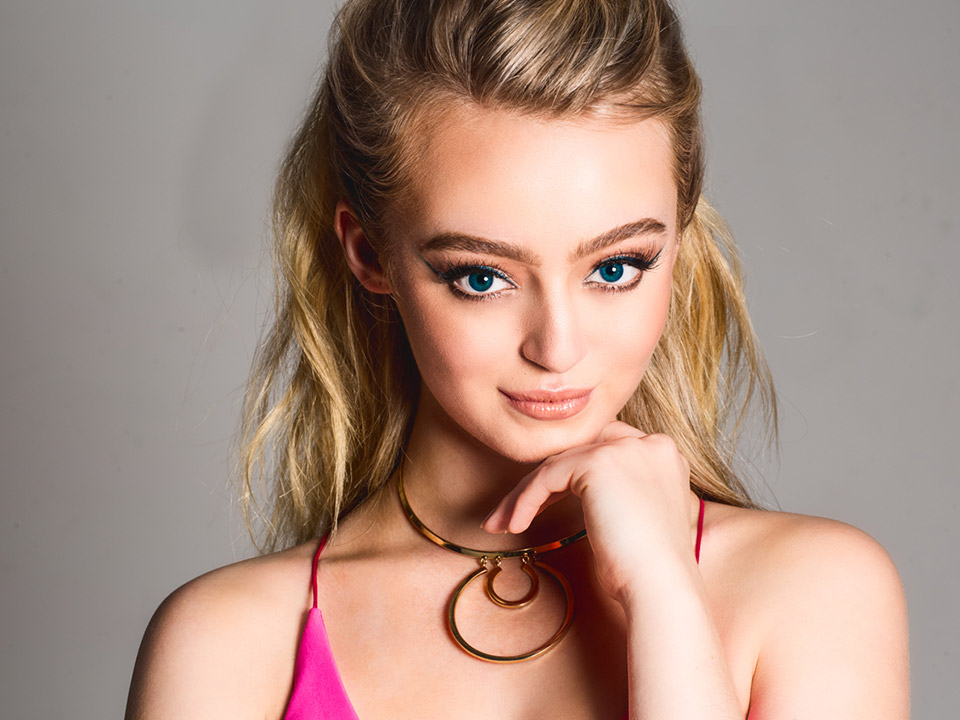 “Holidays” [Vertical Entertainment & XYZ Films], is an anthology feature film that puts a uniquely dark and original spin on some of the most beloved and iconic holidays of all time. Kennick shines in the Valentine’s Day segment as your typical high school mean girl, Heidi, who is also just a little bit crazy. The segment follows a high school outcast who receives an encouraging gesture from her dive coach, and sets out to get him the perfect Valentine’s Day gift in return… no matter the cost.

Hi Savannah, please tell us a little about you?

I am a 17 year old actress, currently living in Los Angeles but I am from a tiny town outside of Pittsburgh, Pennsylvania.

At 14, I was scouted by a modeling agent and moved to New York City, very quickly I was inspired by the creative environment and asked my agent about acting. He introduced me to a talent manager, and I moved to Los Angeles a year later to pursue acting full time.

The best part of the creative process, it’s a lot of work but is incredibly rewarding.
The worst for me, has to be the auditioning process. It terrifies me and it can be emotionally draining.

I grew up loving films and television. They were how I saw the world, because I grew up in a small town. And that made me realize how much of an impact this medium can have on people.

What has it been like to be part “Holidays” cast?

Incredible! I am in the Valentines Day segment and only had a few costars but from the premiere at Tribeca I got to meet the rest of the cast, and there are a lot of strong women that inspire me in the cast.

And about your role?

I play Heidi in the Valentine’s Day segment – She’s a high school bully who gets brutual payback by her favorite victim, Maxine. She was a really fun character to play because she’s incredibly intense.

How was the premiere at the 2016 Tribeca Film Festival?

Mindblowing! It was one of the most incredible experiences of my life! We were a tiny little independent film and of course in this industry you learn to hope for the best but have your expectations low so you don’t get heartbroken. To say that is exceeded my expectations beyond belief is an understatement.

By far the most memorable experience was filming my characters most important scene on my first day on set. It was hours of laying in freezing mud and water, and getting fake blood put all over my face!

This is my first film! But I’ve been working on a few really good projects recently, I can’t say much yet though.

Sundays are my relaxing days. I love to go to the Malibu Farmers Market, get a good brunch in and go to hot yoga in the evening.

I love to write and paint. I’ve recently started kickboxing, which is quickly becoming one of my favorite workouts. I also really love going thrift shopping, going to the movies, and hiking.

Game of Thrones!!! But I cry so much watching that show so I fall back on How To Get Away With Murder and Orphan Black.

Sunscreen, a good lipstick, and a big cup of iced coffee.

I’m really obsessed with The Strokes & Blood Orange right now! My fellow castmate, Andrew Bowen and I share a love for The 1975! We both went to their concert a few weeks ago in LA.

Where can we find you on social media?