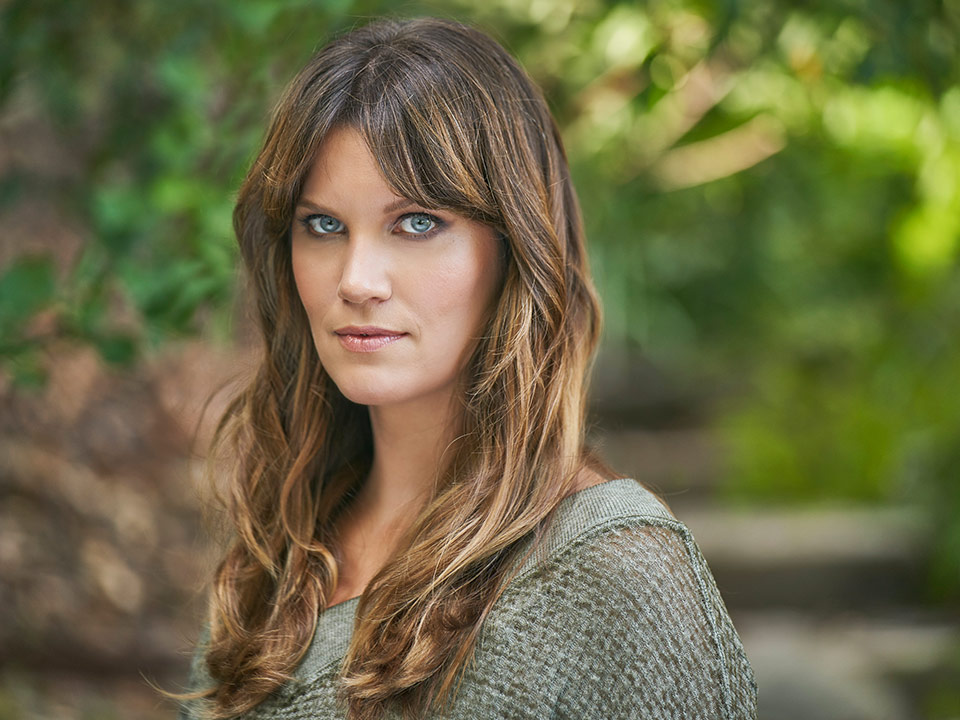 Our interview with star/survivor/producer Frida Farrell who is the creative powerhouse making cinematic history by starring as herself, sharing her real story when she was a model forced into sex trafficking in the award-winning film which has been praised by Variety, Wired, & Cosmopolitan.

Based on Frida’s own horrific true-life experiences, APARTMENT 407 tells the story of Isobel (played by Frida), a young mother whose life is changed when a charming stranger invites her to take part in a photo shoot. Instead, Isobel is kidnapped and sold into the sex trade, and the film concerns her fight to escape. After remaining silent about her own real-life horrific experience for fourteen years, Frida transformed her pain into art not only for personal catharsis, but also as a powerful statement against gendered violence. The result is a harrowing tale of indomitable tenacity that has received 18 film festival nominations. Featuring the work of master cinematographer Stefan Ciupek (SLUMDOG MILLIONAIRE, 127 HOURS), APARTMENT 407 is a chilling depiction of the hellish realities faced by millions of women and girls around the world daily.

Frida was born and raised in Malmo, Sweden, but left at an early age to pursue a modeling career, which brought her to the international runways of Paris, New York, and Milan. At the age of 21, she resumed her studies at the prestigious Central School of Speech and Drama in London. Following graduation she started her own London-based theatre company at age 24 where she produced plays. In 2006, she moved to Los Angeles to further explore on-camera work and began working extensively in film and television. She started her own film company, Development Hell Pictures, in 2010. Frida is an ardent human rights activist and has used her platform to fight international and online human trafficking.

Please tell us a little about yourself.

I’m born and raised in Malmo, Sweden. I left for modeling when I was 18 and never returned. I lived in London, Hamburg, Paris, Milan, NYC before settling down in Los Angeles. I stopped modeling at age 22 and went back to school to study acting and music in London. I have now worked as an actor for many years.

I set up my own production company here in LA in 2010. I have written and produced 6 short films and have won over 20 awards so far and have been nominated over 50 times. I have also just completed my first EP, which is something I’ve been dreaming of doing for a very long time.

My grandmother took me to see Romeo and Juliet (the ballet) when I was about 6 years old and I remember thinking I want to do that too. But I broke my knee when I was 11 and my ballet career was officially over. So I started doing theatre instead and loved that too. I was pretty shy as a child so playing someone else felt good. I could hide behind that person and be wild and crazy.

When you can turn down all the small talk in your brain and just enjoy the moment.

Since having a baby, it’s kind of different from my bachelor life before. My daughter wakes me up around 5:30 or 6 AM. We cuddle in bed for another 30 minutes and sing songs. Then breakfast. Then we go to either a music class, dance class or an open play class. Then lunch. Then my daughter has a long fantastic (for me) nap. Then a snack when she wakes up. We then go to the park for a while. Then dinner, story time, bath time, and bedtime. Then, ME TIME!!! When I probably binge a TV series–there are so many good ones out now.

My daughter. She has completely changed my life. No one has managed to do that before. And she’s given me a completely different perspective on things. She’s helped me worry less in life.

Please tell us about Apartment 407.

It a feature film about sex trafficking based on a tragic incident that happened to me when I was about 24 years old and had just graduated drama school in London. It’s a tough watch but shows you the harsh truth of what happens when someone is kidnapped and sold.

Where we can watch it?

What is next for Frida Farrell?

I’m prepping for my next film called Albert, set in London.

Hands down Jason Bateman, I’m secretly in love with him—well, it’s not a secret anymore now. He’s a fantastic actor, I could watch him for hours, oh I do, I binged my way through “Ozark.”

Any advice to new young actresses?

Be careful and safe at all times, if you go on an audition make sure someone knows where you are OR take someone with you. Look out for any potential red flags. The director of this film knows a young actress who innocently went along to an audition and woke up in China. It took her two years to get out and back to America. She was drugged and forced into sex slavery the whole time she was in China. This is just one of many sad, sad stories.

Name one beauty product you can’t live without.

My mascara, it makes me look like an actual human being.

Joseph Altuzarra, Alexander McQueen, Elie Saab, Dior, Irene Neuwirth are among a few of my favorites, but there are so many amazing designers that it’s hard to narrow it down.

The way humanity is going, I’ll be planning my move to Mars.

Sweet potato chips. I like savory more than sweet so I love a salty snack.

Bora Bora. I want to wake up in a hut on the ocean and just dive in. How amazing would that be!

I’d love to have another chat to my grandmother if I could.

Ozark (I wish it could be on continuously), Black Mirror, The Americans, The Affair, House of Cards.

I sleep in until 8 am. Work out. Brunch. Lay around in a spa all afternoon. Then dinner and bed. A very unrealistic Sunday…

Do you support any charities or organizations?

I support a lot of charities personally with monthly donations, but I’m about to team up with a big nonprofit organization for future work against trafficking.

It’s a good tool for marketing but also a huge distraction and should be age restricted, just like drinking alcohol. It’s equally addictive so needs to be treated the same way.

Favorite drink: A well made cup of good old English tea with almond creamer and honey. You can’t beat it. I have several cups a day. Although on a Saturday night I wouldn’t mind a nice cold Mojito.

Favorite travel destination: Down the stairs to my yummy bed

Favorite music: This is really hard because I love so much music. Anything from acoustic to rock to pop and I love lots of both genres and eras. But if I have narrow it down — Ed Sheeran – he’s so amazing. And Adele – I love her voice, she sounds different to most things playing on the radio at the moment.

Favorite sports team: I would have to say MFF, the football club in Malmo, Sweden, where Zlatan started.