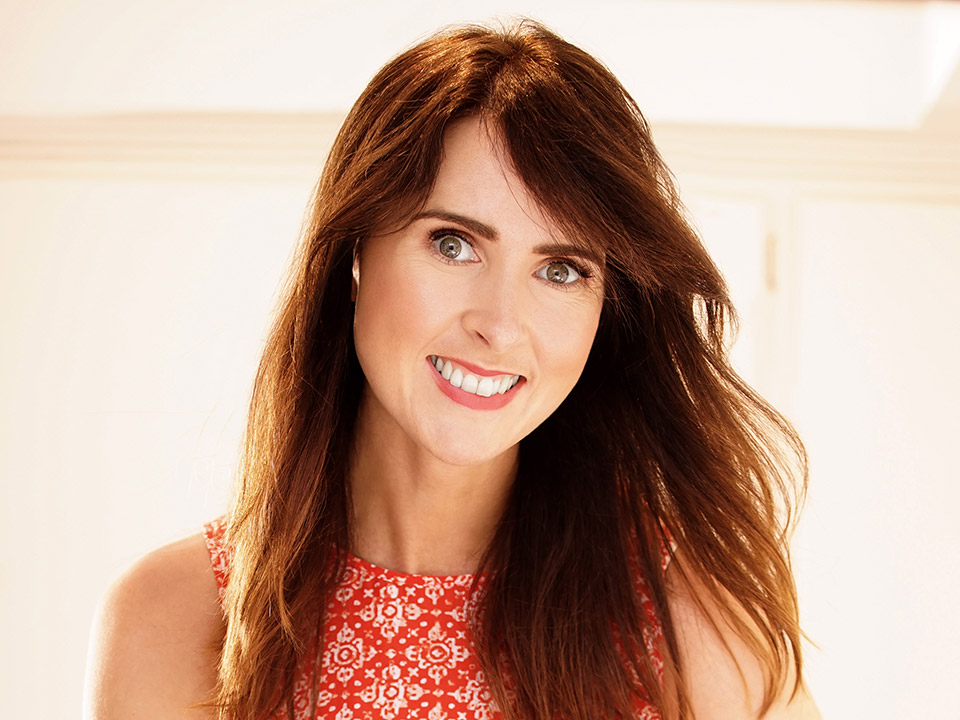 Best known for creating the ever popular and viral videos including her series on Microwave Mug Meals (22 Million+ Views), Homemade Ice cream (25 Million+ Views), and Easy, No-Bake Recipes fit for the most amateur bakers (15 Million+ Views), there’s no doubt that Gemma’s audience of “Bold Bakers” are completely engaged as they learn easy, step by step recipes with very little ingredients that can be made in any kitchen, no matter the baker’s skill level.

Describe yourself in 3 words:

How did you get started baking, and when did you decide to create Gemma’s Bigger Bolder Baking?

I started Bigger Bolder Baking just over 3 years ago, and it’s been an amazing adventure creating a community with more than 2 Million Fans (my “Bold Bakers”) worldwide. From an early age, my mum inspired me to bake. Later, I studied to become a professional chef and have worked for more than a decade in kitchens all over the world. A few years ago, I came to a point in my career where I needed a change but still wanted to work in food since it’s my passion. I wanted to put my years of experience to good use and teach people what I have learned. So I teamed up with my husband to create Bigger Bolder Baking together bringing accessibility to something that some people have been told is difficult. I believe baking is a science, but it’s not rocket science. On Bigger Bolder Baking I try and take the fear out of baking and bring in the fun.

Going from being a professional chef to in front of a camera hosting a cooking show was not easy for me. Initially, I struggled every week and worried I was saying things wrong and not presenting well. My husband said to me “All you have to do is be Gemma and the rest is easy.” I still tell myself that each week.

My Mum. Without her encouragement, support and understanding over the years I wouldn’t be in the position I am today. She is an incredible cook and introduced me to great food at a young age. The greatest gift she gave me was teaching me how to cook.

Can you give our readers an exclusive recipe?

I’d love to share my fan-favorite recipe for No Knead Cinnamon Rolls. They are incredibly easy to make because you don’t need a stand mixer, you just mix the dough by hand and let it rest. This is one of my favorite recipes.

What are your top 3 healthy treats?

Some of my most popular recipes that are on the healthier side include my:

These treats are made with all-natural fruit and are perfect when seasonal fruit is in abundance during the Summer months.

For this California summer, which recipes do you recommend for our readers?

I’m definitely feeling the heat this Summer in Santa Monica. Being from Ireland I’m still not used to the heat even after all these years. However, it has inspired me to come up with some creative ways to cool down. My two ingredient homemade ice cream made without an ice cream machine is a fan favorite and inspired an entire series where I’ve shared almost 50 flavors of ice cream. 2 Ingredient No Machine Ice Cream

Who do you love cooking for, and why?

I love to cook for my husband. He is willing to try anything so I get to be really creative with ingredients. He is a trooper because not every meal I have given him has been 5 stars but he still tells me he enjoyed it.

Have you ever been asked to cook/bake anything crazy or very different?

What started out as a crazy request from one of my Bold Bakers ended up going viral and put my YouTube channel on the map and that was Mug Cakes. A fan asked me to show him how to make cakes without an oven. Now, initially I didn’t think that was possible. But after thinking about it, I realized he was talking about using a microwave because he didn’t own an oven. Even though I didn’t invent mug cakes I had to make sure mine were over the top. I released a video on YouTube with 5 different mug recipes, from Cookies and Cream to Red Velvet Cake and it was an instant hit! Now, 3 years later I have almost 100 mug recipes both sweet and savory and they are some of my most popular recipes.

If you were not in your current profession, what would you be?

In another life I would like to be an illustrator for Disney. When I was a kid I wanted to be a chef or a “color-inner” or inker for Disney. I was obsessed with Disney as a child and would draw pictures of Pocahontas and The Aristocrats all day long.

If you could prepare only one last meal, what would it be?

Fresh Maine Lobster with Irish butter. I come from a coastal town in Ireland called Wexford. I grew up on fresh fish and seafood. I have fond memories of dinners with my family with shellfish and lots of garlic butter. Being Irish we used soda bread to soak up the extra butter.

What is one of the first things you crave to eat when you return home from abroad?

When I go home to Ireland I usually have a hit list of food I want to eat while I’m there. On top of that list are Wexford strawberries with freshly whipped cream. In Ireland, Wexford strawberries are famous and still to this day they are the sweetest strawberries I have ever had. During the Summer months farmers sell strawberries on the side of the road in trailers. Growing up my mum would always stop by on her way home to pick up strawberries for after dinner.

I film Bigger Bolder Baking in my house in Santa Monica so it is more like a studio than a home some days. When it comes to a ‘day off’, I like to take the time to organize. Cleaning, planning for the week ahead and even preparing meals for the week. Once that’s done I binge watch all the Bravo shows on my DVR!

If you could cook a meal for anyone, who would it be and what would you cook?

I would cook for Michael Scott from The Office. Not Steve Carrell but actually Michael Scott. I would bake him some of my Homemade Pretzels. Then I would set up a bar of toppings and he could top his pretzel with the works.