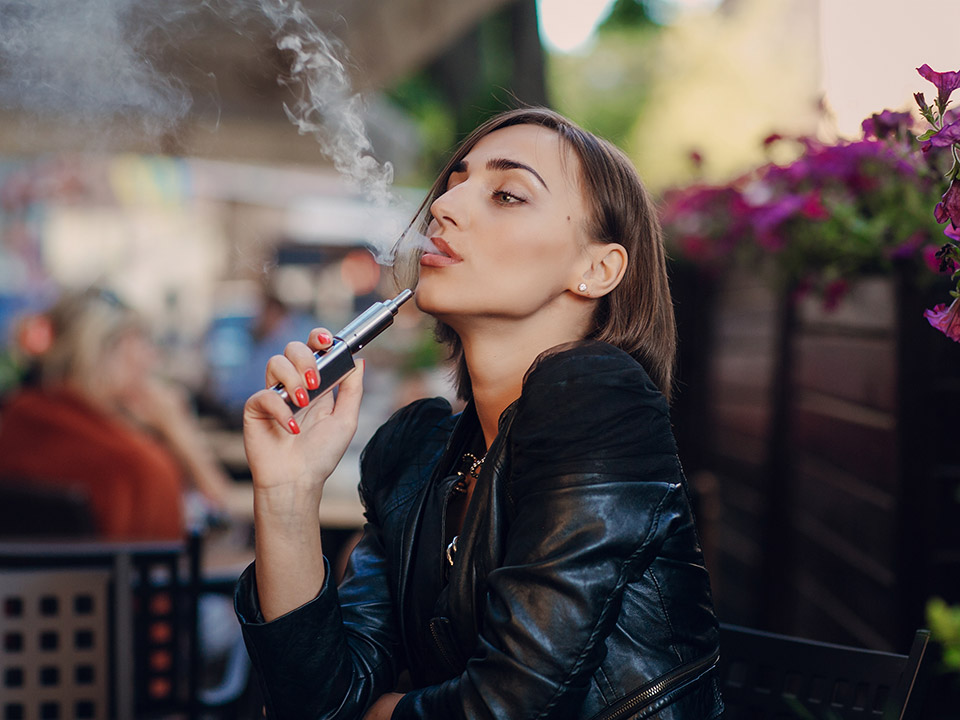 Statistics of recent lung injuries, including those that end up with death, can hardly be consolatory. Authorities blame products containing nicotine and THC (a psychoactive element, which along with other cannabinols consist of marijuana; the full name is tetrahydrocannabinol). These products include more than the usual cigarettes and tobacco pipes.

Despite being comparatively new, such things as cig-a-like, vape pen, and hookah have significantly influenced the routine of many people. The disturbing point here is the increasing number of young people, including higher school and college students, becoming nicotine-addicted and suffering from the hazards of vaping. Publicity tries to turn these concerns into effective methods of combating.

The problem is that there exist a number of myths around vaping. They appeared because of people being illiterate on the issue. In addition, many marketing campaigns boosted vape pens’ popularity. Not the least is the role of JUUL company here, which is often blamed for children’s appealing ads and promotion of nicotine-containing products among underage.

However, the myths about vaping are also nourished by society. Here we are going to debunk some of them.

Many people underestimate the hazards of vaping. Basically, they do not believe a liquid is something far more than water. Such people might say that the supermarket juice might be even more harmful than e juice. In fact, this is because the majority of e-liquid contain nicotine, a highly addictive substance.

Studies claim that an e-liquid on average contains 10 chemicals, which can cause cancer, impair fertility, or angle fetus development. Obviously, this would never be mentioned in an ad. The main focus of marketing is pleasant emotions, so they create funny appealing names, experiment with flavors, and avoid cons.

The real number of harmful chemicals can’t be named because each e-liquid is different. There exist no special law or regulation on e-liquid quality as well as there are no clear parameters for its production technologies. Producers pay no attention to the reaction of chemicals to heating and their possible poisonousness.

The other drawback of the best vape pen juice is the lack of safety even when it is stored in the room. In case any living being (a child, an adult, or a pet) accidentally drinks the substance, the consequences might vary from vomiting, shakiness, nausea, and difficulty in breathing to coma, NDE, or real death.

Lie 2. Vaping is a Gate to Soberness

Through the lens of the history of vape pen development, one cannot wonder that many people still believe that vaping is a safe route to give up smoking. In fact, the research claims that most of those who try this either switch to vaping or become dual consumers, which means that they practice both – vaping and smoking.

However, scantiness of research does not allow to claim that vaping might be recommended as a part of nicotine replacement therapy. Special inhalers, lozenges, patches, or gums are used within this therapy to smooth the process of quit. The efficiency of these methods is proved by both practice and theory.

In addition, it is weird to try to get rid of addiction by means of another addictive habit. Nicotine, contained in substances for the best vape pens, is no different from the one that we get after burning tobacco. The brain reacts to dopamine released after nicotine consumption and then requires this dopamine boost over and over again.

Lie 3. Vaping is a Free Choice

Many of us still believe that vaping is for everyone, which is actually not true. Vaping used to be an unregulated activity because nobody understood what it really is. In fact, it is wrong to claim that now we know all the tiny details of this activity and the outcomes for our health that it might have. Activists, political experts, and lawmakers can still express dissatisfaction with vaping in the free market.

However, that is not true. If we compared the rules of vaping sales a decade ago and now, they have changed a lot. They have become more strict and clear. Moreover, the government has shown a tendency to protect human health, not the high income that this industry could have brought to the country. This is a positive point, even though some points still need further discussion and regulation.

Since the release of a deeming rule in 2016, FDA (the US Food and Drug Administration) conducts overseeing functions over the vaping industry. It was also the year when the sales of vape pens to those under 18 were completely banned. In addition, warning about the nicotine level as well as the obligation to indicate the content to FDA was also added. Further steps are still expected.

The FDA still faces some issues in regulating vape pens for marijuana despite the fact that THC being a Schedule I drug is out of ‘safe and effective’ regulation. While the industry is quite young, one cannot expect the circumspect elaborated regulation of vaping. However, one can suggest this or that rule relevant to the topic throughout e governing systems.

Lie 4. Popcorn Lungs as a Result of Popcorn Flavor

One of the greatest arguments released by vaping haters was that it causes popcorn lungs, which is a serious airway obstruction caused by damages in bronchioles. Actually, it is possible that a vaper gets popcorn lung, but the condition is infrequent, and vaping might be just one of the range of factors that lead to the disease. The misunderstanding appeared as a result of serious scientific research.

In 2016, Harvard conducted a study, which showed that the samples of the chemical diacetyl were present in some e-liquids. This chemical played a great role in another high-profile story – popcorn lungs detected among microwave-popcorn factory employees as a result of their exposure to high doses of diacetyl. Many other scientific institutions continued this topic.

The chemical is sometimes used for some flavors, but there is no direct link between popcorn lungs and vaping. We do not deny that there are some respiratory risks as a result of vaping, but there is no direct cause-and-effect relationship between vaping and this disease. In addition, the level of the chemical in cig smoke is higher than in vapor. Therefore, this myth can be used only to send a chill down the children’s back.

The vape pen is a comparatively new device and, subsequently, it is veiled with plenty of myths. In case you want to sift a question to the bottom, loads of scientific works are to be read and critically estimated. The example of Harvard research shows that even highly trustworthy sources can be interpreted in the wrong way. Any information that you get should be called into question

7 Reasons Why You Should Regularly Insure Your Car

Fun Things for Middle-Aged People to Do in Isolation