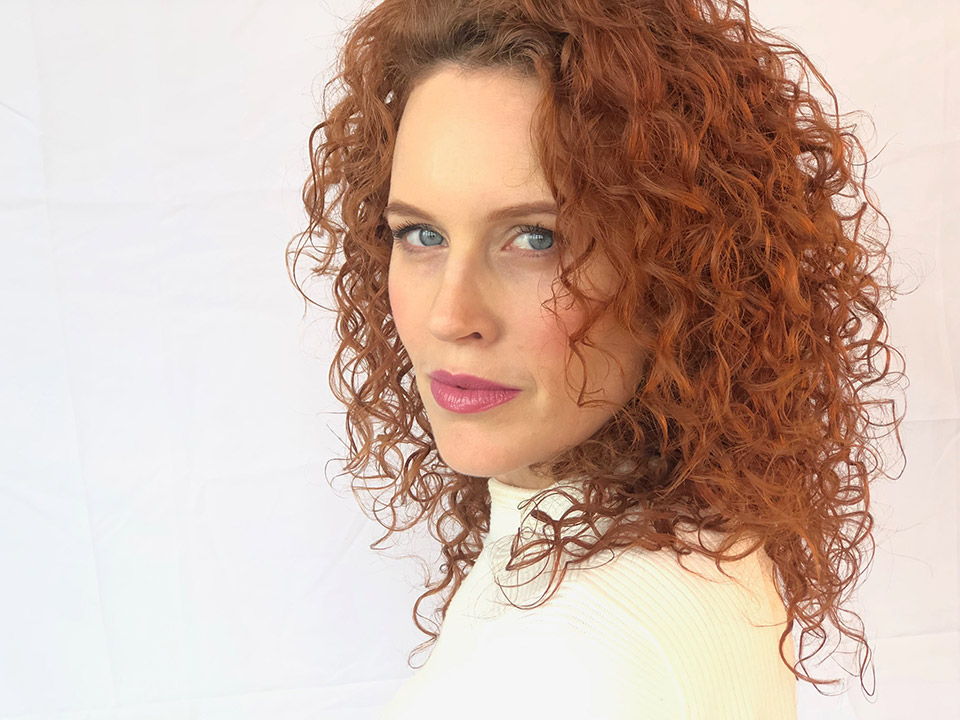 A lifelong advocate and a voice for other actors that are also visually impaired, Marilee Talkington will be lighting up television sets alongside Jason Momoa (“Game of Thrones,” AQUAMAN) in Apple TV+’s upcoming futuristic, post-apocalyptic drama “See,” premiering Friday, November 1st. Legally blind herself, Marilee will be playing more than just a role in a show, but a pivotal role in the fight for authentic casting and representation.

From the producers of the PLANET OF THE APES Trilogy, written by Steven Knight (“Peaky Blinders”) and directed by Francis Lawrence (THE HUNGER GAMES: CATCHING FIRE and MOCKINGJAY PARTS 1 & 2), “See,” tells the story of a future where a virus has wiped out most of mankind, leaving the survivors blinded. Marilee stars as “Souter Bax,” an emotionally complicated character, authentically representing the blind community. In addition to Jason Momoa, the show also stars Oscar-nominated and Emmy-winning actress, Alfre Woodard (12 YEARS A SLAVE, CAPTAIN AMERICA: CIVIL WAR) and Archie Madekwe (MIDSOMMAR).

Marilee also spends her time as a consultant for TV shows, films, theater, university, and conservatories for authentic casting and representation on stage and screen. She has even created an acting program for authentically blind/low vision actors and is heavily involved in SAG-AFTRA Performers with Disabilities Committee, as well as 50/50 by 2020. 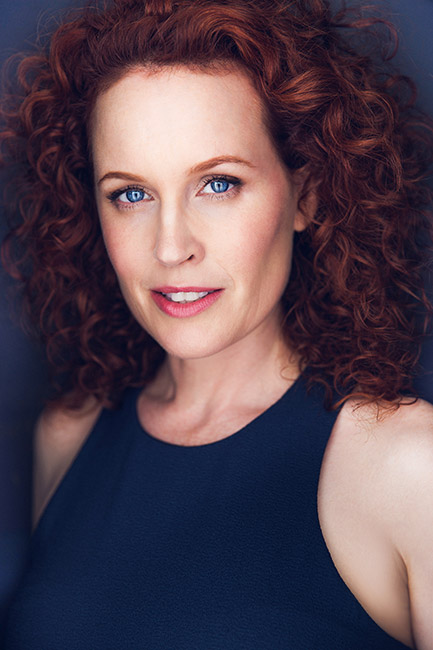 Tell us a little about yourself.

I am a multidisciplinary artist, which for me means that I am infinitely curious and continually investigating different ways of creating meaningful stories. I act, I write, I direct, I do installation and performance art and just for fun I’ve recently started taking action self-portraits. (I photograph myself in dangerous and precarious physical positions). I’ve been privileged enough to be awarded some amazing honors for my original theatrical works with the California Center for Cultural Innovation Award and a MacDowell Fellowship. And although theater was my focus for over two decades, I’m now finding television shows to be incredibly delicious, invigorating and complex in wholly new ways, which is why I moved back to NYC a few years ago. It felt like time to shake things up a bit and see what I could learn and contribute in this other medium. So, here I am shaking things up.

I was born in San Francisco, but spent most of my childhood in Woodland, CA

I usually wake quite early and the first thing that happens is my husband brings me a cup of coffee in bed. (Totally spoiled) Then I meditate and study my spiritual muses for about 90 minutes. That sets the tone for the next 24 hours and it has changed my life completely actually. Then I usually hit the computer and start working on whatever new thing is on my plate. It could be an audition, it could be a new play, film, pilot I’m writing, it could be figuring out the curriculum of the new actor training program I just started, it could be talking to other disability advocates (yep, I’m a national disability in the arts advocate). And then if needed, I’ll pop into the city (Manhattan) for said auditions, meetings, conferences, etc. And I usually end the night with a very, very large bowl of very, very buttery popcorn seated on the couch with my guy streaming something hopefully entertaining.

By accident. I needed to fill some credits to graduate from college and my friend told me the Intro to Acting class was an easy A. I said HELL NO (I was so deeply self-conscious then) and tried to get into four other classes. They were all full. So, Intro to Acting it was. And by the second class I was completely hooked. Done. Over. That was it.

Not knowing what’s coming next. I have to work at embracing the uncertainty of things daily.

How did you got selected for the Apple TV+’s upcoming futuristic, post-apocalyptic drama “See”?

My dear friend Christine Bruno heard about the show and sent my materials to casting. I first auditioned for the female lead. And apparently the producers liked something about the read so they brought me back in for Souter Bax, which I ended up booking.

What is “See” about and what people can expect from it?

It’s a world building drama set in the future after most of the earth’s population has died from a virus. The remainder of the human race is blind and has been powerfully thriving for hundreds of years. But not all the descendants of the original survivors were decent folk. So this show starts when the rumbling between the different factions comes to a tipping point.

Also, the imagery that director, Francis Lawrence (I am Legend, Hunger Games Mocking Jay, Constantine), has created is unbelievably spectacular. The marriage of story-telling and visual composition on SEE are just epic and breathtaking.

And about your role as Souter Bax?

Oh, I loved playing Souter. She is fantastic! She is complicated and grieved and dry and desperate and vulnerable and fierce. Some call her vengeful. I call her fighting for warrior against injustice. She is also part of Baba Voss’s (Jason Momoa’s) village and is one of the few that isn’t super fond of Baba. I can’t say more than that, so you’ll just have to watch.

How was working alongside Jason Momoa?

Jason is one of those people where you can’t not know he is around. His presence is that large. He literally booms. He also always reminded me of a grizzly bear who just really likes to party.

I have done a ton of theatre (which I’m still doing) but last year screen wise, I shot New Amsterdam, NCIS, Law & Order SVU, and my first solo film.

Remembering my worth is never dependent on external circumstances or others’ beliefs.
It exists within me, always.

Happiness = ease of mind, fullness of heart, joyous of spirit. And a glass of really good champagne next to a body of water.

STAR WARS!!! I have been dreaming of being in a STAR WARS movie since I saw Yoda in 1980.

I just finished writing my first TV Pilot, which I am really thrilled about. So different than writing plays. And loving the rhythm of it all. I also just got funded for and am launching a first of its kind Professional Actor Training Program for blind and low vision artists, which I’ll be master teaching in in the first part of 2020. I am also writing a new Solo Film (Solo as in I’m the actor, director, camera person, sound editor, composer, everything…it’s a radical challenge) which I’m planning to shoot mid 2020. I’ve also just started writing my first book. And then of course, I hopefully will have lots and lots of incredible acting opportunities with incredibly talented and visionary people.

What do you think makes a woman beautiful and why?

Ownership and celebration of self. When a woman fully owns her unique and authentic power, it is mesmerizing and a gift to everyone around her. It offers freedom to others to be the greatest versions of themselves.

Black. Tough. Sleek. Pants over dresses. But when I am in a dress, make way, cause I am So gonna wear it!

I’m legally blind. I’m one of only two legally blind actresses in the United States with an MFA in Acting. I was also a California Regional all-star basketball player in high school and never told my coaches how bad my vision actually was. I was hitting 3’s, so it probably wouldn’t have made a difference anyway.

I see myself even more creatively adventurous and hungry. I’ll have or will be acting in and producing my own TV show. I’ll have met ELLEN and OPRAH. (Have to set that intention!) I’ll be working on building my own production company and will be dancing at least once a week. I also hope to finally be on a plant-based diet by then, although that might actually take me the full five years to accomplish.

My dream holiday would be staying with my guy in some amazingly secluded hotel on the cliffs overlooking the ocean in walking distance of a Michelin star-rated restaurant that offers a world-class wine list. Basically it would be all about eating, drinking and being one with the water. You know, the basics.

Maya Angelou. Everything she ever said or wrote has moved me to my core.

Watching an artist documentary, eating a truck ton of guacamole, taking a very, very long walk with my man and then retiring by 7:30.

I like intelligent dramas that boldly state opinions about our world. I’m usually drawn to shows with fiercely drawn female characters who are never what they appear to be (i.e. Killing Eve, amazing!). Or if I’m watching comedies, they have to have a dark edge to them. I can’t remember the last time I watched a sitcom. I also gravitate towards British crime shows and anything in the smart sci-fi world like Westworld or Stranger Things.

Do you support any charities? If so, which ones?

Favorite Quote and why?

I have so many, but this is one of my current favorites:

“The highest vision for your life is unprecedented and literally beyond your imagination.” Michael Bernard Beckwith

It reminds me that more is possible for me than I can possibly dream up for myself, so all I need to do is enter each day with the joyful expectancy of greatness and follow the pull of inspiration.

Interview with “Winning Time: The Rise of the Lakers Dynasty” actor...