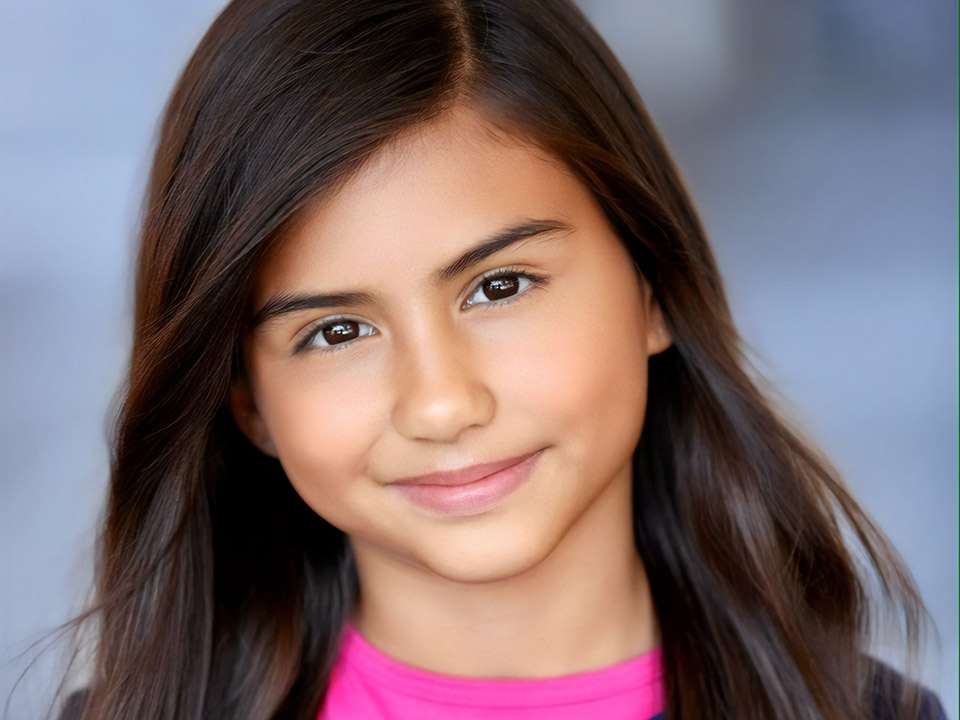 Check out our interview with musical prodigy and multi-talented young actress Madison Taylor Baez. Just under 10 years old and already a breakout star, Baez will be making her series regular television debut as “Young Selena,” alongside Christian Serratos (“The Walking Dead”) in the upcoming Netflix original, “Selena: The Series” slated for summer 2020.

Madison has been making waves since she began singing the national anthem for the LA Lakers at just 8 years old. Since then, she has performed for the LA Dodgers, LA Lakers, LA Rams and the LA Galaxy. 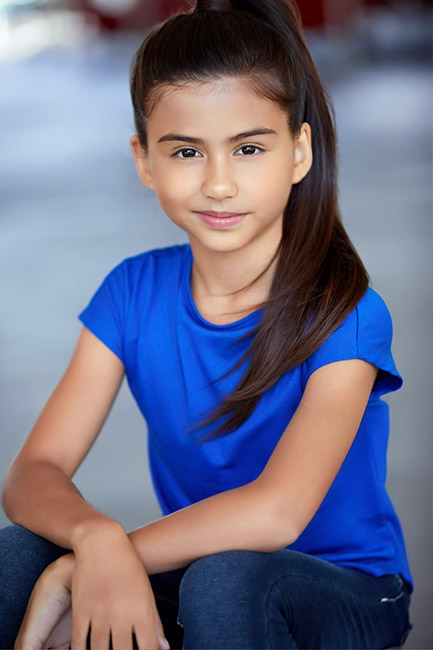 Hi Madison, please tell us a little about you.

Hi! Thank you for having me! My name is Madison Taylor Baez and I am a singer, also known as “Anthem Girl” and I am also an actress who will be starring as Young Selena in Netflix’s “Selena: The Series.”

My Dad battled stage 4 Colon Cancer for 6 years and he still managed to be there for me in everything I do.

I started acting by doing commercials at 7 years old. I have done 11 national commercials and from there, I got roles in a short film and music videos. It was actually a very natural progression for me as singing is acting. As a singer and like an actor, you have to be able to give different emotions and passion depending on the type of song I’m singing and for acting in a character, it’s the same.

It has enabled me to get this amazing opportunity to play the role of Young Selena that will showcase both my acting and singing. It also gives me a platform to inspire young kids all over the world and I couldn’t be more excited and grateful.

The best part is playing different characters, being on set, wardrobe, interacting with other cast members and going on location. The worst is waiting long hours in my trailer to be called to set and the real early and late call times.

Tell us about your work on Netflix’s original “Selena: The Series?”

I play the fun loving Young Selena. Abraham (Selena’s father) has this idea to a start a family band with Young Selena as the lead singer. I, as young Selena, recreate many of the moments in her life as she learns to sing and wanting to make her father proud. The series also shows many struggles the family had to endure to achieve the father’s dream of having Selena achieve worldwide success.

How was your experience playing the role of Young Selena?

It was amazing! Being able to relive the moments in Selena’s life was surreal. So many of the experiences she had were so much like my own. From my dad teaching me singing, music, learning to sing in Spanish, to all the practice sessions and performing in public.

I recently co-starred in the film “The Tooth Racket”. It’s a fun comedy where I play a conniving little girl who has been conning the Tooth Fairy out of money. It’s been getting great reviews. Also, I have appeared in some music videos. 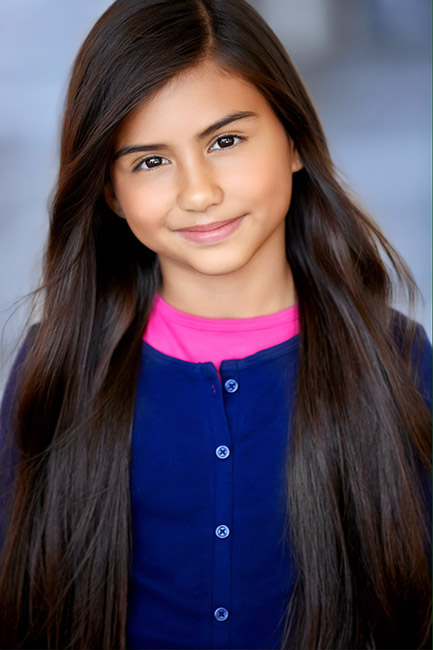 The most rewarding is that I get to inspire kids and adults with both my singing and acting, as well as representing both the Latin and Filipino communities. Also, donating my time and singing at many charities is an amazing feeling.

Now tell us about singing the national anthem for the LA Lakers, Dodgers, LA Rams and LA Galaxy?

Well, it’s awesome to be able to sing the greatest song ever, especially for my country, my favorite teams and for charities. Hearing 50,000 fans chanting “Anthem Girl” over and over after I sing is an incredible feeling. I feel so honored to be attached to the “Star Spangled Banner.”

That’s amazing. Do you ever get nervous?

Oh every single time, right up to when I get the microphone in my hand. Once it’s in my hand, all the nerves go away and I say to myself, â€œOk Maddie, Let’s Do This’ lol!

Teriyaki Chicken and rice. That is actually my favorite dish that I could eat every day. Without the veggies of course lol!

Oh I’m a steak girl!! Big Ribeye with lots of butter on it and fries. Sooo yummy! And pizza, of course!

Hmm? I’m a Tom Boy that likes to just throw on a pair of jeans, a T-shirt on and baseball cap backwards. I also love to pair my sneakers with my dresses.

What’s next for Madison Taylor Baez in 2020?

More Anthem and singing appearances and I have some acting projects in the works I can hopefully share soon. Hopefully put out an Album as well.

Being with and having the support of my family and friends, giving back to others, and staying humble.

I attend school, come home, and do homework. I then play my piano and guitar, maybe a little singing, then I go outside and play with my friends.

Going to the movies with my friends, eating some burgers and getting a big brownie fudge sundae.

I would love to meet Bruno Mars because he is my favorite singer and he plays multiple instruments like me and he likes to have fun on stage like me.

From my dad!! “Own the Stage And You Will Win The Crowd”. “Staying Humble is more Important than Fame”.

Yes that is very important to me. Any and all, I always have and will continue to sing and donate my time to charities. I’m very blessed to have opportunities in my life and it’s only right I give back to others less fortunate.

My doggies, family and friends.

I love school so I see myself starting high school and continuing to grow from all my experiences. Also, I see myself having some great roles on the big screen, continue in television, and hopefully go on tour singing.

Perm By Bruno Mars because it’s catchy. I love the rhythm and I love to perform it.

It’s fun to share posts and my music. My parents handle my social media.

Quote: A Goal Without A Plan Is A Wish