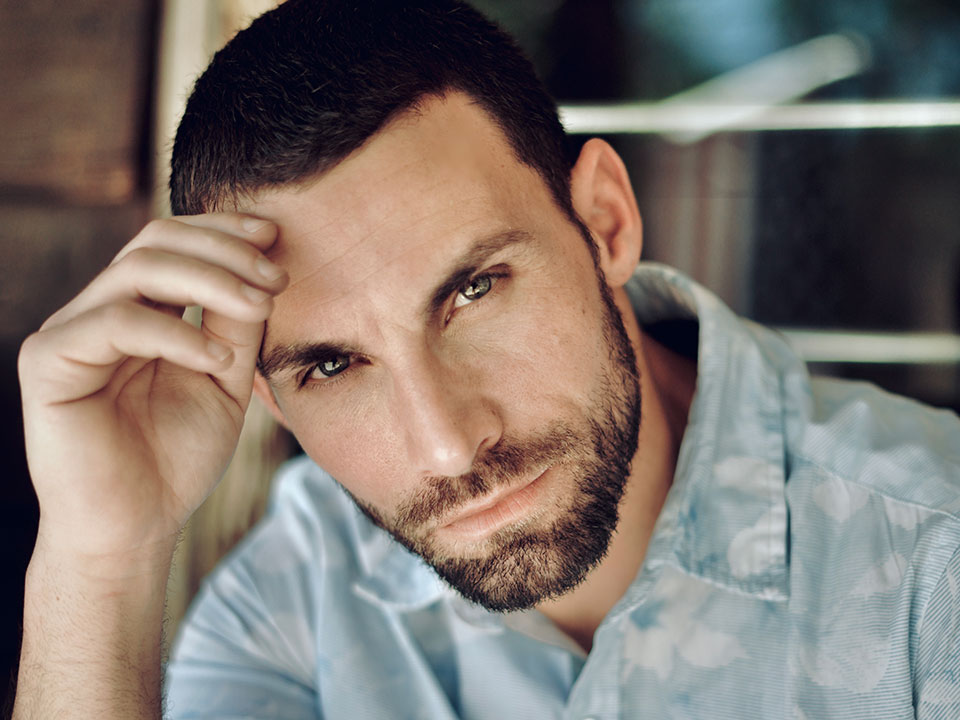 Check out our interview with talented “Break Even” actor Erik Fellows

Over the years, Erik has appeared in several TV shows and films, including “CSI: NY,” “NCIS: Los Angeles,” had a major recurring role in “Days of our Lives,” and is presently a series regular on the Amazon Prime Emmy Winning Series “The Bay.” Erik’s past film work includes Bonnie and Clyde “Justified,” “Rounds,” the indie hit “American Cowslip” (where he played alongside the legendary actor’s Peter Falk, Cloris Leachman, Rip Torn, Diane Ladd, Bruce Dern, and Val Kilmer), the Amazon Prime hit “Texas Heart” (2016), and in his dark comedy film “Jonny’s Sweet Revenge” (2017), that did very well in the festival circuit winning 14 awards was released worldwide.

Erik’s film, “Being Rose,” was released in (2019) where he played alongside legends Cybill Shepard and James Brolin playing Cybill Shepard’s son. Also, in (2019), he starred in the hit Lifetime movie “My Daughter’s Ransom,” playing the role of Frank.

In 2020, Erik was also fortunate enough to book and play himself/face and character Jonas Beil in the very successful video game franchise NBA 2K20. His latest work is with the new films, “Break Even” and “STARFCK’R.” 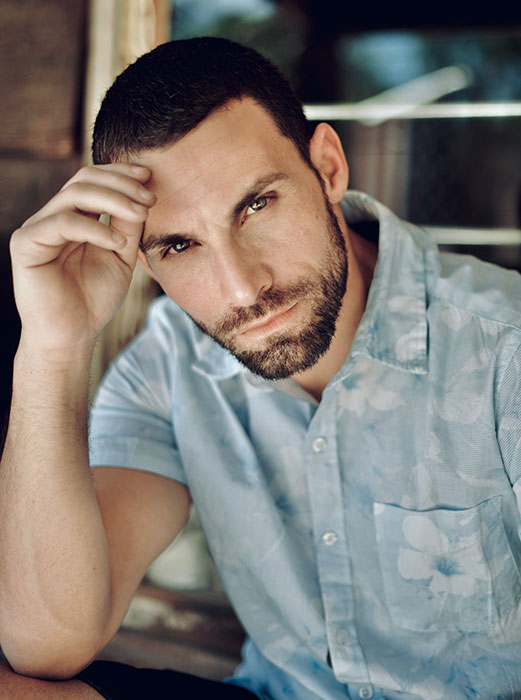 Hi Erik, please tell us a little about you?

Well, I am an only child with Italian/ Swedish blood with a bit of English in me as well! I grew up on the East Coast in Maryland, close to Washington DC. I was big into sports, and basketball was my first passion and dream growing up. I played high school ball and was being looked at to play pro ball in Italy out of high school, but an unfortunate injury going into my senior year set me back and ultimately ended up changing my career path.

Acting was never a passion or dream, but one day I was approached and given an introduction to a modeling agency from an ex-girlfriend’s friend who happened to have her child in modeling and commercials. She said I should think about giving it a try, and she thought I had what it took so it couldn’t hurt. I met with the agency, and they signed me. From that moment, my life changed forever! I’m forever grateful for that opportunity that I might never have had, and I now have been in the entertainment biz and working as an actor for 20 yrs and going strong!

In so many ways, the work and the passion it has brought out of me is something I never thought I had in me, besides when I played basketball, and I never thought I would have that again. It showed me that when you give a 150% of yourself to something and achieve what you set out to do, the reward is beyond what I ever imagined.

Well, the worst part is the rejection and the never knowing and living a very day-by-day understanding of not knowing! But the best parts are the places I have traveled, the people I have met and had the opportunity to perform with. Never in a million years did I think I would star next to them or even hold a conversation with them. My respect for so many things as a human being has changed. I have had a blessed life. Each day I wake up extremely grateful for it. The support that everyone in my life, from my family, friends, colleagues, and fans, has been what’s kept me going and successful. I love all of them for being by my side on this journey!

Tell us about your work in the new film “Break Even?”

It was a BLAST… we had so much fun together making this film. Very grateful for the opportunity that the director Shane Stanley and the writer Cj Walley gave me in this film. Playing Dash and bringing him to life was so much fun! They let me run free with the character and let me play and live! What a great experience.

And about your role as Dash?

He is a down on his luck kind of guy. He is dating Rosie, played by Alisa Reyes, who did a great job in the film. Dash is very good friends with Tasya Teles’ character Jaq in the movie. What a badass she is and was in this role. Brent Bailey plays the 4th lead in the role of Sebastian, who was perfect in his role. Dash and Seb bump heads a bit throughout the film but have an understanding as well and gain respect for one another. Dash is that guy with a big personality and a lot of fun and likes to cause and stir trouble. Also will do anything to find a better life for him and his girl, and when they find the money, he shows how much it would change their lives and is willing to do whatever it takes to do so.

I just started eating healthier and working harder than I was to get my body where it needed to be since I knew I would be spending a lot of time with my shirt off on a beach/boats etc., in the sun. Dash lives a bit inside me, so I really just came in with the thought process ready to go and added some flavor to him. I love performing in the moment, so I don’t judge it too much; I just do it!

Well, as far as TV goes, I have been on shows such as CSI NY, NCIS LA, many different streaming shows as series regulars and guest stars. Currently, I’m a series regular on two different shows 1) “Purgatory,” I play the role of (Bobby) and 2) the 19x Emmy award-winning series on Amazon Prime “The Bay,” the series where I play (Damian Blackwell).

I have also been in many many films such as “American Cowslip” w/ the Legendary all-star cast – Val Kilmer, Cloris Leachman, Bruce Dern, Diane Ladd, Lin Shaye, Peter Falk, Rip Torne, and Blake Clark also the film “Being Rose” playing the role of Will opposite to Cybill Shepard who plays my mother in it and also played opposite to James Brolin and Pam Grier and Amy Davidson who plays my wife other notable films. I starred as the lead actor (Peter Franklin) in the award-winning film, “Texas Heart,” also the multiple award-winning dark comedy “Jonnys Sweet Revenge,” Lifetime Movie hit film “My Daughter’s Ransom” and many many others. You can refer to my IMDb for credits and info.

I love playing the villain and edgy characters, something that challenges me as much as possible! I also love comedy and dark comedies; having the chance to be ridiculous and getting people to laugh makes me super thrilled!

Giving my fans and viewers something to take from each project, whether it be a smile, laugh, or a cry. Seeing them learn or take a piece of my performance with them and hold onto it makes me feel happy and like I did my job.

I just want to start it out on a high note and keep smiling. I have a handful of projects coming out as well- My movies Starf*cker, Divorce Bait, Zero Road, and my new TV series Purgatory (2nd Season) on Popstartv.

All sweets, I love them all; but if I was to pick one or two, I love Sour Patch Kids and Rice Crispy Treats.

Spending time with family and friends that I love in my life and providing for them.

I have two people, Jesus and Marilyn Monroe, both legends, and both demand attention and your respect!

You get a few shots in this life if you’re lucky enough, don’t waste it on always feeling doubtful and negative, creating your own bad energy, find a way to make your life one that you will smile about when its time to say goodbye!

The charity name is “Lost but not Forgotten.”

Exactly what I’m doing now, making films that I’m proud of and living my life the best possible way I can! Hopefully, making people laugh and cry and happy and sad and wanna watch everything I put out on the Big Screen; that’s where I want to be at!!

Stand By Me – because of the literal meaning of the words and what they stand for. It has also been my favorite movie since the movie came out in 1986 and became my favorite song since that time!

I think social media is amazing and awful all at the same time!! It has created so many opportunities and also destroyed humankind at the same exact time. I have an absolute love/hate relationship with it!

Quote: You only live once on this earth, you better live it F’ing right!!!

Movie: Stand By Me