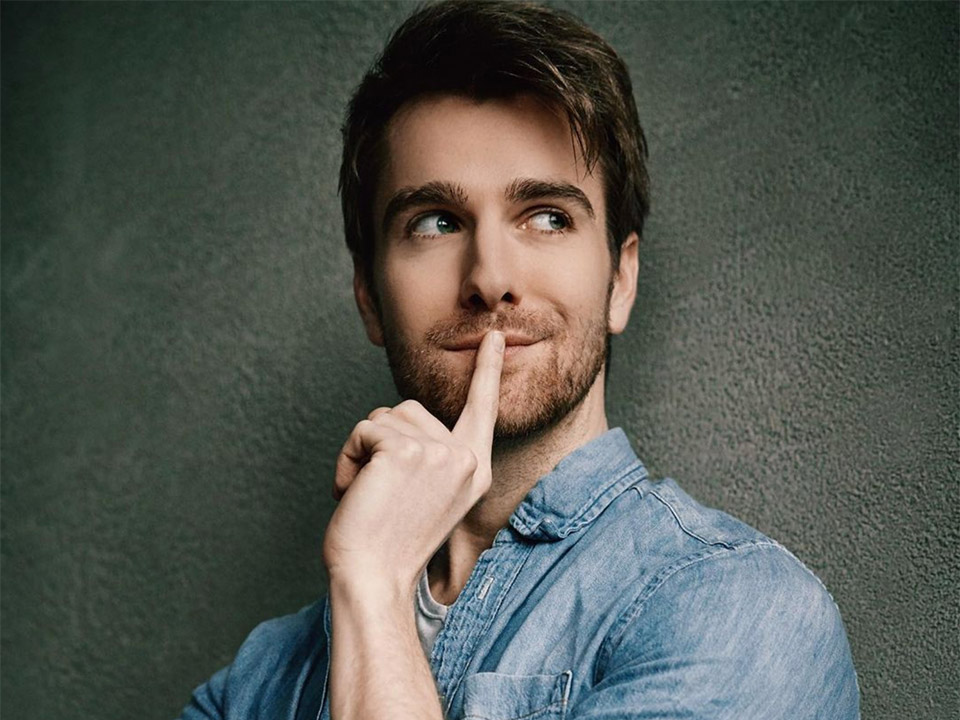 Check out our interview with creator and director of the new series for Prime Video “The Influencers” Mike Heslin.

Mike also stars as Taylor, the ‘normal’ half of the obnoxious ‘Insta-couple’ of Taylor and Tyler (#instaboyfriends). While Tyler wants likes, Taylor just wants to be liked. They very much joke about the stereotype of the gay dating their twin as well.

The show follows six eclectic social media “stars” co-habitating as they compete in a series of creative challenges for an exclusive brand deal with the latest millennial juice craze: Jücytox. As cameras capture each influencer in real life, the manicured versions they present to the world online implode before our eyes. Heslin created, wrote, directed and performs in the new comedy and satire which is the latest project from Well-Versed Entertainment. Most recently starred in the pilot Boy*Friends.

Mike has toured the nation with Tony Award-winning War Horse and also starred on stage in the fan favorite Mamma Mia. 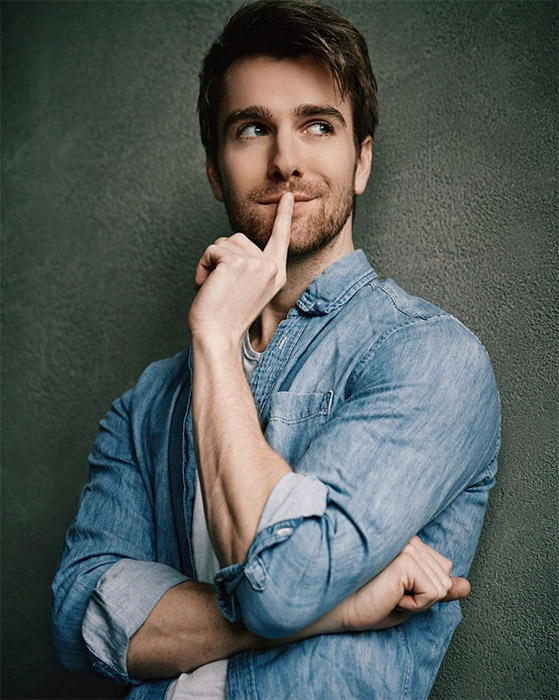 Hi Mike, please tell us a little about you?

I’m a writer, director, actor, and co-founder of Well-Versed Entertainment as well as the creator of The Influencers – now streaming on Prime Video! I like long walks on the beach, animals and Mexican food.

When I was five years old my mom took me to a local community theater production and I was instantly captivated! We found a nearby children’s theater but you couldn’t audition if you were under six. I spent the next year perfecting my audition song and auditioned for The Wizard of Oz after I turned six and was cast as one of the munchkins in the Lollipop Guild! Been performing ever since.

Tell us about your work in the brand new hit series “The Influencers?”

I created, wrote, directed and play Taylor, one half of the obnoxious instacouple in the series. I was between acting gigs and was freelancing for a social media agency working as a social media director and creative director. Casting and contracting influencers was part of my day to day and while there are tons of influencers out there who are super intelligent and incredibly business savvy, I happened to work with a few that were gorgeous, sweet, but who were lacking any real skillset. I started to wonder what would happen if these individuals had to prove themselves in a real public forum and how they would fare on an unfiltered platform where you couldn’t perfectly curate your persona. Thus the inception for The Influencers was born! At this time, social media was really at the forefront of American pop culture as well with hit reality shows like The Circle and Love is Blind on Netflix – Fyre Festival documentaries were all the rage too. I realized that there weren’t any scripted narratives exploring this subject matter so I started to imagine what that would look like. The idea tickled me so I started writing pretty immediately. A few weeks later, the five episodes were completed. Whenever I fall for a subject matter and feel that a certain idea really has legs to it, I get this specific buzz of excitement. I had it in spades with this project and felt really attached to it, so I decided to take a stab at directing it as well. I had a very clear vision for the show and have always loved directing. While this is my professional directorial debut, I minored in directing in college and have acted as creative director for many video campaigns and photoshoots. On top of writing and directing the project, I also created the roles of the instacouple for my real life partner and I as well. One of the original intentions and inspirations for the show was to create something for my friends and I (and that includes my partner as well) – so I knew very early on that I wanted Nic (aka Scotty Dynamo) and I to play Tyler and Taylor. We don’t really argue or fight in real life so it was fun to play the complete opposite of ourselves and act as a really dramatic, dysfunctional couple who’s constantly bickering and fighting! 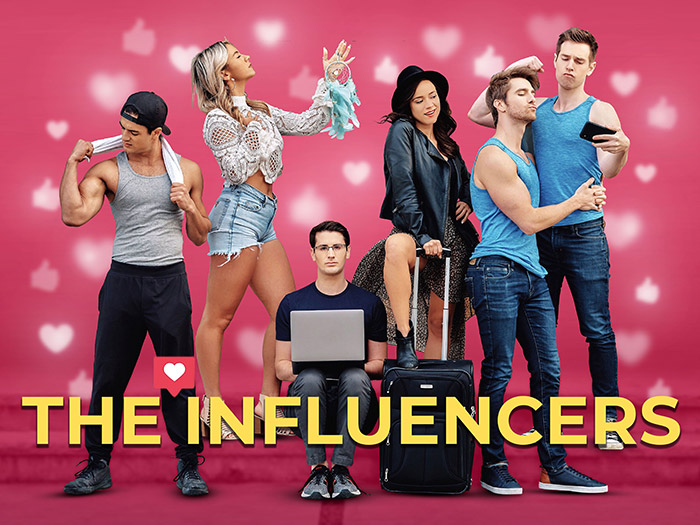 The support and positive reception for the show has truly been overwhelming! We are so excited that The Influencers is out in the world and it has already started opening up opportunities and doors. We’re very excited and grateful for all of the love! On top of the recent support, I have to say that directing The Influencers was the most creatively fulfilling experience I’ve had to date and I’m super keen on directing more in the future! I was lucky to be surrounded by such an amazingly collaborative cast and crew. It will be hard not to compare future experiences to this one!

Can you share something funny/crazy that happened to you while filming?

We shot this in October but wanted it to look like it took place during summer. It rained every single day during the shoot except for one, so we had to get all of our exteriors done for the entire series in that one day! We also had to shoot the finale outdoors at night. The poor actors were freezing but they were such troopers and you would never know it when you watch the fifth episode!

Right before The Influencers debuted, I co-produced and starred as Rupert in the new comedy pilot Boy•Friends, which is now streaming on the My Gay Roommate YouTube channel. We had a 1.3 million month opening and are looking to further develop the project! I’ve also appeared on screen in Younger (TV Land) and I Love You But I Lied (Lifetime), and on stage in War Horse, Mamma Mia, The Donkey Show.

I’m usually cast a the nice guy or fratty goofballs, but I’d love to play a good villain. Bad guys have so much more fun! I’d love to play the unassuming villain who’s “nice guy” facade cracks at the 11 o’clock hour and you see that it was all an act and that he’s actually terrible and dark. I also am a huge fan of fantasy and fiction and would love to shoot something with epic locations such as Game of Thrones or Jurassic Park. That’s the dream!

The most rewarding part is definitely the initial release. As a filmmaker, you’re living in this bubble all alone, and then that bubble expands to include a cast, crew, editors etc. So to finally see all of your hard work come to fruition from idea to a full series and to see audiences enjoy The Influencers as much as we did making it is incredibly fulfilling.

My business partner, Noam Ash, and I have some exciting projects on our production company’s docket (pandemic allowing) at Well-Versed Entertainment! We have been commissioned to work on two feature films, a stage to screen adaptation, and a few pilots. We’ll see what happens with COVID and what is safe, but we’re especially excited about our upcoming features and can’t wait to share more about those soon. For the latest updates, check out www.wellversedent.com, www.mikeheslin.com, or follow @mikeheslin and @wellversedent on social!