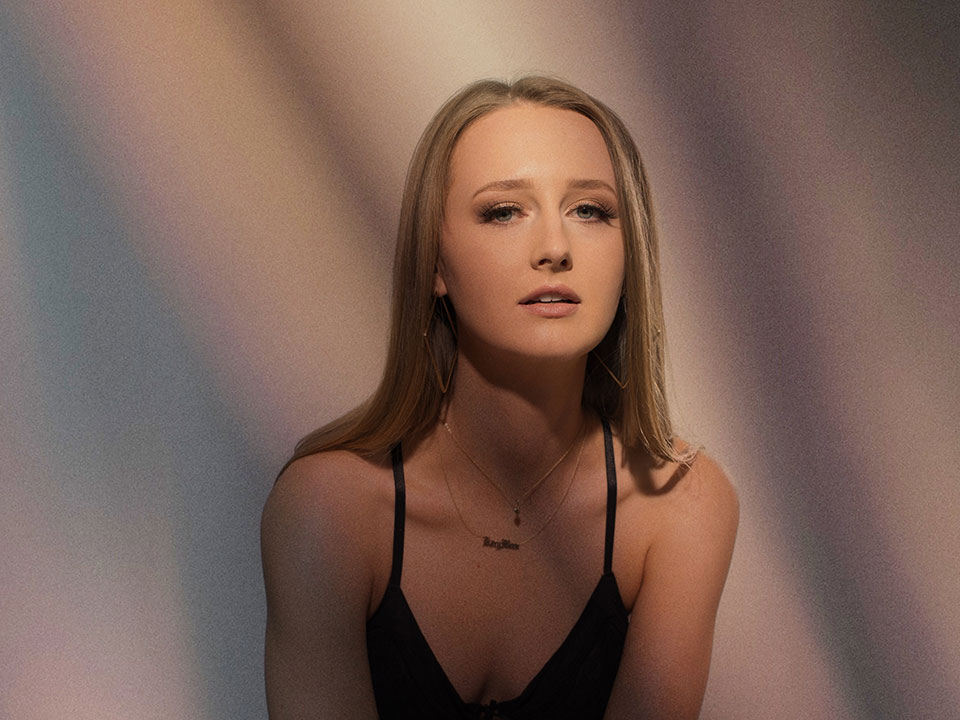 “‘Good Guys’ is about a guy I was into for a long time that wasn’t the best person. He has an ego and is used to girls hanging on his every word. Although there was a genuine spark between us, I just wanted to write this song to say, “just because you’re successful and have a name for yourself doesn’t mean you get a free pass to treat me this way.” I feel like it’s relatable to most people who have dated, especially in LA.”

‘Good Guys’ was co-written by Kacy and her producer Szabo in Sydney Australia. Her previous single release, ‘Cherry on Top (Szabo Remix)’ has been signed to a record label in Italy and is getting airplay there, and it also charted last month at #34 on the Music Week club pop chart in the UK!

Hi Kacy, please tell us a little about you!

Hi! I’m 25 years old and from Florida. I’m a singer and songwriter and I live in Los Angeles!

Kind, strong, HUNGRY (like I literally need a snack all the time)

Growing up, I was super into competitive martial arts, and when I was 9 I was part of this international team called ‘XMA’. I think the reason I loved doing that so much is because I was always on a stage performing for people! When I was 13, I had just competed on ESPN2 and decided I really wanted to move to Los Angeles to pursue a career in entertainment.

Watching Shania Twain, Britney Spears and Christina Aguilera’s concerts on VHS (yep, that’s right. Old school!) and singing along and mimicking them like I was performing to an audience too. I have such vivid memories of doing that!

I do! I play guitar and piano

Tell us about your new single “Good Guys?”

Well It was written about a boy… What a shocker! I’d known him for a long time and we were friends but there was always something more there. The longer I knew him though, the more I saw how into himself he was and how badly he treated me. Writing this song was my way of telling him that throughout the years he’d changed and let his success go to his head, and I wasn’t gonna stick around for it.

And now tell us about the success of your previous single ‘Cherry on Top (Szabo Remix)?’

This song has gotten a lot of attention which has been super exciting! It’s signed to a record label in Italy and is currently sitting at #21 on the commercial pop club chart in the UK! It’s so cool to think that people in Europe are in clubs dancing to my music.

I usually do beforehand, but when I get on the stage and get into it, all the nerves go away and I just feed into the energy of the crowd!

What inspires you to do new music?

It could be anything – a rainy day could put me in a mood where I want to write a sad song, or I might be talking to someone and what they say sparks lyrics. There’s even times I’ll be watching a movie and the characters trigger an idea for a song. Inspiration is all around you if you’re looking for it.

What’s the best and hardest part of being a musician?

I think the best part is that I get to be creative and do something I love, but the hardest part is actually the reality of the music business – getting to a point where your music is being heard and recognized.

My Great-Grandma used to sing country music at bars all around California and Texas when she was younger!

I think happiness is definitely a mindset! It’s being grateful and content in where you are in life.

Karen Carpenter. Aside from her songwriting talent and beautiful voice, her music still resonates with people today.

I really want to collaborate with an artist like Patrick Droney. He is such an insanely talented musician and songwriter and you can really hear the emotion in his voice when he sings. I saw him live recently and it was one of the best shows I’ve been to.

“When someone shows you who they are, believe them”

Probably my mom to be honest. She’s amazing – I’ve learned a lot from her. She really values honesty and integrity and is very strong and independent.

Currently I’m loving “Cheating On U” by Lacy Cavalier. I love everything about the production, the lyrics and the melody.. She’s a smaller artist doing awesome things which is very inspiring to me!

I have a lot more music coming this year! So stay tuned…

My next goal is to go on tour! I just want to be on stage singing every day.

Martial arts will always be a love of mine, but I also have a love for working out at the gym. I really enjoy being active and I think that’s very important to maintain

Knowing who I am

Eat breakfast, workout, maybe have a voice lesson, and doing something productive towards my career – either writing, editing, answering emails, or heading into the studio. I also love taking a break and watching YouTube videos!

A perfect Sunday would be in the summertime – A good brunch, then heading to the beach or pool with friends.

Alzheimers and dementia is really close to my heart. One of my biggest supporters was my first manager who developed dementia pretty early on, so I like to give back to charities working on research for that.

I think it’s a great place for fans and artists to connect with each other – It sucks that there’s people out there that have to be so rude and negative, but for the most part I think it’s great!

Quote: “Start each day with a grateful heart”