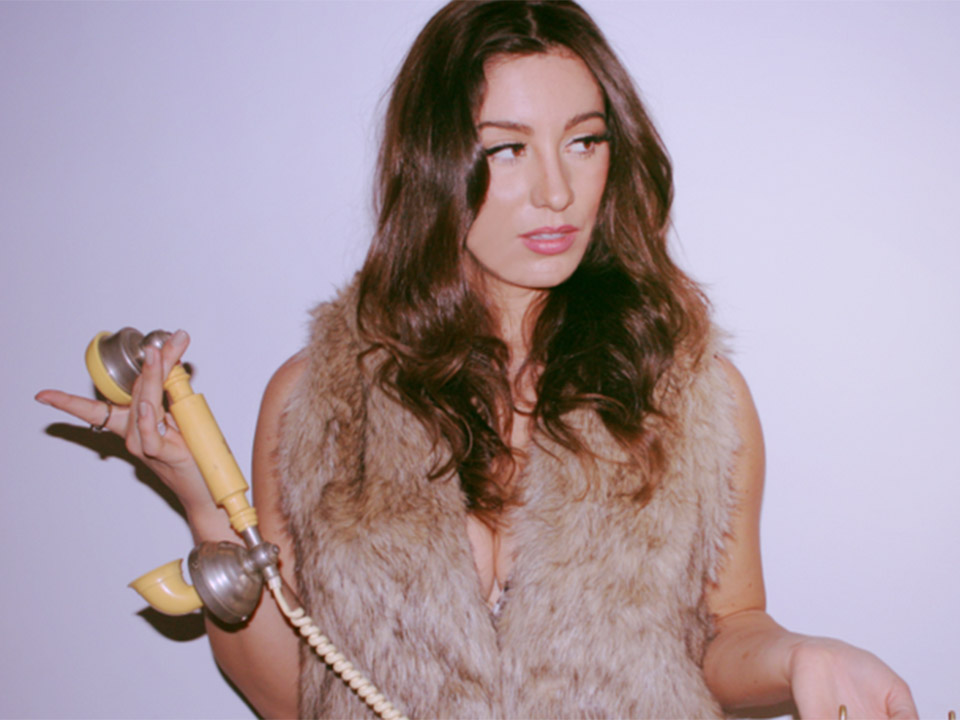 Lilianna Wilde is Canadian singer, songwriter most known for co-writing with musician and actor Cody Longo. She just released the first single and video, “Movin On” from my upcoming EP wildeONE.

“Movin On” is an R&B influenced pop track co-written and produced by vocal coach Nick Cooper.

Hi Lilianna, please tell us a little about you?

Hi there! Thanks for having me. I’ve been in LA almost five years now, it’s crazy how fast the time flys here, but I grew up outside Toronto most of my life. I moved out here initially for film school, and ended up finding music through that.

When and how did you get started in this business?

When I came to LA, I had the intention of writing screenplays. While in film school, I wrote a short and was looking into clearing music rights for it. When I realized how difficult it was, I just figured, “I wrote the script, I should try to write the songs.” I recruited some friends to help musically, I was the only person I could find to sing it, and thats where it all started. Although I’ve been writing for as long as I can remember, being a singer was something I stumbled upon when I came to LA.

I grew up on country music, my grandparents always had it on, I remember hearing “Coal Miners Daughter” by Loretta Lynn and knowing I wanted to tell stories like that. Music was always around, always important, but I didn’t really start diving into it until 2011. I’ve always been a writer, I have diaries and journals full of stories and poems. After finding music, I realized all of that writing, worked even better as songs.

It’s a long list! I do feel most drawn to country as a songwriter  – Loretta Lynn, Johnny Cash, Conway Twitty and Dolly Parton. Lyrics means a lot to me, even more so than the sonic quality of a voice. So, it’s generally writing that influences me, from ever genre really – Bill Withers, Lieber and Stoller, Lana Del Rey, Sia, Cole Porter and Eminem. I know these names don’t really seem like they fit, but they are all greats in their style.

I used to have this very detailed list of plans and goals, and then nothing went according to plan and I ended up achieving different goals. So, as of now, my only goal is to create. To keep making and sharing music.

Tell us about your album “wildeONE”?

I’m really excited to release the EP, it will be out within the first half of the new year. “Moving On” the first single from the project is the most pop/rnb influenced track, but the rest is really acoustic. I find my lyrics sometimes fit better in a simpler sound, so thats the route we went. This pop-acoustic blend.

What we can expect from the album?

It’s really personal, the stories all come from a place of truth. It’s exciting, and nerve-wracking to share sometimes. It’s not only just art, it’s sharing an experience, so that’s really what the album is about. What I’ve gone through the past few years living in LA, and hopefully listeners can find their own story interwoven with mine.

And about your song “Movin On”?

“Moving On” was written almost a year ago, so it’s interesting to be taken back to that moment when I hear it now. I have a co-writer on “Movin On” and while were working on another song called “Surrender”, we (as writers do) ended up chatting about where we were in our lives and what we really needed to write about, and that’s where “Movin On” came from.

Define your album in 3 words?

Yes! I consider myself a writer first and foremost. I’m always pulled more by lyrics and melody than vocal technique. I’m involved in all of the writing on my EP. Sometimes I write alone in my room the instant I feel heartbreak, other times with collaborators or musicians, whatever serves the song best. But I’m highly attached to being a part of the words I sing, the story I’m telling.

An endless supply of Spotify playlists and Pandora radio stations. My music choices influence my mood and vise versa, I’ve got everything from Billie Holiday and Sam Hunt to Bryson Tiller and Lost Frequencies.

Any loves other then music?

I grew up dancing, so I still love getting into a dance class. Music and dance really are synonymous to each other, I feel like they both come from very similar places. I read a lot, embarrassingly enough, teen romance fiction is my favorite. It’s so nice to dive into the innocence of a story about first love.

I’m a huge binge watcher, I like to devour seasons in one day of popcorn and “are you still watching?” moments. I’m hooked on Nashville right now. Orange Is the New Black, and I’m finally getting around to the last season of House of Cards.

“Because I Am A Girl” hits close to home for me. Being born a girl, unfortunately places you at a disadvantage, particularly in the developing world. What the charity does to support and encourage women, uplifts entire communities, not just the girls. I’m involved with them, especially in Canada.

A lot of writing! I write everyday, whether thats in a session with other artists and writers, or alone. Thats the one constant in my day to day, writing. Otherwise, it changes all of the time. I don’t function well on schedules haha!

What’s next for Lilianna?

Just creating! I have a few collaborations coming out in the new year. I just released a new song with Dave Campbell, “Pull Me In” thats on YouTube now. Up next is just more music, much more music!

It’s kind of incredible how influential the platform is, how you can have direct access to friends and fans. It’s really put power into the artists hands.

Quote: Not All Those Who Wander Are Lost – J.R.R. Tolkien

Music: All of it.

Drink: Whiskey. Of any kind. In any glass.