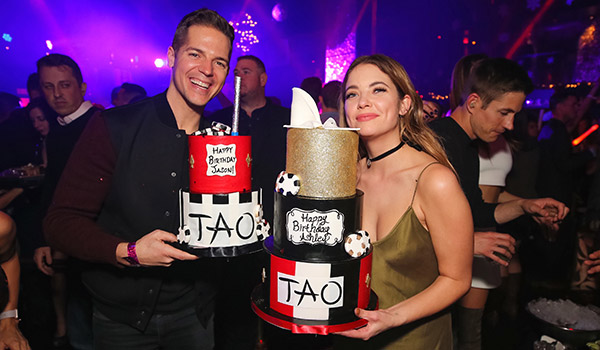 Saturday night, Jason Kennedy of E! News was spotted celebrating his 34th birthday weekend with dinner at TAO Asian Bistro at The Venetian with a group of friends. The group dined on the grilled Kobe ribeye with yuzu cilantro butter, crispy orange chicken and crispy rice and a special birthday dessert. They then went upstairs to the nightclub where the television host was presented with a cake while taking in the sounds of DJ Eric D Lux. 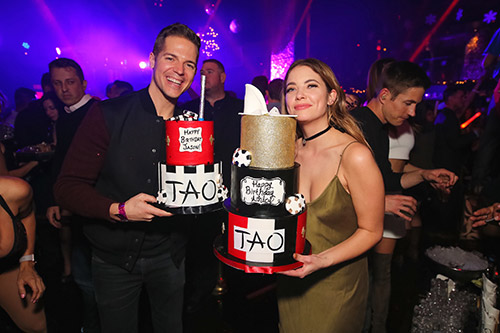 Also at TAO Asian Bistro was Ashley Benson of the hit TV show Pretty Little Liars celebrating her 26th birthday with a group of friends. Benson was presented with a special birthday dessert after enjoying an array of favorites such as the Chilean sea bass and aged prime sirloin and broccoli with black bean sauce. Following dinner, the birthday girl’s group headed upstairs to join Kennedy’s group in the nightclub where the TAO staff led a joint birthday presentation and she danced the night away at her VIP table. 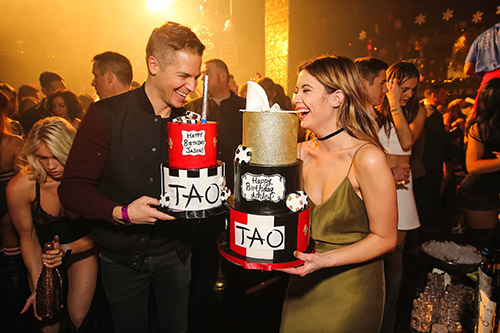 Tom Felton, also known as Draco Malfoy from Harry Potter, was  spotted at TAO Asian Bistro Saturday night celebrating his brother’s 21st birthday. The group enjoyed the TAO shabu shabu, Singapore mei fun noodles, dragon tail spare ribs and salmon nigiri and a birthday dessert. After dinner, the group made their way upstairs to the nightclub where the TAO staff welcomed Felton’s brother with a special birthday announcement while they took in the scene from their VIP table. 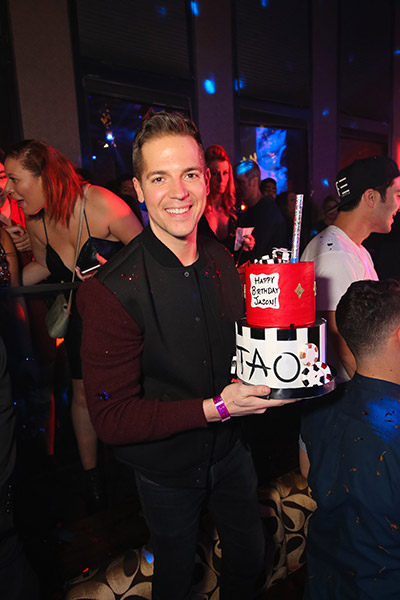 Perez Hilton was also spotted at Tao Asian Bistro on Saturday evening enjoying dinner with friends. The group enjoyed the Chilean sea bass, crispy coconut shrimp with spicy Thai peanut sauce and an order of crispy rice while sipping on the orchid cocktail. 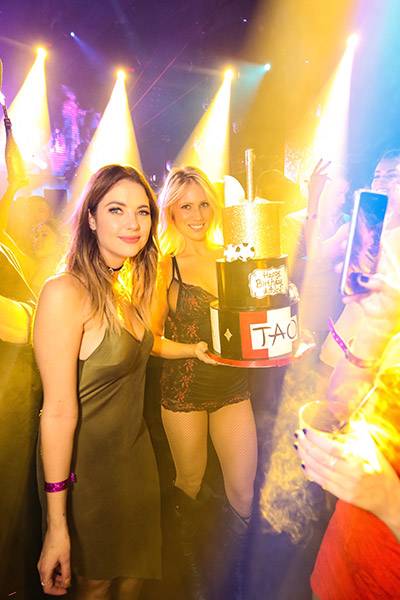 Friday night, Kennedy of E! News started the weekend at LAVO Italian restaurant. The LAVO staff presented Kennedy with a special dessert after enjoying some of the restaurant’s classics such as the crispy fried calamari, chicken parmigiano and meatball with whipped fresh ricotta. Following dinner, the group headed upstairs to check out the scene at LAVO Casino Club.