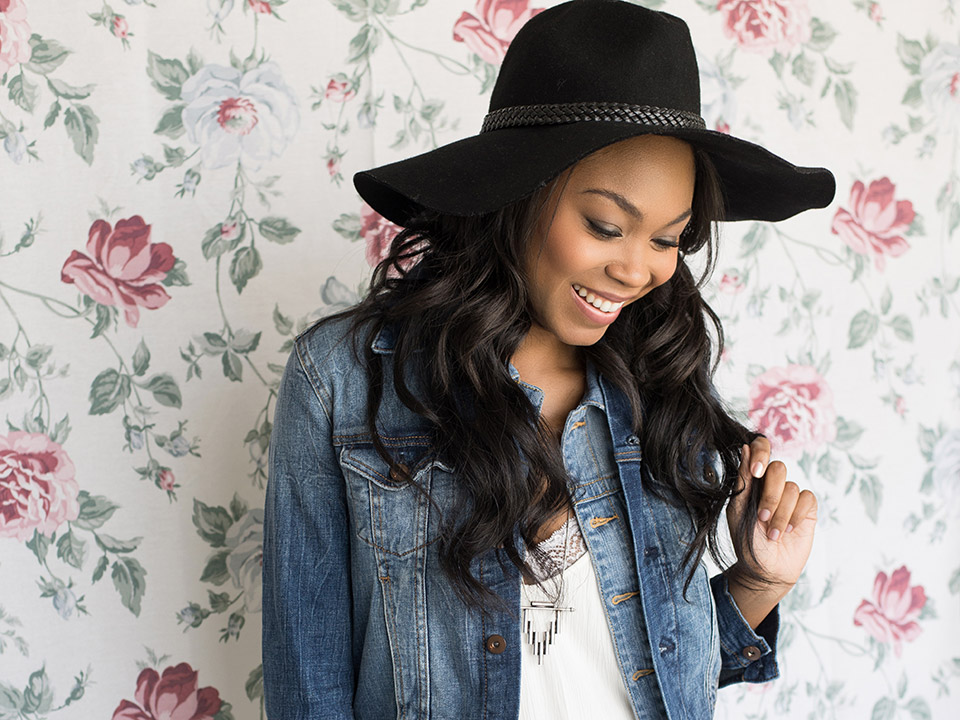 Our interview with model, former beauty Queen and actress Ashley Love-Mills who can be seen on Tyler Perry’s series “Too Close to Home,” playing the role of Valerie.

Hi Ashley please tell us a little about yourself?

I am originally from Orlando, Florida by way of North Carolina now residing in Atlanta, Georgia. I’m a graduate of North Carolina State University with a degree in Media Communications as well as a minor Tv/Film Production. I’m a woman with a vision that knows exactly what I want in life while making new discoveries, mostly about myself, daily in order to achieve those things. To add in a random fact…I’m probably the biggest Harry Potter fanatic you’ll ever meet!

I’ve known since I was a little girl that I wanted to be an actress. From a young age, I was always drawn to the industry and found myself spending all my time at home watching movies except for when I was at school. So technically, I’ve probably been acting since I was about 3 years. I was always performing and entertaining those around me. My appreciation for the art film making cinematography started from an early age as well. I can remember being glued to my television watching scenes over and over again trying to make sense of the editing and directorial choices as well.

Growing up my dad was my role model. He was retired from the military so I spent more time with him than I did my mom. In my eyes, there was nothing he could do wrong. My dad was like a superhero to me. Coming from a military background forced him to have a strong work ethic which naturally rubbed off on me, and is apart of why I am passionate and tunnels vision about achieving my goals. He taught me the importance of hard work and persistence. Without his influence, I probably wouldn’t be doing what I’m doing now.

Every day is different for me because everything is dependent on my shooting schedule. Some days I wake up and head straight to the studio and on my off days I still have work I’ll need to catch up on. On my days off, I read a daily inspiration passage and meditate as soon as I wake up. Then I check my emails to see what bookings and auditions I have and sort of just go from there. I work 7/24/365. Even if I’m not on a set shooting, I’m in the process to prep for a shoot or I’m at an audition trying to book my next gig so regardless its always work. I do my best to exercise daily as well in between all that.

My first gig I booked when I was 9 years old. It was an indie project called “Timmy’s Dilemma” that was being filmed on University of Central Florida’s campus. I played one of the students that attended classes with the lead of the film. I’m pretty sure this film never got a distribution deal (LOL) but with that being said, working on set provided me with such a euphoric feeling so I knew that I wanted to spend the rest of my life working as an actor.

There isn’t really isn’t just one person because there are so many people in my life that have left such a big impression on me. My parents of course because they raised me to be the woman that I am today. However, the other person that sticks out in my mind is my God-Mother. I’ve known her for almost half my life, and she in so many ways has been like a third parent to me. She has loved me, supported me unconditionally and believed in me and my dream even when my parents at times found it questionable. She is one of my best friends, and I’m a much more intelligent person and an even stronger woman because she is in my life.

Please tell us about the new series “Too Close To Home” and about your character?

Too Close To Home is really a story about survival. A young woman named Anna, played by my co-star, Danielle Savre, is epicenter of the show bringing two completely different worlds together; Washington, D.C. and Happy, Alabama. Anna moves to DC with dreams and hopes of leaving her past behind. Valerie, whom I play, is her best friend and has no knowledge of the life she lived in Alabama because Anna lied about everything. All those lies are unveiled due to the exposure of an affair Anna is involved in that not only effects her but also me as well. I soon discover the truth and quickly turn my back on Anna. Valerie is a pistol. She’s very transparent, provocative and at times appears to be what some might call a “back stabber”. She’s definitely the character on the show that everybody loves to hate.

What is next for Ashley Love-Mills?

I’m literally taking things day by day. I just found out that the show will be getting a season 2 so we should begin filming again very soon. I also just booked a co-star role on The Vampire Diaries that will also air sometime later this fall so be on the look out for that too! The most immediate thing I’m going to do force myself to take a vacation LOL. My birthday is this month so once I take some time off to recover, then its back to hit the ground running.

Im a big fan of Meryl Streep and Rooney Mara. These two woman are absolutely brilliant, making every role they play look effortless. Rooney is a young actress in Hollywood but both her and Meryl’s body of work is versatile, and I hope to have a similar resume in terms of the many characters I might play throughout my career.

Don’t rush the process. Get used to hearing the word no, but don’t be afraid of the word yes either. Thats the point of the audition process. Eventually you will get a yes so move forward confidently knowing that you were chosen for a reason without being afraid of making mistakes. You will make mistakes. LOTS of the so learn from them! Never judge yourself or the characters you play.

Name one beauty product you can’t live without?

Five years from now, I will have household name in the industry.  A boss.  Not only will be known for my work as an actress, but also as a writer, director and producer through my production company.

What are guilty pleasures food wise?

Pizza! Pizza! Pizza. I could eat Pizza ALL day everyday and would never get sick of it and to be quite honest, I can’t really explain why I like it so much. I guess it just tastes good!

My favorite holiday is Christmas. I don’t have a dream holiday. I would spend it with my late father who passed away 3 months ago or probably the special guy currently in my life.

If I do have any, which is almost never, I spend time with my family and friends or playing with my dog Jojo. My dog is like my child and so I treat him as such. I’m into fitness, binge watching different shows on Netflix, traveling and I’m a professional foodie! LOL

I don’t watch TV much but I binge on Netflix whenever I do feel like watching anything scripted. However, I am OBSESSED with How To Get Away With Murder starring Viola Davis on ABC.

Sunday Funday— Start off with church, then head straight to brunch with friends after where lots of mimosas will be consumed. Maybe sometime at the pool to relax then a long nap after. Wake to plan for my week then order some take out and then go back to Netflix and chill.

I’m a big fan of the USO, Best Buddies, the Special Olympics and Stop Bullying Now.

Social Media has helped to bridge the gap in terms of the way that we as people communicate with each other. Its also become an outlet for freedom expression which is great but it’s such a catch-22. Honestly, I’m not the biggest fan of social media. I wouldn’t even actively use it if it weren’t for my job. My biggest qualm with all social media is simply the same way that these outlets are used to harm others, spread messages of hate, discrimination, bullying, terrorism. I’d like to consider myself as being someone who is very socially aware. To each his own of course, but social media often gives a voice to those who shouldn’t have one. Yes, I believe that everyone has the right to their own opinion, but I think that people need to use better judgement and be held more accountable of the things they post especially if they expose their followers to something that they may not have desired to hear or see otherwise.

Quote: So as a man thinketh, so is he.