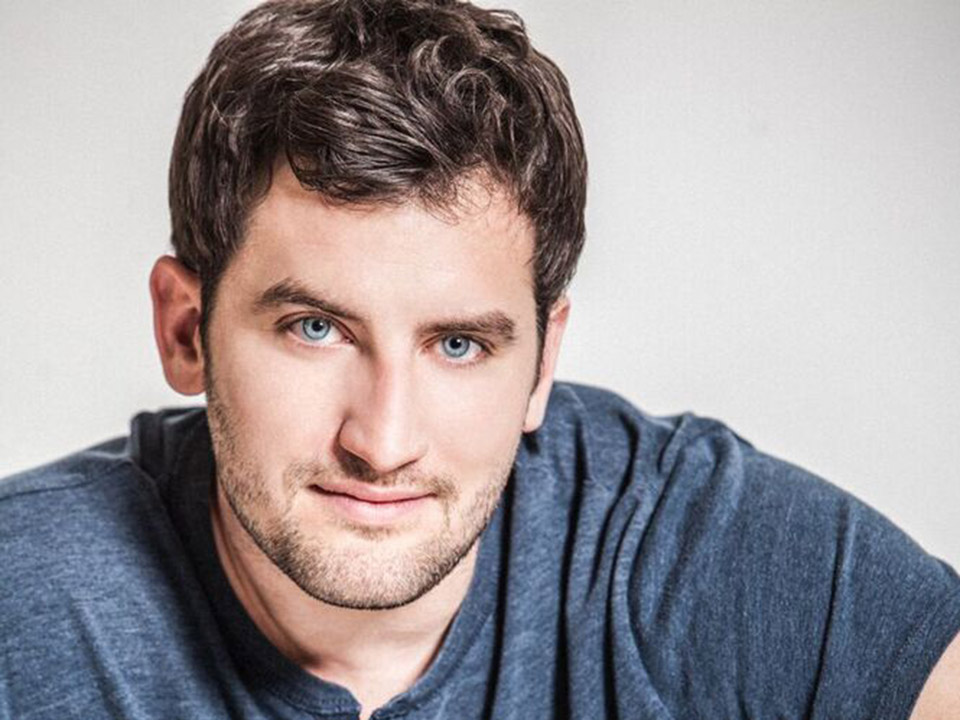 Check our exclusive interview with talented actor Forrest Vickery who can be seen in the upcoming Richard Linklater film “Everybody Wants Some”. The film has already garnered great reviews and has been named one of the most anticipated films of 2016 and will also be the opening title for the film portion of SXSW.

Hi Forrest, please tell us a little about you?

Well, I grew up in a small town in East Texas called Diana,Texas (2 hours east of Dallas) where we had the old cliche one red light and two gas stations. After graduation I went to college in Corpus Christi and Dallas but just couldn’t stand being in college so after taking a summer speech class I fell into acting and loved it. Five years later here I am!

I was going to college for sports management and I just always felt like I wanted to do something else but had no idea what. I was taking a summer class and a speech teacher who was also a theater teacher mentioned to me I should look into acting so a couple months later I took an acting class at Class Act Dallas and went every week until I moved to LA. Fell in love with it from the start.

Tell us about the film “Everybody Wants Some”? And about your role as Billy “Coma” Johnson?

Everybody Wants Some is a comedy set in Texas in 1980 and it follows a college baseball team during the first weekend of school. You get to go through picking your classes, meeting college girls for the first or hundredth time, and going to all the crazy different parties that came along with 1980. Coma isn’t like all the other guys though, even though he has been in school for a couple years he still hasn’t embraced all the craziness that can come along with 70s college life like the new punk rock faze or the eccentric hippie/theater parties. Coma is still growing along with the younger guys in trying to accept all the new things the world is throwing his way that he has never experienced.

What is the feeling that the film has been named one of the most anticipated films of 2016?

It is kind of surreal that a movie we all made is on a list like that but when you are working with Richard Linklater anything’s possible. He is one of the best minds in the world when it comes to making movies so anything he does should be enjoyed by everyone.

What was the vibe like on set between takes and between scenes?

It felt like we were on a guys vacation for 3 months. Between scenes we would all go out and throw the football or head back to the trailers and shoot crazy extra videos. Throughout the whole shoot it was all twelve of us together almost every day so there was some epic games played.

Which has been your favorite character that you have performed? And why?

I would have to say Coma was my favorite character to play because he was just so much fun. The freedom that Rick gave us with the characters let us get really attached to them so by the time rehearsals were over we were pretty much living in there skin daily.

How do you prepare for the role?

The best way for me to start preparing for a role is to find the heart of the person first. For me I have to understand how they feel about everything and why they feel that way so when we get to learning the script it feels effortless.

Who is your favorite actress/actor?

I have to go with Leonardo DiCaprio just because I believe he is the best in the game right now and has been for a while now. There is never a false moment in any of his performances and I think it just shows how hard of a worker he is.

It is hard to just put my finger on one piece of advice but my mom has always told me to follow my dreams and to never settle on something just because its easy or more convenient. And being that she has a son that chose this crazy life I am lucky to have such an understanding mom around.

Aint No Mountain High Enough by Marvin Gaye. I have no idea why I chose that one, I just know it has always been the type of song I can turn on and just start dancing. Any song that makes me want to dance I love.

A normal day when there is no work or meeting going on would start with some breakfast and the gym. Then I love to go find a coffee shop or some quiet spot where I can sit down and work on a script or do some writing. They normal day would be finished out with a glass of whiskey and whatever TV show I’m catching up on.

A perfect Sunday can ONLY happen during football season when I sit in front of the TV and watch games from the morning shows to the final game at night.

I grew up in the same town as Mathew McConahey, both proud East Texans.

What music can we find on your iPod?

Everything I listen to has to do with whatever random mood I am in during the day so I can start the day with Ed Sheeran and then NWA at the gym and finish off the day with Sam Hunt. I love to listen to soundtracks too so my most played on the iphone are Dazed and Confused (of course) and The Guardians of the Galaxy soundtrack.

Social Media took me a long time to warm up to it but now i’m starting to understand how great it can be to connect with fans, family, and old friends so i’m starting to try and figure out the whole system.

Quote: “Nothing worth having comes easy”

Food: Cheeseburger throw on some pico de gallo and guacamole with fries

Drink: Knob Creek on the rocks

Tv Show: so many.. The West Wing, Suits, Game of Thrones etc…