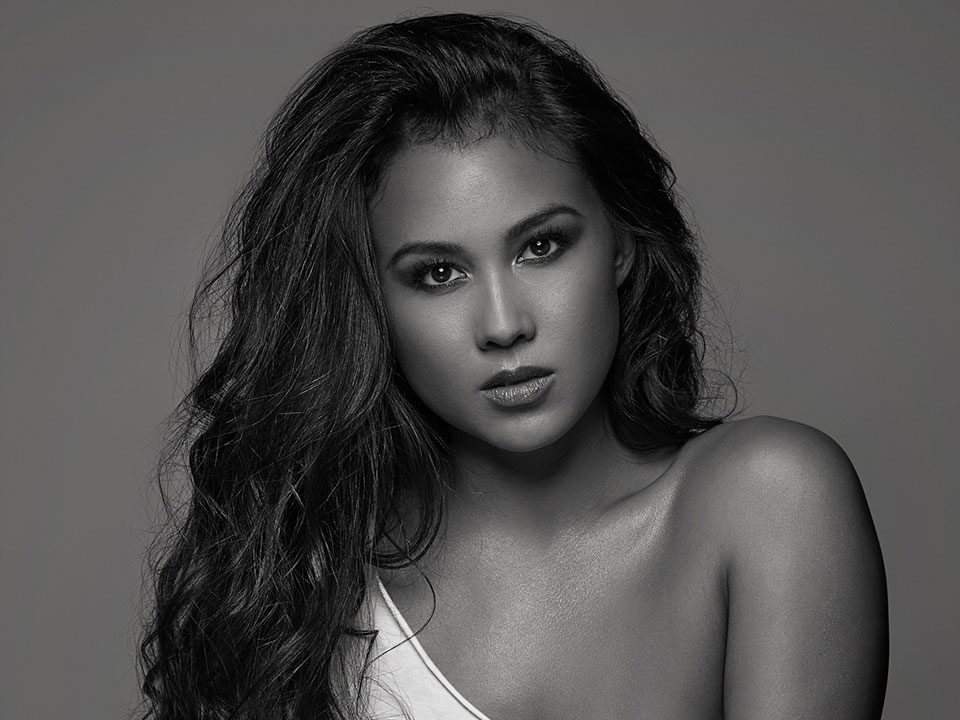 In film and television, Keilani has recently been featured on the hit shows, Once Upon a Time, Lucifer, Six, A Series of Unfortunate Events & The Magicians and her most recent feature film projects, The Color Rose, Woodland and Within The Silence.

Keilani was crowned Miss Asia in 2016 and currently splits her time between Vancouver and LA. She is originally from the Lheidli T’enneh Territory – what is colonially known as Prince George, BC, Canada. 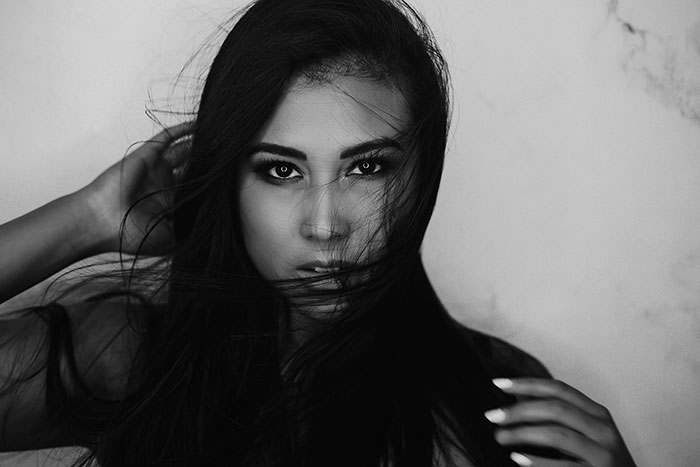 I am …
my Grandmother’s Granddaughter
Oldest of three
Raised by Mama
A story-teller, dancer, and musician
An artist, healer, and change-maker
From mixed Indigenous roots
Descendent of warriors and royalty
My ancestor’s wildest dreams
still here.

Story-telling is innately part of my existence. My people (Lheidli T’enneh and Hawai’ian) never had a written language before colonization. History, knowledge and culture has always been traditionally shared and passed on through stories, song, dance, and chant. This is a beautiful way of life I get to represent and perpetuate with my creativity. In the words of Taika Waititi at the 2020 Oscars (where he was the first Indigenous Māori producer to win an academy award) “We are the original story-tellers and we can make it here as well.”

… My introduction to the modern industry of acting came as an invitation because of my journey with dance. Finding this new way to explore the strength of my voice was incredibly evolutionary and felt like a very natural step in discovering empowerment through the arts.

Re-connecting me to the power of my voice led me to the questions, “What stories do I need to tell?” “Whose stories need to be elevated and amplified?” and “How can we create greater unity and compassion by sharing these stories?”

Representation matters so much. And being a female person of color in this industry gives me the ability to influence great change. It is a responsibility that fills me with purpose and inspiration … to dream with ambition and lead with conviction.

Connection … connecting deeply within yourself, but also connecting with those around you. This craft cultivates a very brave and vulnerable way of living that nurtures profound relationships. That to me is the best part about this life. … and there really is no worst (that I’ve discovered yet). But I can imagine being separated from loved ones for long back-to-back contracts would be the hardest part for me in the future.

Tell us about your film project “BREATHE?”

BREATHE is a story about an Indigenous girl and her battle with addiction as a result of trauma from the generational effects of colonization. We hope to share this narrative with a resilient tone and incorporate a mentorship program on set for Indigenous Youth. Principal camera is slated for January 2021 and it will be an intersectional piece with stylistic variations including modern dance.

And about your work in FLIMSY?

FLIMSY was a beautiful opportunity for me and my loved ones to focus on creativity during a really difficult time. This pandemic has put the world through A LOT. It was our way of adapting and redirecting energy towards something positive and healing.

It’s been so rewarding to see this project gain such international acclaim with an award winning festival tour despite the current global climate. 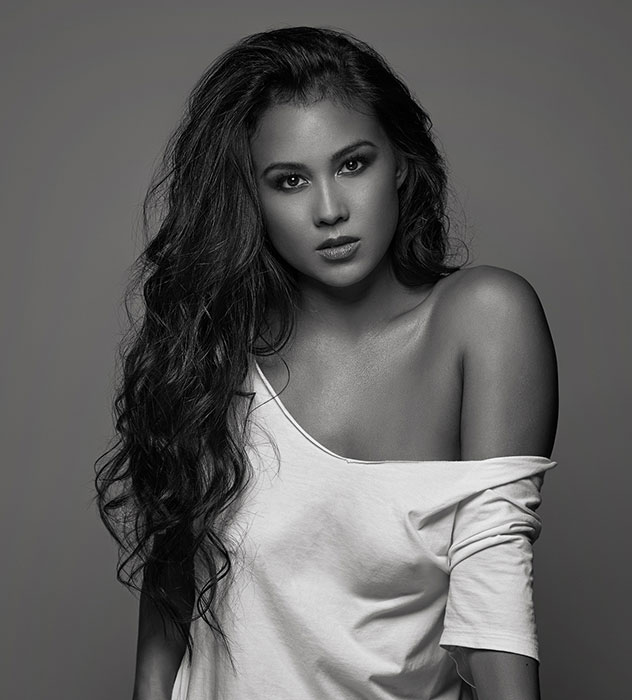 Within The Silence – by Jade Tailor (SYFY, The Magicians) is a project close to my heart. This film sheds light on surviving domestic abuse and is told through the imagination of a 7 year old hearing impaired girl. I played PIXIE (the fairy guide) which resonated so deeply because it felt like I got to honor my very own Pixie I had growing up. I think pieces like this are hugely impactful because there is so much work that needs to be done in the film industry regarding representation and inclusivity of the disabled community. We really wanted to do our best to show up for this and start making a difference.

The Color Rose (aka The Sinners) COMING FEB 2021 is my feature film debut as Katie Hamilton – one of the seven deadly sins, GREED. It was electrifying to be part of an all female lead cast, with a female director and female producers on the front lines. It’s so exciting to see the international recognition it has already gained with award-winning acclaim. I’m so proud of our team 🙂

I’ve learned that I’m very much a Method actor … I like to dig deep into parallels with my own life experience, which is really enlightening and teaches me so much about myself. I usually read a lot, watch a lot, listen to music the character would listen to and just try to move the way she would so that all of that comes without thinking by the time I get to set. Then it’s just a beautiful organic discovery of moments and reactions when we get to filming.

I love the chance to explore as much diversity as possible. I also love magic … so give me a fairy, a mermaid, or a princess any day and I am so in. Beyond that, I’m drawn to resilient characters that fight for a strong message. I want to rewrite the narrative of Pocahontas (the first Missing and Murdered Indigenous Woman) and Princess Kaiulani (The Last Princess of Hawai’i) and bring justice to these stories for all my relations.

How is producing alongside Cody Kearsley? We recently did a great interview with him!

I respect and admire Cody’s artistry and talent so much. He is an amazing innovator, leader, and collaborator and it’s a privilege to know and create with him. Working with him is a very grounding and inspiring experience because he respects the craft of what we do with such devoted integrity. It really brings you back to the roots of why we do what we do.

Knowing that little girls who look like me will be able to look at the screen and watch movies and see stories that they can relate to that will inspire them to stand tall and speak loud and know that there is a place for them and that they belong.

What’s next for Keilani Elizabeth Rose in 2021?

SUNFLOWER – I’m writing my first feature film that I plan to bring to camera in the spring/summer of 2021. It’s a story about an Indigenous girl who survives the foster care system as part of the 60’s Scoop. She finds belonging and reclaims her identity when she makes her way back to her family and her culture.

This film is going to be my greatest gift yet because not only will it be a way to revitalize my language of Lheidli T’enneh but it’s going to be an incredible family collaboration. I will have my baby sister, KeAloha engineering the soundtrack with two-time Grammy Award Winning Printz Board and my middle sibling, Tiare on board for art and design.

We are bringing it back to the very beginning with this one. I can’t wait.

Always either “Comfort … who needs pants?” and “Have Winston prepare the car, please.” … not that good at finding a happy medium here yet.

Gratitude for everything that we have. Understanding privilege.

My Great Granny Seymour, The Matriarch of the North … she lived to be 103 and royalty from Britain came to Canada just to vist her on her 100th birthday. I wish I could listen to her stories.

Everything you are is all you’ve ever needed.

Beyond what I could hope for and even imagine …

Mama’s Hands – KeAloha (that’s my sister!) … it’s from her very first EP coming out this year and it’s so good!

If it’s a healthy dose in a positive way, then it’s a great platform for connection, education, and sharing.

Quote: “Ohana means family … Family means nobody gets left behind or forgotten.”

Movie: GIA (because HBO in the 90s is the sh*t) and I love Angelina Jolie

Book: I Know Why The Caged Bird Sings – Maya Angelou (or anything by Brene Brown)