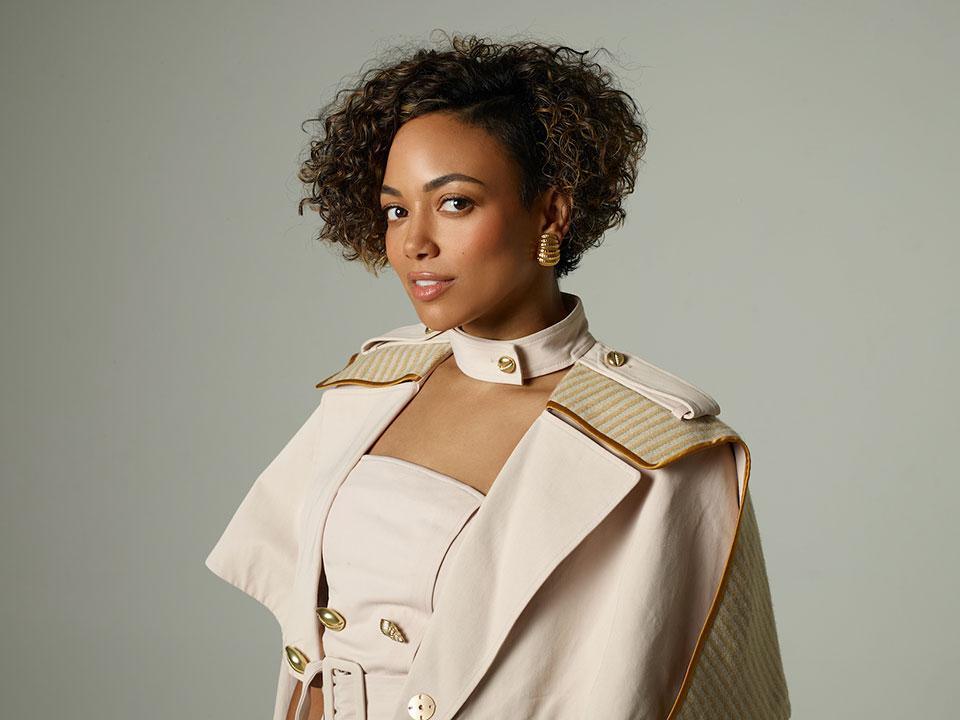 Check out our interview with fast rising actress Shailene Garnett who will be reprising her role as Iris Beals in the final season of the hit legal series Diggstown set to make its premiere tomorrow (October 12th) on CBC (Canada) and BET+ (USA).

Diggstown, which is the first Canadian drama series to feature a Black Canadian woman as its lead character, follows a lawyer who leaves her high-powered corporate job to work for a legal aid clinic in Dartmouth, Nova Scotia, after her aunt commits suicide. Shailene plays Iris Beals, a savvy, well-intentioned private investigator who advocates for her most vulnerable subjects.

Outside of acting, Shailene has a passion for giving back to the community and has teamed up with Light House Arts Centre in Halifax to present, Breaking Through the Screens, a new film industry training initiative catered towards Black Canadians in Nova Scotia. She created an acting program in efforts to help grow the local roster of diverse talent. 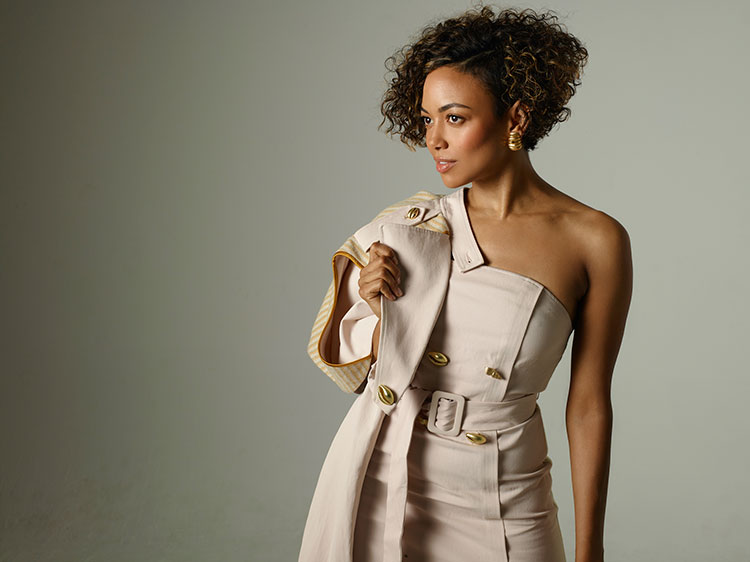 The short answer is, I was scouted by my first agent while I was on a language exchange program. When the program’s contract ended, I started going out for auditions — with zero training or know-how, and quickly realized that I definitely needed to take some classes. From there, I studied under various instructors until I found the ones that were the right fit for me, and quite literally worked my way up from there.

What is the best and also most challenging part of being an actor?

Outside of the thrill and challenge of doing justice to a role, what comes to mind for me is the different shooting scenarios. Sometimes you’re shooting for summer and it happens to be 40F that day — that’s definitely challenging. Then there are moments when I get to do my own stunts which is so much fun. I was flung 20ft across a floor on a rig, and for another project I was delivering my scene from a 40ft high rock climbing wall. You never know what’s going to come with a role and part of the excitement.

Tell us about your work in the final season of the hit legal series “Diggstown?” And about your character “Iris Beals?”

This season was quite liberating. My storyline has a lot of heightened emotions from a tragedy that carries over from the season before. Bringing forth some real-life elements to my heavier scenes was pretty therapeutic for me.

Iris is really cool. She’s tough and she doesn’t let adversity keep her down for too long. I admire her confidence to stand up to the people who have wronged her or the people that she is advocating for.

I love a good paranormal thriller. I love the intensity and the groundedness that comes with these situations that otherwise don’t exist.. as far as I know. Frankly, I have no desire to experience anything like that in real life! lol

Honestly, getting to a place where you can collaborate with your friends. There’s something special about working with the people that you’ve come up with. There’s a different energy to the workspace.

1) Everyone has different goals, different definitions of ‘success’, and completely different paths.
2) One liner auditions are not the most difficult auditions; Make a choice, know why you’re doing it and commit to it.

I don’t believe that we’re in competition against each other. I truly believe that what is for you will be yours. We have such a unique industry and as actors we need each other. We need people around us who are genuine friends first, who happen to be actors who can help and support you. I also learned the value of saying no, and knowing when to separate yourself from relationships that start to impede your personal and professional growth.

What’s next for Shailene Garnett in the last months of 2022?

After years in the making I’ve finally found a home for an acting workshop that I created. I am co-presenting a program called, ‘Breaking Through the Screens’ which is an industry-training program for Black Canadians in Nova Scotia. The community is very much under-represented in the film industry on the East Coast Canada and this program is working towards filling that gap. For the last few months of 2022, I plan to continue teaching.

I have a few people on this list, but I will go with Michael Jackson. I would like to have a sit down with him and hear his philosophies on performing, family and work/life balance. The way his family members speak about him in interviews, he seemed like a great person despite the image that the media portrayed.

In this industry in particular it was, “Don’t get an ego”. The advice was shared with me by one of the first people that I’ve ever met in the industry when I was just starting out. Not to say that I’m perfect and without ego; I’m constantly checking myself. I’m saying that this thought has always stuck with me. I think the excitement of “climbing the ranks” can tend to bring on a sense of entitlement like, “I’ve earned this”, in a way that is more egoic and less grateful. When this happens, the collaborative effort of the group is overlooked. It really does take a village to create the projects that we do, and we each have a role to play.

Yes, Emily’s House is a hospice for children in Toronto, Canada. It’s a beautiful set-up, and they provided comfort and support to my family during a loved one’s final stretch. They sit very dearly in my heart. I encourage everyone to look them up to see the incredible space and services that they provide during, arguably one of the most difficult times in a family’s life.

I have a love-hate relationship with social media. I think it can be a very powerful way to connect with people, and it makes the world feel more accessible. At the same time, I am guilty of going down the rabbit holes and devoting far more attention than I should. It’s important to find balance and spend way more time in the real world than stuck scrolling in our phones.

Book: Currently rereading ‘To Kill a Mockingbird’ by Harper Lee

Sports Team: I think I’m obligated to say the Raptors, but make no mistake, I am fully away that I am a play-off band-wagoner