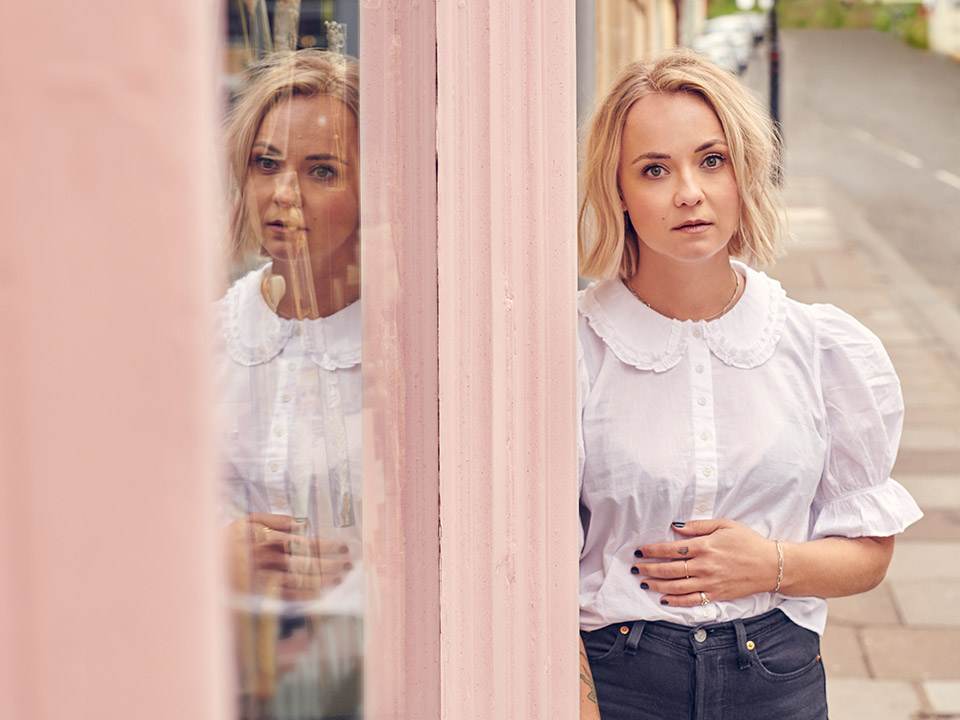 Jantine is a UK-based multi-platinum & award-winning songwriter/singer/producer/artist from The Netherlands. She signed to Sony Music Publishing in 2019 and has worked with a variety of artists including Skrillex, Ryan Lewis, Alison Wonderland and Hardwell. She’s also worked in the K-pop world, with cuts for Monsta X, SHINee and NCT127. With the latter release, she reached #1 in the Billboard Charts, with over 200,000 physical sales worldwide. As a vocalist, she has gained over 80 million Spotify streams and had airplay on BBC1 and SiriusXM. As a writer, she has racked up over 200 million Spotify streams and won a BUMA Award for her contribution to Dutch pop music.

In 2021 she decided to release her own music again and went back to her roots after a 6-year hiatus. Her first single “I Don’t Give A F***” got promising reviews and was widely supported across radio and Spotify. Her next track, ’Stockholm syndrome’, is coming out on September 10, 2021 and Naluda Magazine caught up with Jantine ahead of the release.

Hey guys! Thanks for having me 🙂

I started playing piano at the age of 5, and wrote my first song when I was 11. We had an all-girl band in our first years of secondary school and started playing some gigs. At one of the gigs there was this boy that introduced us to the local pop punk scene & label, and that was the start of it all really. I played with my bands over the years until I signed my first publishing deal and started focussing on writing for other people. It took a while until I got my first cut but the ball has been rolling ever since.

Tell us about your new track “Stockholm Syndrome’, which is coming out on BB Music Group – what was the inspiration behind it?

Where else could this track have been written but in Stockholm, with the awesome Matilda Thompson and Oliver Forsmark. It’s about this Swedish boy I fancied for a bit. I knew we would be an absolutely catastrophic duo but I couldn’t stop thinking about him, and even though I kept pushing him away in my head, there was this deep interesting side to him that kinda held me hostage and that I found so attractive.

Since Stockholm Syndrome is a condition where hostages develop emotional feelings for their captors this was the perfect metaphor for my Swedish love (crush) story. Oh and also, it’s a Blink-182 song 🙂

I grew up listening to ABBA, The Verve, Blink 182, Nirvana, Moby, The Corrs, The Offspring and Rage Against The Machine just to name a few. Quite the mix huh. For me it always has been all about the songs. Current inspirations are Phoebe Bridgers, Machine Gun Kelly and The Kid LAROI. 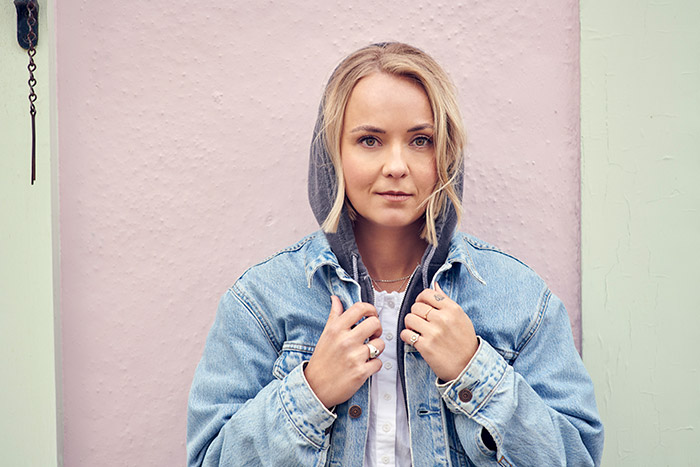 Who has been the most inspiring person you have worked with?

I couldn’t pick one person if I’m honest…

Definitely. I am normally calm, cool and collected until about 1 minute before the event/gig/situation and then I freak out haha.

Best gig you have ever played?

Must be Kingsday in the Netherlands! I hadn’t performed in ages / stepped down from being an artist and had to sing two songs in front of a 50.000 crowd that day. Definitely needed some vallies for that :’).

I met Mark Hoppus after one of Blink’s shows thanks to a dear friend of mine. That definitely was a crazy moment for me.

Did you have plans/gigs planned and cancelled because of COVID? If so, have you done any online events or interaction with your fans?

None actually, since I decided to step back into the light again over lockdown. Super super excited to play shows in the future though.

I love the beautiful and inspiring people I get to meet, the places I get to travel to write songs and the fact I can live off what I love.

What is less fun, but still rewarding, because you learn valuable lessons, is the fact that as a songwriter, you continuously have to justify the fact you deserve a fair payment / fair percentages. The landscape is changing though so I’m optimistic for the future <3.

What’s your advice for the newer singer/songwriters?

Never. Ever. Stop. Everyone has their own path.

I think that was Backstreet Boys – Millennium. What a record.

More single releases and we’re working towards an album release which is freakin’ exciting!!

A lie-in, avocado toast for breakfast, a long walk, board games and a G&T!

Yes!! I support WWF, PETA, and a Dutch pigs in need foundation (Varkens in Nood). Animal welfare is so so important to me. I’ve been a vegetarian / vegan since I was 8 years old and get heartbroken by some of the things I see. I try to do what I can and live a cruelty-free lifestyle.

At the moment: Ramen

And your favourite cheat food?

Frederic Chopin. How amazing would it be to see him compose and play???!?

Living in a cute house at the beach with my bf, two cats, a home studio and a skate park in the back garden.

A mix of girly and non-girly, flower skirts and band t-shirts.

I am naturally quite shit at it, but am trying these days!

Quote:
This one by the poet Leonard Cohen: