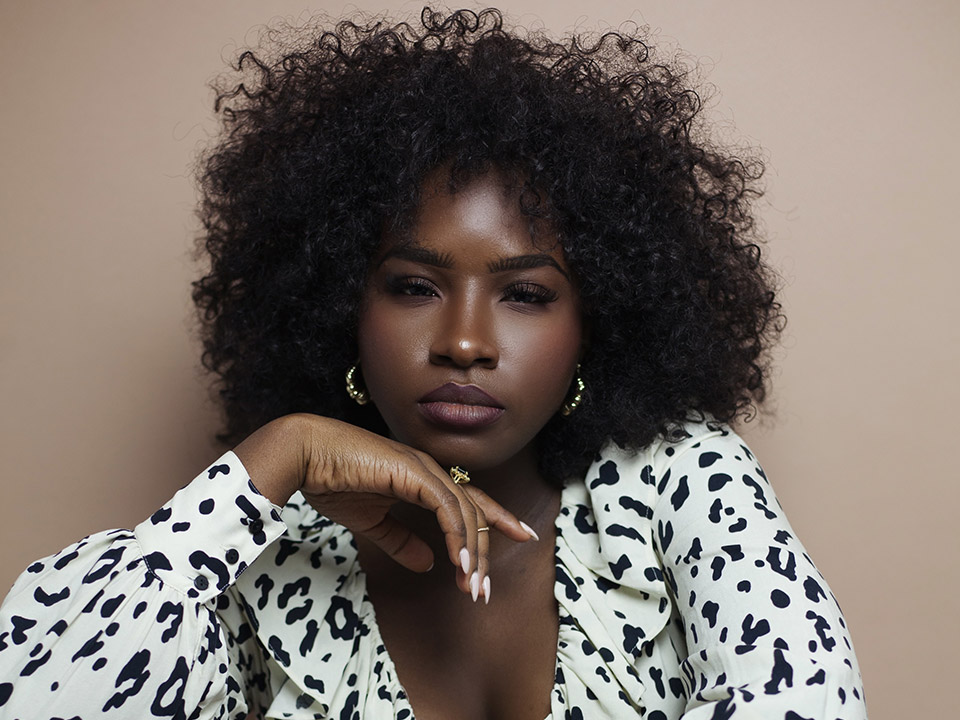 Zahra who will be starring alongside Tiffany Haddish and Octavia Spencer in the highly anticipated series Madam CJ. Walker about the inspiring story of trailblazing African American entrepreneur Sarah Breedlove who built a haircare empire that made her America’s first female self made millionaire.

In the series, Zahra plays Nettie Ransom, the sweet and proper wife of Ransom played by Kevin Carroll. Nettie is incredibly intelligent and a member of the National Association for Colored Women, to which she invites Sarah Breedlove played by Octavia Spencer to their next meeting. Nettie is very supportive of Sarah and her growing business and pushes her to pursue her passion. 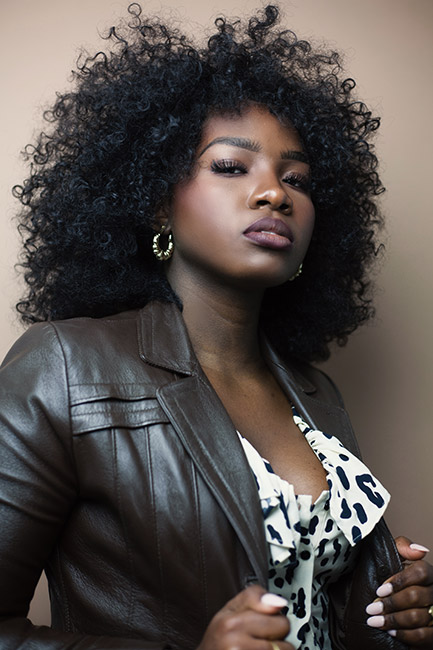 I would have to say…… Shamier Anderson. He was my high school sweetheart and we honestly grew up together. Having a black male’s perspective gave me another layer of understanding to this industry. We did everything together. From selftapes to red carpets, to flights around the world, to making movies. He was my introduction to LA/Hollywood and really opening my eyes to what was possible. I’ll forever be grateful for that guy.

It all started in music for me. When I was really young I used to sing at church with my mom and eldest sister Jamila. I went to Wexford CSA (Collegiate School for the Arts) in Scarborough, Toronto where I studied Drama Focus, Music Theatre and was in Dance Intensive for four and a half years. I wasn’t always in the arts though. I started as an athlete playing AA/AAA basketball, traveling to the states every weekend if not every other weekend. I was also heavily involved in sports at Wexford as well. I was juggling about 4-5 days a week in the gym while being in intensive rehearsals for both Drama Focus and our Music Theatre program per semester. By grade 10 I had to make a choice on what to put my full focus on, so I chose the arts. By the end of Grade 10, I got myself an agent in Toronto and the rest was history. Having the foundation of theatre helped me really understand what I wanted to do and set the tone of how to approach my work.

Tell us about your role on “Self Made: Inspired by the Life of Madam C.J Walker” What was it like working alongside Tiffany Haddish and Octavia Spencer? What is the most rewarding part of your work?

In Self Made: Inspired by the Life of Madam C.J Walker, I play a woman by the name of Nettie Ransom. Nettie is a highly educated, very sweet, intelligent, proper wife of ‘Ransom’ played by Kevin Carrol. She is a member of the Indiana Coloured Woman’s Club where she helps Sarah Breedlove, played by Octavia Spencer start her business.

I just remember there being a lot of laughs on set. But one that is sticking out to me would be the night we celebrated Blair Underwood’s birthday. We all just felt like family at that point. It had been a long day and we had just finished a scene with a whole bunch of background and the whole cast. It was hot (with all our layers and with the Toronto summer) and we were all ready to eat (you know black folks) but before we did we all broke out in a song and dance led by Tiffany, wishing Blair a Happy Birthday.

Working on Self Made: Inspired by the Life of Madam C.J Walker made me realize how much as an actor you’re irrelevant. In the sense that there are so many moving parts to creating a series of films. Just do your part as the actor so that you can make everyone’s life easier on the day. I was always taught it’s not about you, it’s about the team. The most rewarding part was realizing that I got myself there. That “I’m working with people I’ve grown up watching and admiring.” I mean, it doesn’t get any better than that. I feel honoured, for real.

What we can expect of Zahra Bentham in 2020?

I hope a whole lot more! I plan to release some music in the summer. You’ll be able to binge watch me again this year for Self Made: Inspired by the Life of Madam C.J. Walker come March 20th! As for everything else, I’m back on the grind with auditions. So I’m sure you’ll hear from me just now!

That’s hard as it all depends on my mood but by top three currently, in no particular order is:

Name one of your strengths 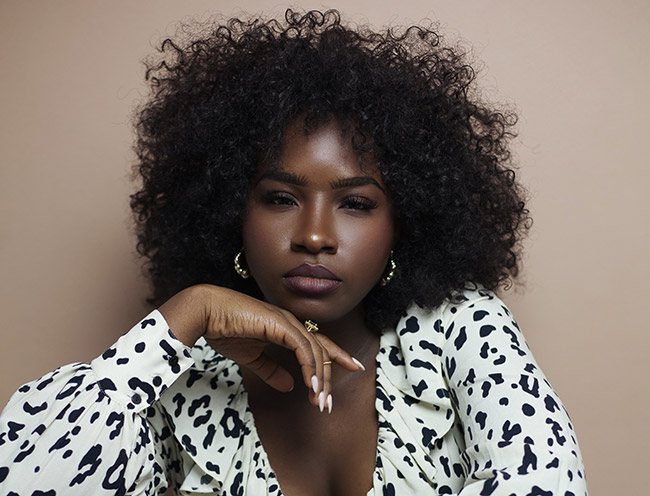 Surrounded by meaningful relationships, feeling fulfilled and in peace of mind.

Hard working, a risk taker, never takes no for an answer. Super loyal, and sometimes has too big of a heart.

Yes, I also sing! I’m currently working on my album with hope in dropping some music this summer. It’s all very nerve racking as it will be the first project I’ll be releasing to the world sooooo, keep a look out for that!

All depending on what’s going on in my life, but if I’m working on set, usually it’s an early call time so, up by like 5:00 AM or 6:00 AM and straight to set but If it’s a day off, my day could consist of many things. Either in the studio laying down a song to learning lines for an audition, or even writing a feature film to the beginning ideas of a song. Very rarely I get sleep, which is horrible but I do have days I have a major crash and I’ll sleep for most of the day or will be in bed most likely still doing work haha!

A big thing is my family — and most of my friends and extended friends know, that Sunday Breakfast at the Bentham’s is a must. Usually we all try and dedicate one day a week for each other and that’s usually Sundays. Some weeks it just can’t work because everyone has a busy schedule but we pride ourselves on cooking breakfast together and sitting down to enjoy a meal. All while talking about what’s going on in one another’s lives, or giving a quick update. That’s tradition.

I would have to say Rihanna — she’s just been pioneering for Black Women, especially in make up. She really pushed for having all skin tones being acknowledged within her line. Before Fenty Beauty it was a real challenge to get true tones for dark skinned woman. And then of course everything she puts out is one one hundred! She’s bomb!

Not having a relationship with his parents.

Prince. I’ve heard so many stories about how much of an amazing artist he was. I’m big on energies so it would just be a pleasure of being in the same space as him to feel his vibe and energy. Also, Phillip Seymour Hoffman because he was a genius at what he did. Just to sit and talk with him about acting and get his advice or even just watch him on set in a scene. I feel like I could have learnt a lot from him.

Damn, that’s a little challenging as things can change so quickly within my line of work but I hope to be living in Los Angeles, working on a series while filming movies in between my schedule. I would love to do a tour for my music and work with some dope Canadian artists like Daniel Caesar and Drake. Even Justin Beiber would be dope. I want to have a few property investments floating around by then. In the next 5-6 years I’d definitely want to start the conversation of kids. I’d love to be a mom one day. Honestly, all my aspirations and wants in life are great but what’s truly important to me is my health and happiness. As cliche as that sounds. I just hope I’m healthy and happy enough for all the things I want and desire can manifest into my life.

I 1000 percent have my moments with fashion. Growing up, I was very much a tomboy. Always in sweats with my ball shorts underneath, big t-shirts and sneakers or Nike slippers. Because I was always in the gym that was honestly the easiest thing for me. Then I went through my really girly stage where I was always wearing skirts and dresses and makeup towards the end of high school. Now I think I’ve really found my style. It’s a mash up between tomboy and girly-sophisticated. Most days I rock some Jordan 1s because being in a little heel can be super annoying and not comfortable. I’m pretty practical nowadays. I love colour and or doing all the same colour spread. Like all neutral tones together? That’s a vibe!

Feel free to join me on my journey — @ZahraBentham