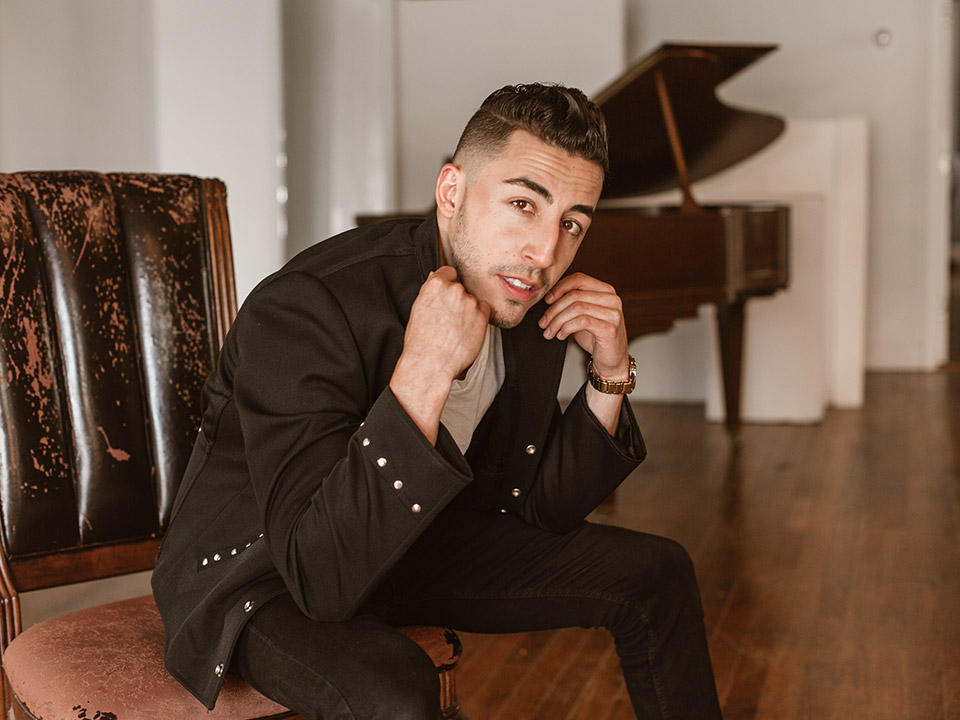 Described as “one of music’s most wide-ranging, genre-busting artists” by People.com, Ricky Duran is an irrefutable talent and electrifying entertainer making music for the soul. Duran garnered international attention with his soulful vocals, fiery guitar playing and compelling performances on NBC’s The Voice. The Season 17 Runner-Up has since released a #1 iTunes-charting single and sold out shows, showing himself to be more than a fleeting show success – he retained fans and amassed more. His vulnerable songwriting and ability to capture an audience on and off stage transcends trends, while his musical abilities and influences from Jimi Hendrix to John Mayer and Leon Bridges shows his music knows no bounds – he is timeless and a genuine creative that no label can penetrate.

Hi Ricky, please tell us a little about you?

Sure. My name is Ricky Duran. I was born in Worcester, MA and my parents were immigrants from Guatemala. I’ve got a lot of personal history that has lead me to where I am today. Music has always been my dream and my reality.

My father was a musician and taught how to sing, play piano, and guitar. After graduating from Berklee College of Music, I began performing at local venues and events in MA. I was runner up on NBC’s The Voice season 17, which really launched my career to the next level! I’m appreciative of the opportunity it’s given me.

Music has always been a part of my life. I feel that I view things a little differently then most people. I was lucky enough to grow up in the states and have parents who supported my creativity. I’m all about making the most out the time I have and I’m just happy I get to be doing what I love.

I pushed my way in the industry. My father gave me a guitar and taught me how to sing and I decided I was going to be a musician. Determination, focus, and persistence has gotten me to where I am. I guess I’m proud to say I didn’t have anyone usher me in. Everything I have, I’ve earned.

That’s not possible. I guess I’d like to say it’s authentic, soulful and timeless. 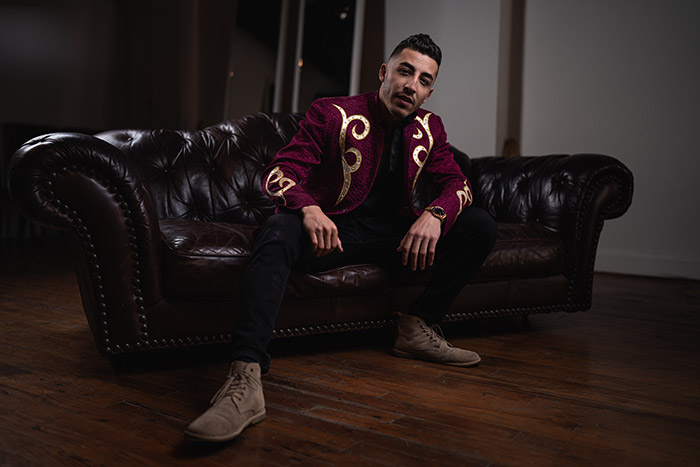 Well blues music really got me hooked. Jimi Hendrix, Stevie Ray Vaughan, Freddie King, Albert King, Stevie Wonder, etc. Something about these players and the music they created really inspired me. It wasn’t a choice, I just really enjoyed studying it. In high school I never played sports or did any after school activities because all I wanted to do was go home and play my guitar.

Quite a few. I play guitar, piano, bass, drums and harmonica.

Yeah for sure. Mostly in social settings haha. Before a show I get anxious, but I thrive on that feeling. I’m nervous until I hit the stage and then its all adrenaline!

Tell us about your new single “Waiting On You?”

“Waiting On You” is a song I wrote years ago after my father died by suicide. I honesty wasn’t sure if I’d ever release it. It’s a deep song.

After my father passed away I was having a really hard time coping with what had happened. I think I used music and songwriting as a way to deal with my problems. I wrote this song in my fathers perspective, as if he was speaking to me. Things I thought he would say to me if he could. Like I said, it’s a very deep and personal song.

The most rewarding part of my work is my fans. People come up to me surprisingly pretty regularly and tell me how my songs have helped them in some way. That lets me know I’m on the right path.

Tell us about your experience on popular TV show “The Voice,” and the feeling to finished as the runner up. That’s amazing. Congrats!

Thank you! The Voice was an incredible experience, it’s really something you can’t describe. I was on international television with some of the most renowned artists of our time. If you meet me, I’m a very easy going and laid back person. It takes a lot to excite me. But that was definitely a cool experience, I was really enjoying my time on the show. It was incredible.

Every entrepreneur lives by their own book.

I hate preaching.. but some things I can say I’ve learned in my life are:

You can achieve anything you want if you dedicate yourself to your goals.
Friends and family are everything,
Fake people ain’t worth your breath, and
Time is unapologetically constant, so do what makes you happy.

Honestly you’d have to ask him. I’m sure it’s all nice! Probably that I play my guitar too much.

It would be about tolerance of different people in different walks of life. I don’t know if it’s how my parents raised me or what, but as long as I can remember I’ve always given everyone an equal opportunity. I’ve always thought how strange it is that one of the first things we learn as children is to share with others and to be kind and yet when we get older, such basic values get thrown out the window.

I’m very excited for the next coming months. I have some big shows coming up and an album coming out in early 2022. I’ve been working hard getting things together and it feels like its all finally coming together.

I’m obsessed with Poke. Can I plug my sister’s restaurant here? Atlantic Poke in MA is the best.

Happiness for me is doing what you love surrounded by the people you love.

Jimi Hendrix. I think he was on a totally different wave length then anyone of his time.

It’s a simple one.. But it’s hard to actually accomplish. Be yourself.

I’m a big supporter of the American Foundation of Suicide Prevention, as well as charities for cancer research.

I’d like to receive a Grammy nomination and collaborate with my favorite artists. That’s what I see myself accomplishing.

My favorite song is different everyday. But if I have to pick only one, it’s “Let It Be” by Paul McCartney and the Beatles. It brings me back to my childhood when my dad would sing it at family parties.

Social media is so interesting to me. It’s become the main source of our entertainment and information. If I’m going to be honest, I think it ultimately distracts from what’s important in our lives. But it does give people in my industry opportunities we wouldn’t have otherwise and it’s a great way to keep up with my fans.

It would mean a lot to me if you’d go to my website www.iamrickyduran.com and add me on social media and streaming platforms. Thanks for your support!