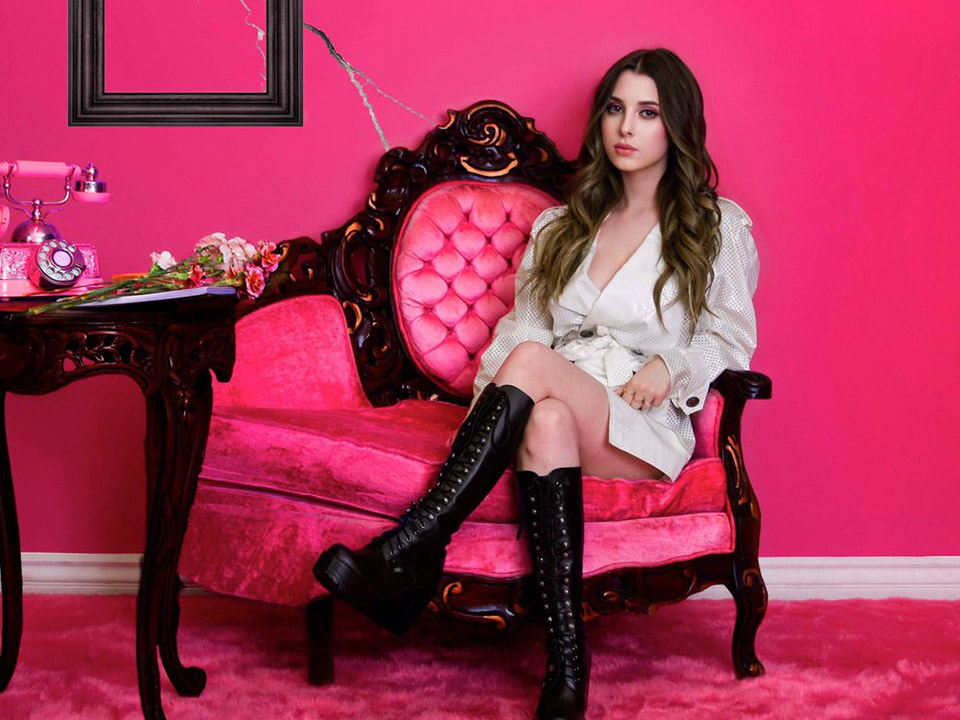 Check out our interview with talented singer-songwriter Yaz.

With the release of her latest single “Fall Apart,” Yaz is continuing her momentum as a solo artist with a new music video for “Fall Apart.” Yaz’s music career has seen much success with her previous tracks with indie artist Austin Ward. Her debut track, “Malibu 1992” with Austin Ward, has over a half a million streams, and their music video for “Got Your Love” achieved over 200,000 views.

“Fall Apart” was Yaz’s fifth single release. Yaz wrote it with the help of Eden Eliah Nagar, Seeno Shahrooz, and Cody Lovaas. Inspired by true-life events, “Fall Apart” is a love song at heart with lyrics such as “I wish that we knew where we were headed from the start / Wonder why we didn’t see / You’ve been blinded just like me” that tell the story of a complex romantic relationship.

The music video captures the California vibes with vibrant colors. True to her romantic lyrics, the video features her and a male character, with an added creative touch utilizing pop art animation. The track was expertly mixed by the Grammy-nominated Spike Stent and Michael Freeman. Stent is known for working with many noted celebrities such as Madonna, Lady Gaga, Beyoncé, Coldplay, Gwen Stefani, Maroon 5, Ed Sheeran, Justin Bieber, and Harry Styles. The video was directed and produced by AZ films, they are known for their work with Frankie J., Baby Bash, Sean Kingston, Snoop Dogg, T-Pain, and more. 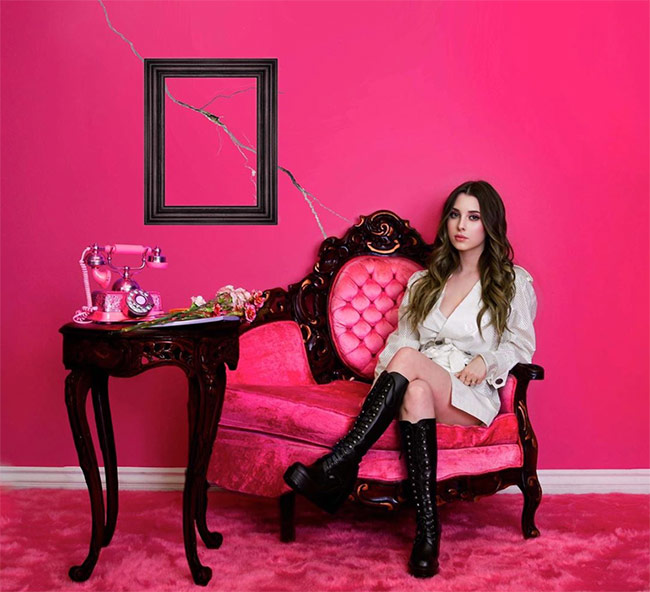 Hi Yaz, please tell us a little about you?

Hi!! I’m a singer-songwriter based in LA. My family is originally from New Zealand but I grew up in Los Angeles and my life revolves around being here. I’m also in my last year of college, finishing a degree for film school.

My family has made the biggest impact on my life. They’ve pushed me to follow my dreams and have always stood by my side.

Well, I grew up around music. My dad’s in the industry and has been since he was in his early 30’s. After moving here from Wellington, he came out to Los Angeles with our family to run his business EastWest Sounds. In 2005, he bought a recording studio and saved it from being decimated and turned into a parking lot. Before it was EastWest, Frank Sinatra has his personal offices in the studio and it was the site of incredible recordings like The Beach Boys’ Pet Sounds, Mama’s & The Papa’s “California Dreaming”, everyone from Barbra Streisand to The Red Hot Chili Peppers, you name it. My dad couldn’t let the place be torn down, so he took it under his wing and redeveloped the building, but kept the studios the exact same because of their history and amazing acoustics. Because of this, music has always been in my blood. I grew up listening to music with my family, specifically The Beatles, and I always loved to sing. I never considered it ever becoming my profession, but the older I got the more clear it became that music was what I’m supposed to do.

I didn’t go to music school, but I did go to a Waldorf school from 3rd grade until my senior year of high school which requires years of music class, music history, etc. I also took a few classes in college about music theory and history, but I’m getting a film degree. My focus is in music, but film has always been something I’ve admired. Plus, my major covers multiple aspects of media which music always tends to bleed into. It’s all relative.

A lot of people have influenced me, but if you’re taking about musically – The Beatles are who made me realize the beauty of songwriting and emphasized the power of the feeling music gives you. It’s always been crazy to me that hearing a song can give you body chills. When I realized that music did that to me like nothing else, I was like… is this a sign I’m supposed to do this?

Yes, yes and yes. I’ve sang my whole life, but I never labeled myself as a singer when I was younger and I was always soooo shy in that regard. It’s only in the recent years that I started singing in front of other people. When it comes to being in the studio, I’d say I don’t really get nervous anymore. I’m comfortable enough now being in a studio setting to kind of let those nerves go. But last year I did my first live show, and although it went good I definitely lost my shit behind the scenes. I pulled it together, but of course starting out the nerves are always there! I’m working on getting over that.

Now tell us about your new video for your recent single “Fall Apart?”

The video for “Fall Apart” was really fun because we worked with an awesome video production company called AZ Films, and the crew was so awesome and encouraging. It was shot in a day in my family’s place in Palm Springs and it was very summery-vibes. I shot it with Eden, my boyfriend and producer, which obviously felt so natural and fun. The video came out beautiful.

Due to corona, I can’t say anything for the foreseeable future. But I’ve had more time to work on an album, so there’s that! 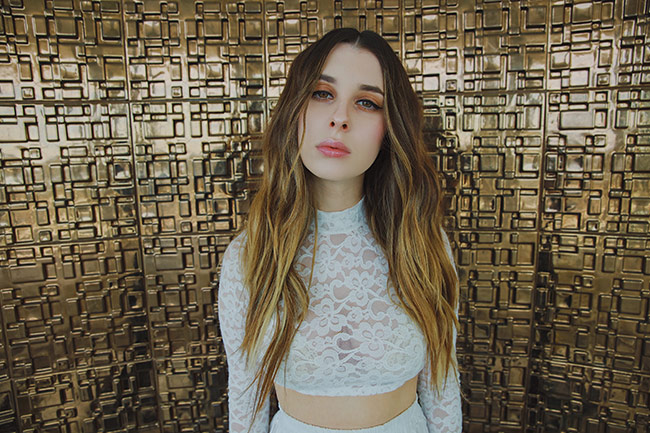 Hopefully an EP alongside some beautiful visuals 🙂

I love anything Still Woozy, I think he’s my favorite artist right now.

When it comes to the studio, I’d say my strengths are in harmonies, coming up with ad libs, and anything vocally – I don’t play any instruments, so I’m always thinking of where the song will go vocally, and how it all ties in with the production and songwriting.

Loving your life, what you do, who you surround yourself and most importantly — who you are.

Nothing yet. I’m in the making-process. But there’s definitely exciting things being worked on. 🙂

Well I’m a student, so I go to school three days out of the week. But I always work out time to do both school and music. Thankfully I have a studio at home, or down the street to go to. 😛

Wake up, listen to music, make some breakfast, make some music, watch something inspiring, eat again, make more music, educate myself on something new, go to sleep, repeat!

I’m a vegetarian so I eat a lot of veggies! I love asparagus, broccoli, corn, etc. But I also love a good salad.

I’m a pasta gal at heart.

If they’re not funny.

I’d prob wanna meet John Lennon because I believe he’s one of the greatest songwriters of all time. I mean, obviously I’d meet Paul or George or Ringo, but when I saw dead my mind instantly went to John. I would just love to see his music process, his approach to songwriting, his flow. I’d also love to meet Beyoncé if I could meet two people. I fricken love Beyoncé.

Hopefully happy in both life and in music. Everything in life is up and down, so I hope to just be creating things I love and have people relate and resonate with my music.

I have a lot of stuff for different vibes but I love a good jean, biker jacket, and lace up boots type of look.

Whenever I think about social media, I try not to be negative and think of it as so black and white. It can be a tool used for so much good – and sometimes it is. It can bring us together, it can be a place for people to showcase their art, their craft, their livelihood. It can help businesses thrive. But like everything, it can be abused and used for bad.

I’m on all social media.

Also “Yaz” on Spotify and Apple Music – & everywhere you can stream music.

Quote: “When I was 5 years old, my mother always told me that happiness was the key to life. When I went to school, they asked me what I wanted to be when I grew up. I wrote down ‘happy’. They told me I didn’t understand the assignment, and I told them they didn’t understand life.” – John Lennon