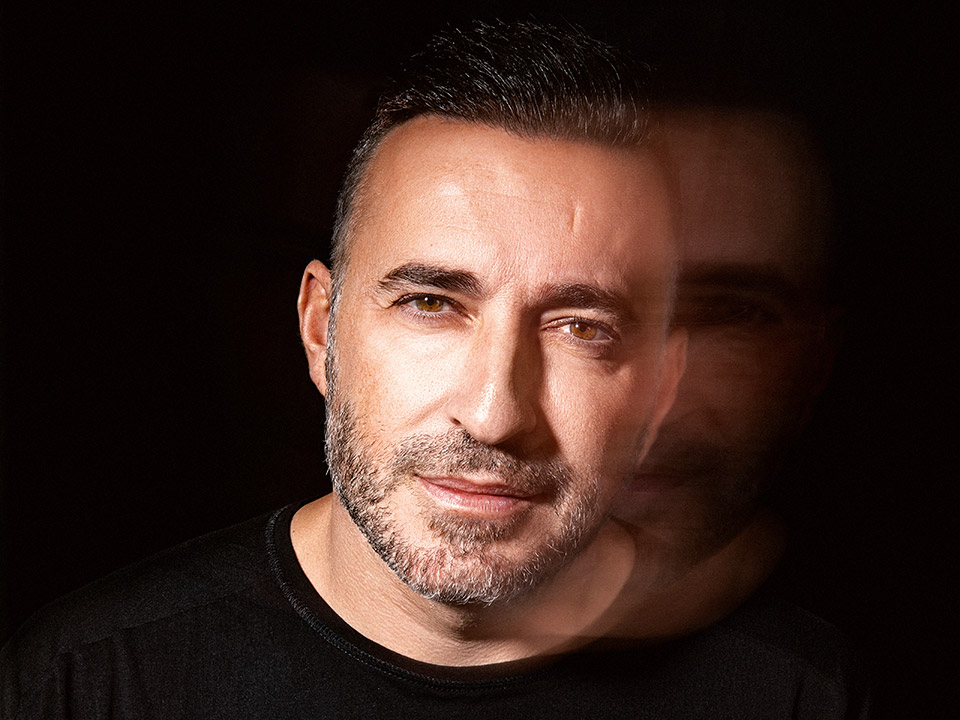 Valeron has long been immersed in the Mykonos club scene, first as part of the crowd and then going on to make his mark as a producer and DJ. Now as long-term resident artist at the iconic Scorpios Mykonos, the island native looks to release his fourth personal album Aroma on September 9, 2022 on the in-house label Scorpios Music.

A rare feat for a well-versed hand that has helped shape an island’s electronic music scene and now DJs from a pedestal, Valeron’s upcoming album frames Greece’s diverse musical history through a contemporary lens and acts as a testament to the current collaborative milieu of the island — a dance between Mediterranean and Middle Eastern instruments, all acoustic and recorded live, with the Mykonos native‘s hovering hand on mixers and synths. From the upcoming album, Valeron now releases “Fragile” as the first single.

We caught up with the man himself to find out more…

Hi Valeron, please tell us a little about yourself?

I’ve been performing music for the past 25 years, and I’ve already produced over 300 songs and created 4 personal albums. I also enjoy playing tennis, watching movies based on true stories, kitesurfing, and traveling.

At the age of 16 I thought my life would turn out very differently. I was a professional tennis player then. Inevitably, music transformed my whole life and of course all of my plans. At first being a DJ was very challenging for me. I was young and inexperienced. Soon, I left my hometown in the hope of finding better opportunities and job prospects in Athens and in Mykonos. But everything really changed in my life, when I decided to move to Mykonos for the summer season. This decision brought me to this point I am today: everyday working very hard and giving my all, so as to make my audience feel my vibe and travel through my music.

Tell us about your new single ‘Fragile’

One of Sting’s favourite songs for me is called “Fragile”. Since last summer, this song—which we first performed live—has evolved into the band’s epilogue at every show. So, I made the decision to rework it, record Gabriel’s voice and release it as an official single. I used the guitar as the key instrument and enriched the original melodic theme, by adjusting the synthesisers and vocal phrases.

You also have a new album coming out on Scorpios Music, is that correct? Can you tell us more?

We are preparing the release of my 4th personal album, which will come out next September by Scorpios Music Label. The album’s concept is the same as that of the previous albums. We blend electronic music with traditional instruments, ranging from downtempo to deep house. In addition to Greek melodies and songs, we also perform music from the Middle East, the Balkans, Latin America etc. This album also includes two covers: one from Sezen Aksu and his Turkish song “Istanbul” and one from a traditional Greek song, called “Aroma”. One point to note is that my band and I have been performing live shows at Scorpios Mykonos since 2017.

Which artists and styles have inspired and influenced you over the course of your career?

Hadjidakis is, in my opinion, one of the best composers ever and has greatly inspired me. He is also one of the most well-known composers in the world.

I enjoy watching movies as well as sunsets.

Best stage you have ever played on? 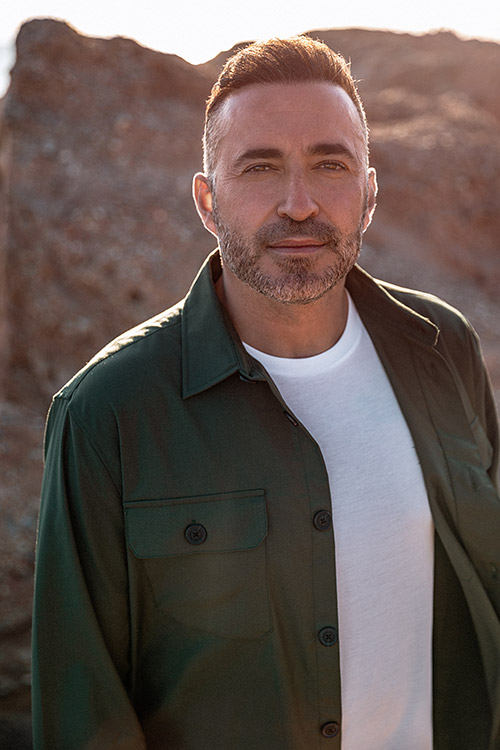 Funniest / craziest thing that’s ever happened at an event?

During my live performance, an owner of a well-known European football team appeared on stage and outfitted one of my musicians in the team’s official T-shirt.

I find the greatest fulfillment in my job when people enjoy and respond positively to what I play.

As I mentioned in the beginning, the release of my 4th personal album is going to be the ultimate highlight of this year for me.

Organizational skills are my superpower.

Chilling with friends, having drinks, listening to music and watching the sunset.

The answer is always, fish!

Manos Hadjidakis to keep creating music for us.

Playing less gigs and enjoying life at the seaside.

Quote: “You will never get this moment back, make it count”

Thanks so much Valeron! We wish you all the best with the album release!