Home Editorials EDITORIALS FEATURES Bleach it Away: Can Treated Hair Skew a Hair Drug Test in... 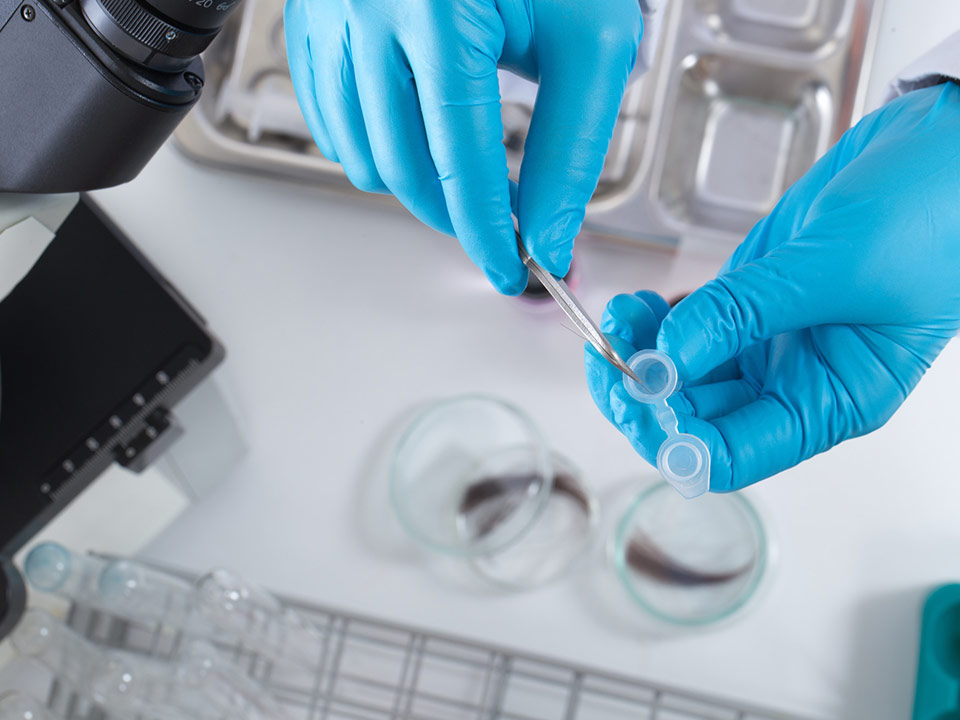 Whether you’re getting drug tested as part of the hiring process, as a normal procedure at work, or to comply with the law, it’s always an interesting experience, especially if you have to pee in a cup.

However, an increasingly common practice for many employers and agencies alike is a hair drug test. Hair drug tests can be more accurate than other testing methods, they don’t require an awkward urine and/or saliva sample, and they’re harder to fake.

If you have a hair drug test coming up, you might be thinking you’re out of luck for getting around it because you have chemically treated hair. Lucky (or unlucky) for you, you’re probably in the clear, no matter what you’ve done to your hair. Keep reading to learn more.

What Is Hair Drug Testing?

For a hair drug test, all you need do to supply a small sample of your hair. Don’t worry about having to rip out the follicle: it’s not necessary. You just need to snip a small chunk of hair and give it to the testing facility/to the facilitator.

The facilitator will often snip the hair themselves in order to make sure you’re actually giving your own sample.

Some kits require the hair follicle to be tested. This will depend on the test and/or kit used.

What Drugs Can Be Detected in These Drugs Tests?

Most hair drug tests can detect numerous drug types. These include:

You can get more information here about exactly what certain kits test for.

Why Use Hair Testing Over Other Methods?

Hair drug tests can detect drugs in a longer/larger window of time. Many drugs rapidly leave the system and thus cannot be detected with saliva and/or urine analysis. With hair testing, however, the drugs and their metabolites stay for longer.

That’s why you get more positive drug tests when you use hair drug tests. It’s not because other tests are incorrect. It’s because hair is better at detecting drug use from a longer time period than other test types.

How a Hair Drug Test Works

When you use drugs, they enter your bloodstream and are distributed throughout your body. Blood containing these drugs will make its way to the scalp and become incorporated into the hair follicle and, eventually, the hair itself.

The chemicals from the drugs can stay in your hair up to 90 days after you consume/use the drug. However, it can also take a few days after consumption for any drugs to be detected in your hair.

So… Can Chemically Treated Hair Help Avoid a Positive Result?

The short answer? Probably not, but it could happen.

Chemical treatments of the hair, including coloring, bleaching, and permanent curling/straightening, only slightly change the make-up of the hair, and likely wouldn’t damage the drug chemicals within it enough that there would be none detected.

That is, unless you bleach it over and over. You would have to take your healthy hair and ensure it became extremely damaged with at least two bleaching treatments.

You’d have to bleach your hair to the point of it breaking and falling out of your scalp in order to get around a hair drug test. This would also burn the skin on your scalp, making it incredibly painful.

So while you can destroy drug metabolites in your hair before a drug test with multiple rounds of bleaching, it’s quite difficult, and there’s no guarantee you’ll get the result you’re looking for.

Other Types of Hair

There are other stipulations that make bleaching a not-so-viable option for beating a drug test. One of those being that the sample doesn’t necessarily have to be the hair from the top of your head. They can test arm hair, leg hair, armpit hair, and even beard hair if necessary.

Unless you want to bleach every hair on your body to the point of breaking and damage, you’re out of luck.

The ability of bleach to destroy the drugs in your hair will also depend on the amount of drugs you’ve done.

If you smoked marijuana once two months ago, you’ll already have lost a good amount of the drug in your system because of drug breakdown and it “leaching” out of your hair. In that case, a bleach treatment could do the trick at destroying what’s left.

But if you’re a heavy drug user or used a few times within the past couple weeks, there’s going to be a much higher amount of drugs in your hair, making it harder to bleach it all away.

Are There Other Ways to Skew the Test in Your Favor?

Besides bleaching, some people try “cleansing” and detox diets. While there’s no proof these methods work, if you’re desperate, you can try it out.

People swear by vitamin B3 supplements because vitamin B3 can trigger increased blood circulation and breakdown of toxins, which can potentially help rid your body of drug metabolites faster.

In desperation, many others try shaving their head. But not only does this look extremely suspicious to any drug tester, but it also isn’t always effective. Remember, some kits allow for testing of other types of hair on your body.

While bleaching your hair sounds like a surefire way to beat a drug test, it isn’t always effective. Chemically treated hair isn’t the solution: not doing drugs is.

Hopefully this article helped you understand the process, even if it didn’t give you the answer you wanted to hear!

It can’t hurt to start a cleanse anyway. Check out our tips to be successful in your next detox.

Everything That You Should Know About A Wrongful Death Case

The benefits of using CBD oil for skin

Should You Consider A ‘Tech Detox’ Vacation?